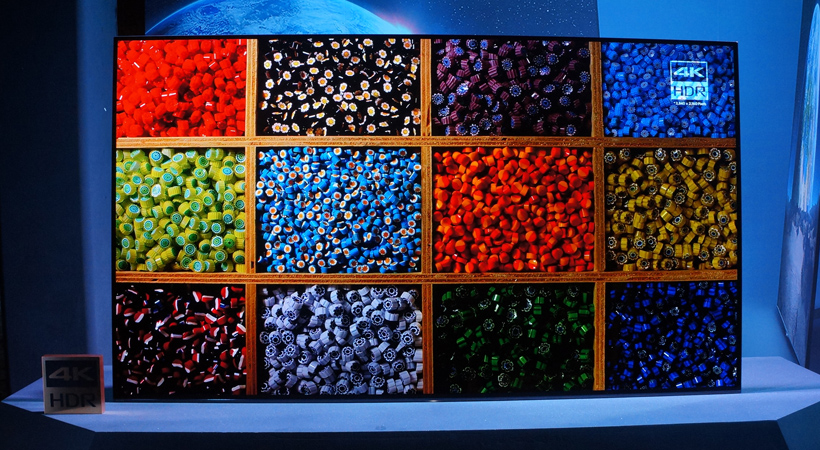 We’ve seen the future of Home Entertainment and we want to marry it! Last July 4, 2017, Sony Philippines unveiled what is probably the most advanced piece of TV the market has seen – the luxuriously gorgeous Sony Bravia A1E. 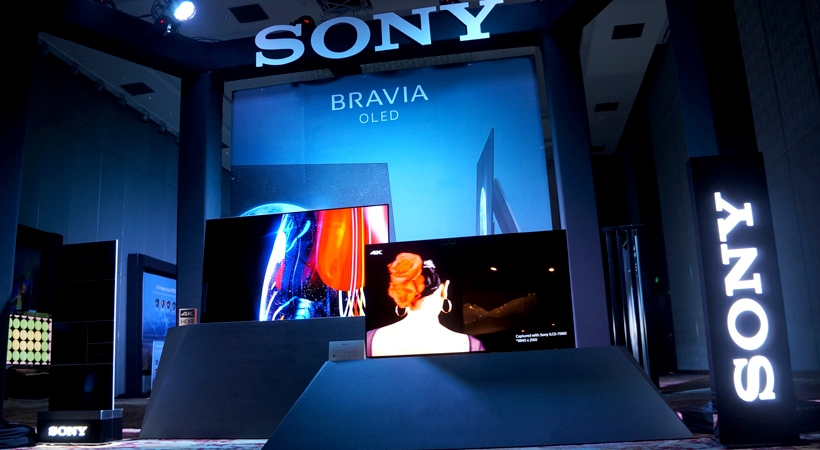 While a lot of various brands have been outing curved 4k screens, Sony revealed that people actually prefer flat screens and this demand is growing steadily each year. 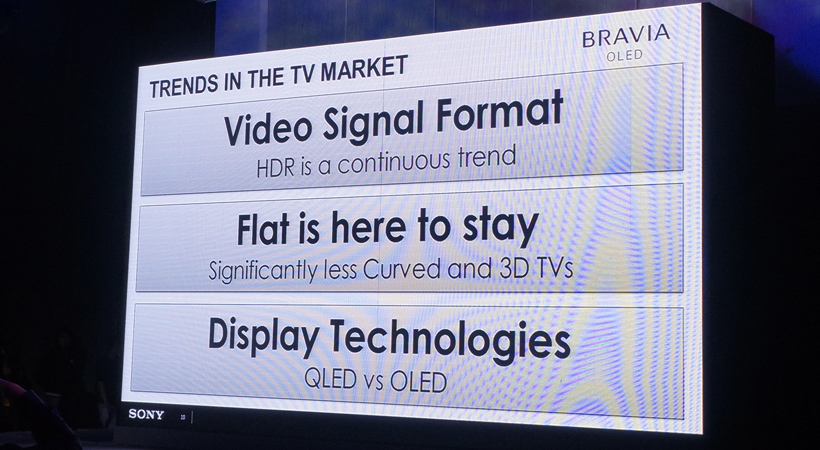 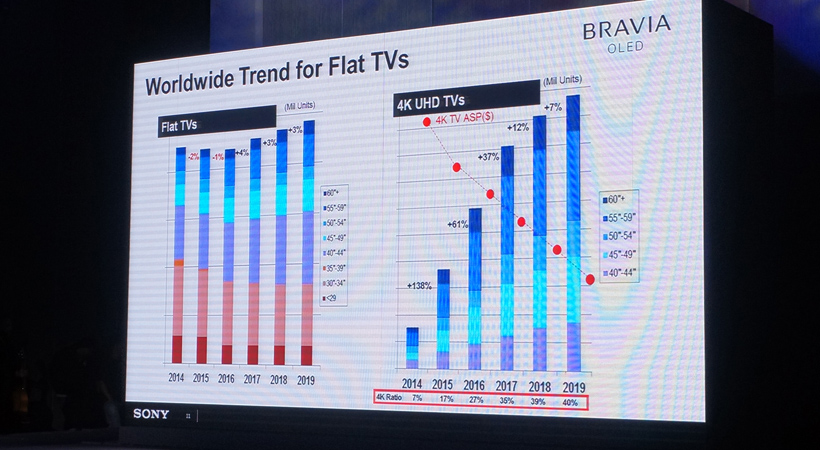 The A1E series is a testament to the electronic giant’s pursuit of the ultimate viewing pleasure. Ultra-thin, yet packs crystal clear display, the A1E is more than just a pretty screen – it’s pretty much its own mini home theater setup…without the bulk.

High Dynamic Range (HDR) display allows the Bravia A1E to produce really deep blacks and luminescent whites to produce the best display possible. HDR tech also allows oversampling of images so that even if your source isn’t 4k yet, it still looks crystal clear on screen. The addition of the Dolby Vision support, the HDR format from Dolby Laboratories, is sure to make your viewing as cinematic-like as originally intended by the film makers themselves.

THE SIMPLICITY OF THE SLATE DESIGN

Even if you don’t mount your screen on wall, the Sony A1E opens up nicely on your desk (or on the floor) with its slate design. It’s very simplistic in nature and feels premium yet oddly organic. You can sense the Japanese’s Zen design sensibilities working here and we are super liking it! 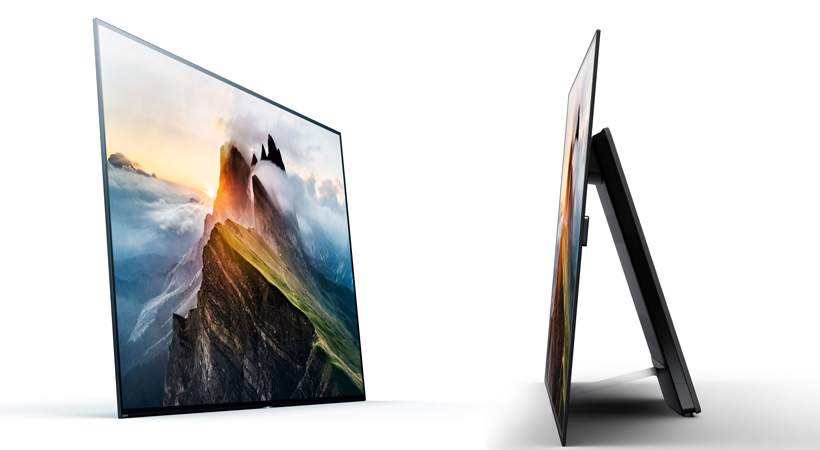 AUDIO YOU CAN LITERALLY FEEL

Another aspect that sets the A1E apart from the rest of the line is how it was able to re-imagine the audio output of the TV. While most screens hide the speakers on the sides or back, the A1E positions the speakers directly at the center of your screen. Hence you feel that the sound is literally coming off from your monitor. 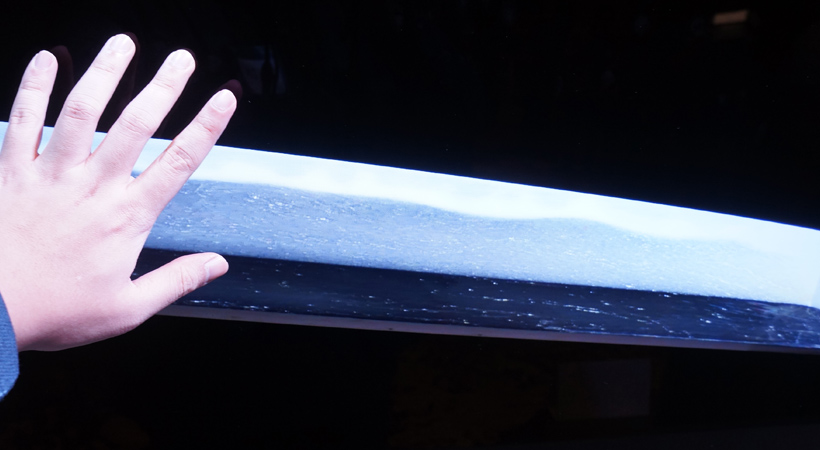 In fact, during the demo, the people at Sony encouraged us to touch the screen and “feel” the sound coming off from it. While most people wouldn’t normally watch like this, it does show how magnificent the new Acoustic Surface technology created by Sony is. While most conventional TV emits sound through the sides, taking advantage of the OLED’s backlight-less structure, the Accoustic Surface produces sounds with natural progression and accurate tracking. Audio levels adjust intelligently as well so you can let go of your soundbar.

A HOST OF HDR TVS FOR YOU TO CHOOSE FROM 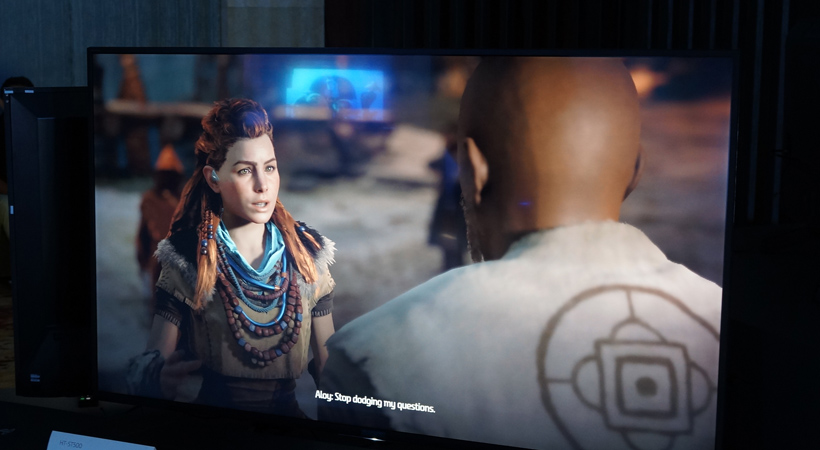 Aside from the A1E, Sony showcased all its 4k HDR TVs that are catered to a whole range of people. Most of them have built in Android TV and Chrome Cast allowing you to view your favorite online media to a bigger screen. You can also hook your tv to a PS4 Pro, currently the only gaming console that supports 4k gaming (well until the new Microsoft Xbox One X comes in). Depending on your net, you can also stream Netflix on 4k as well. Here’s to more Terrace House in stunning 4k! Woot!

- Advertisement -
Previous articleDoomfist Ability Test | How does Doomfist fare against other Hero Abilities?
Next articleLooking for a New Monitor? The AG217QG just may be the one for you! | AOC Agon AG271QG Monitor Review