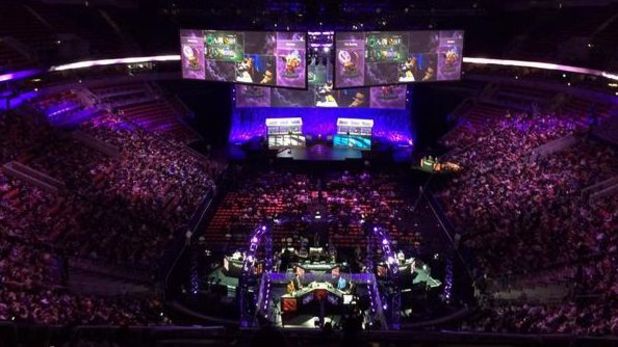 We’re a couple of months away from The International 2017 and all the teams going into the biggest annual Dota 2 tournament have been determined. Through the direct invites and the qualifiers, the roster for TI 2017 is literally the best of the best Dota 2 teams in the world and, considering how the past tournaments have turned out in the past few months, it would be safe to say that the 20 million dollar prize pool is free for the taking by any of the teams who dare to dream big. The 2017 format has remained largely unchanged but word broke out earlier today about plans from Valve to change the competitive landscape come 2018. Some players and casters have expressed concern about the current state of the game and this seems like a good first step towards addressing that concern. Check out the TLDR of it in the graphic below as we look at how this will impact the teams going into 2018.

Let’s talk about it point per point:

That’s a lot of information to take in but so far, it’s looking to be a good change for the scene. Not only will 3rd party tournaments be more important than ever, it’ll assure teams that their progress as a team is well documented and given the fact that QP’s are the sole basis of TI8 invites, it would be clear as day as to who will get invited or not unlike before where the criteria for getting invited to The International wasn’t very clear. For an up and coming team, this is great news as their team may finally look to break into the scene and for the current pro players, who sometimes rely on past successes to get invited, they have to be on their toes the whole time and keep on improving if they want a shot at TI 2018.

How do you feel about these updates to the competitive landscape? Do you feel that this was a good change? Let us know in the comments below!

- Advertisement -
Previous articleMatterfall is coming to give you an awesome 2D Shooter / Platformer Experience!
Next article[WATCH]: A Sneak Peek of the “Spider-Man : Homecoming” Early Minutes of the Movie, a Film by Peter Parker