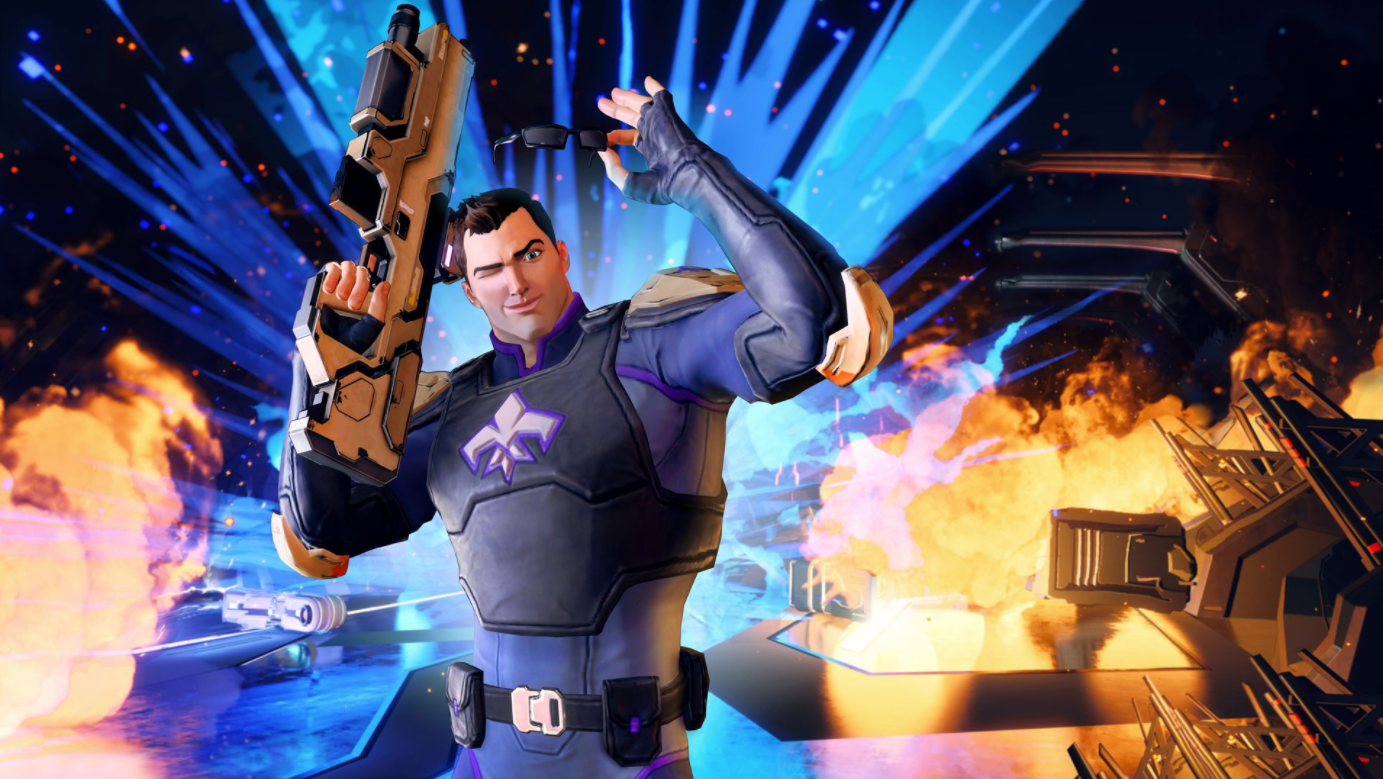 Minutes after the download completed, I strapped myself in for a long night. I sat back, cracked open a cold one, and proceeded to jump into the game as fast as I could. I was excited, and for good reason, Agents of Mayhem looked great and if the trailers and videos were any indication, I was in for a treat. As the opening cinematic played out, I was giddy but somehow kept saying to myself that something doesn’t feel right. These agents, with different styles and abilities teaming up to stop chaos from happening, looked waaaay cool but felt eerily familiar. In fact, prior to this, I was just opening a few lootboxes from that other game…  Oh wait, now I don’t even know what I’m playing! Whatever the case may be, check out our review of Agents of Mayhem for the Sony Playstation 4!

Agents of Mayhem is a third person shooter, similar to games like Just Cause, Farcry, and well, Saints Row to be closer to the truth. I say Saints Row more than the others because apparently, the premise of the game starts as a continuation from a certain Saints Row: Gat Out of Hell ending where the Third Street Saints are wiped out from the face of this earth and since then, South Korea has become the Silicon Valley of the world. It’s a pretty basic concept, battle of good vs evil set on a futuristic backdrop and to tell you the truth I had a lot of fun with Agents of Mayhem, although most of the time I was doing the same thing over and over again. 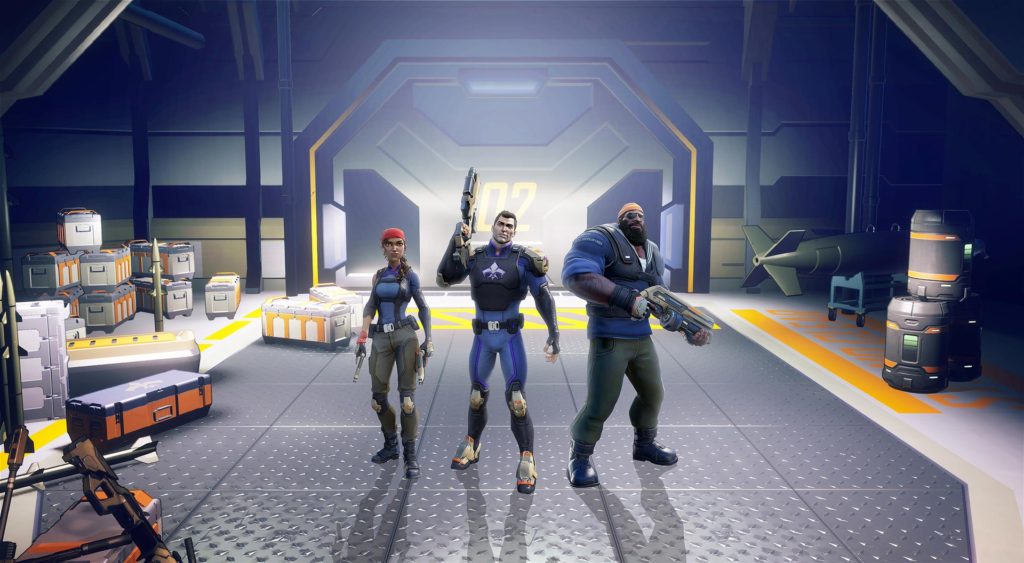 Agents of Mayhem boasts of 12 characters that you can use throughout the game, with each “agent” having their own quirks and abilities that differentiate them from each other. You start out with the basic 3 – an all around soldier, a hulking big guy, and a nimble thief-like female – and as you progress through the game, you undergo special episodes for each of the new agents that you can recruit to the team, but we’ll get to that later.

Eventually, you’ll get to unlock more characters that you can use, choosing 3 at a time for each mission that you undertake. Switching between agents is a snap and each has a separate health bar that you can recharge by tagging another agent in. This feature goes deeper as it allows you to create certain combos depending on your team composition. It’s something that has been given a lot of thought and experimenting with the 12 agent roster is a blast. These agents also have a lot of abilities, or “Gadgets”, as the game calls them. As fun as they are, they seem awfully familiar to “that game”, with Hardtack (the big guy) wielding a shotgun and throwing a harpoon that brings the enemies closer to you before you splatter them up close. You’ll find that there are a lot of similarities but it’s something that most players can overlook. 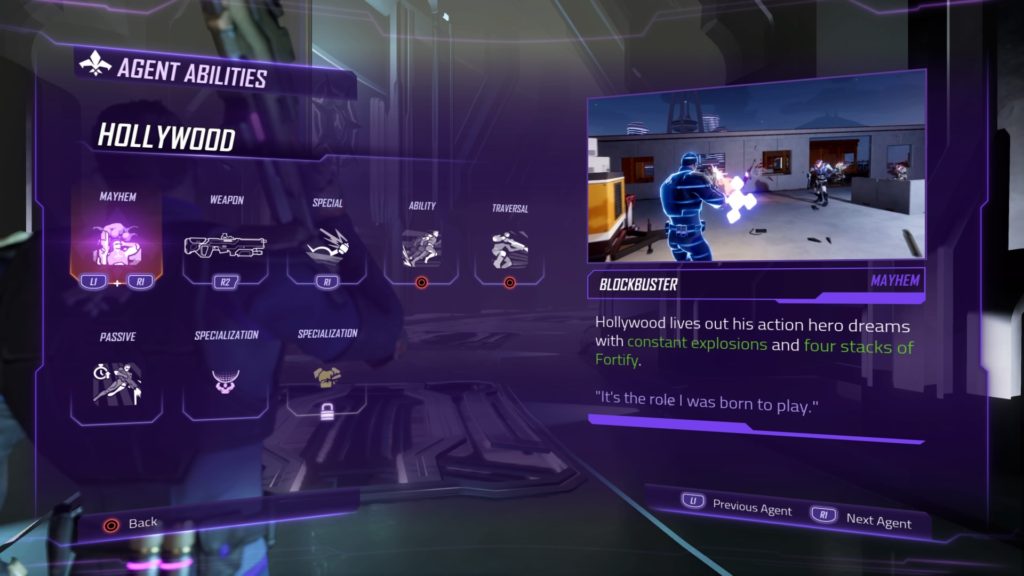 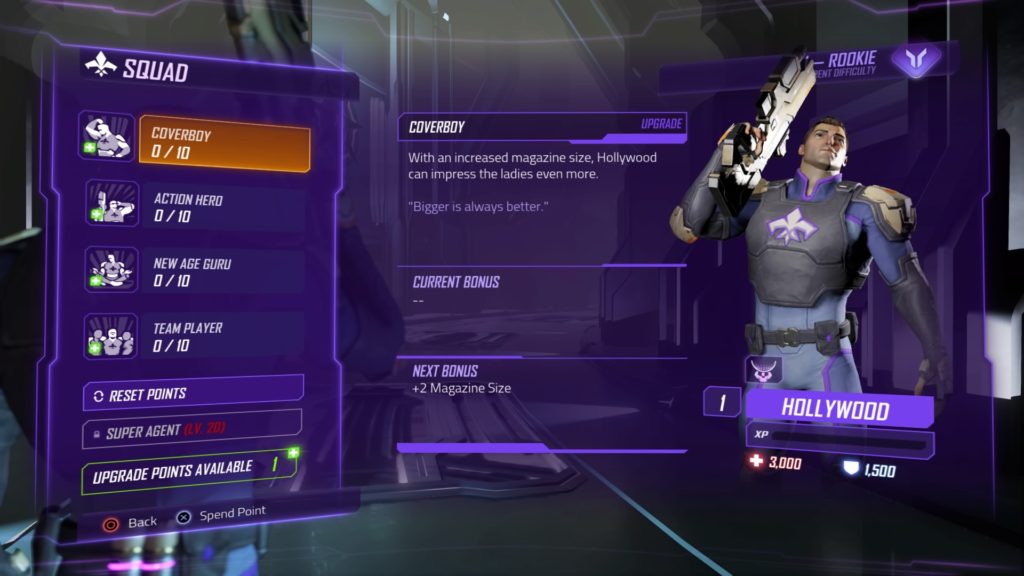 Character progression is great and there are a LOT of things to unlock. For each of the agents, you can modify your gadgets, use an upgrade core, equip gremlin tech, slot legion tech, and much much more! Changing gadgets will slightly change the behavior of your abilities and you can further customize and create combinations by applying the corresponding gremlin and legion tech, which you can craft with the scraps you pick up. For example, Hollywood (the all around guy) has a gremlin tech that allows his assault rifle to auto aim when used. Couple that with your mayhem ability (your super move) and you’ve got explosions and dead enemies everywhere.

I’d like to say that Agents of Mayhem really put some thought into these agents but somehow they feel like rip offs from an FPS game that we all know and love. Sure you have certain stereotypes and being 100% original is a tall order, but I feel they could have stepped it up a notch in this aspect, especially since the agents are the driving force of the game. Each of the agents are diverse enough and offer a unique playstyle but they all just feel too familiar. What they have going for them though are their backstories, giving you insight on their unique quirks and personalities that reflect in the game dialog, a small detail that adds cohesiveness to the game. 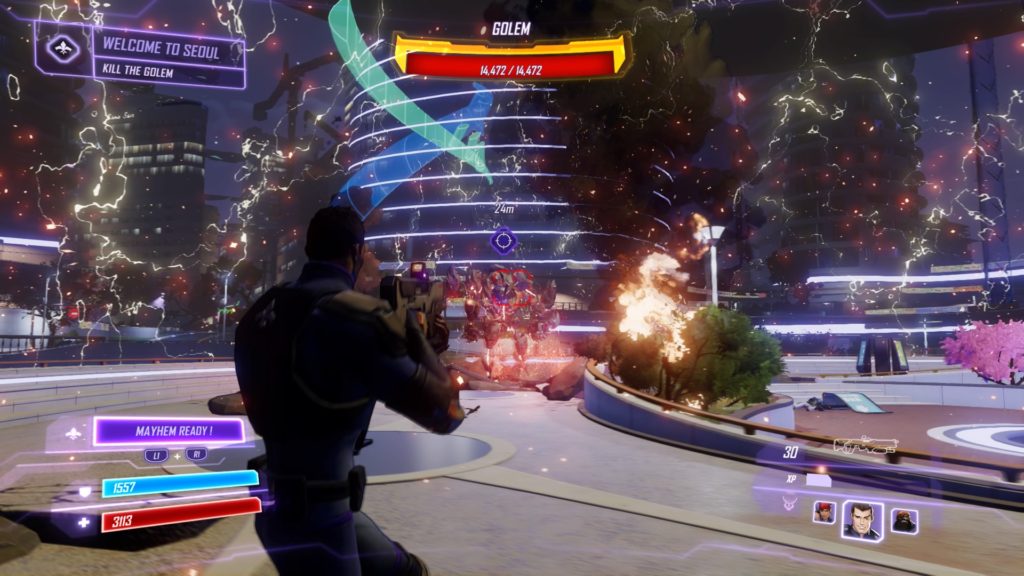 As the title suggests, Agents of Mayhem is a game of pure chaos and there’s surely no shortage of explosions here. Almost everything you shoot at can be destroyed and it really just solidifies the mayhem concept further. Enemies abound and bosses are huge but with everything blowing up and a hail of bullets flying at you, sometimes it’s really hard to actually keep track of what’s happening. Each of the agents have their unique mayhem abilities that you can activate when you’re in a pinch, giving you free reign to basically go crazy and shoot at everything that moves and while that’s great, it makes the game feel really shallow in the sense that there isn’t much strategy on how you go about things. Sure, some agents are more effective against certain types of enemies but sadly, the action gets repetitive and the only saving grace is that you can switch between 3 agents to change up your style of play while going through a mission.

There are a number of side quests and optional missions here and there but they feel like an afterthought, with kill X enemies and fetch Y items being the usual tasks. It feels uninspired but on the bright side, there are special episodes in the game which I enjoyed immensely. Special episodes are optional but in a game where the characters are the real gems, it’s a nice touch to shed some light into who they are and how they fit into the whole narrative. These missions allow you to play as the next agent on the list and through a short sequence of events, you get to know more about their backstory and motivation, allowing you to build a connection with these characters before being able to use them to progress the main story line. 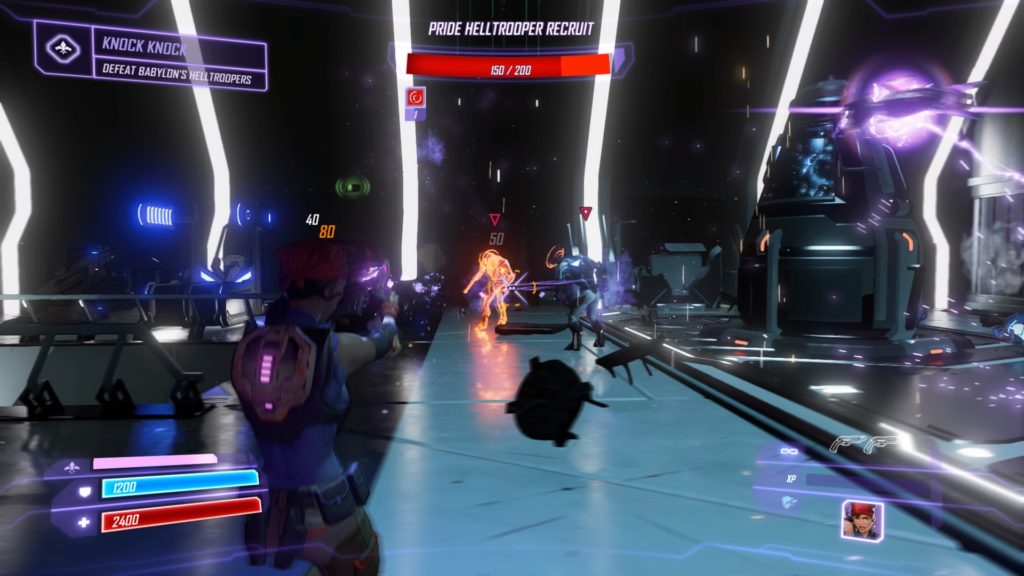 Agents of Mayhem is an example of a game that developed one aspect of the game too much and left the other pieces to fend for themselves. On one hand, the agents shine bright in this game but everything else feels shallow. Character progression is great and there are a ton of unlockables that make leveling up worthwhile, even if the process is painful due to the lack of variety. Somehow, Agents of Mayhem pulls off a competent game that could be polished a bit more but for now, you can simply enjoy blowing things up until the next great game comes along. We give Agents of Mayhem a solid 7.5 out of 10 and is now available for the Sony Playstation 4! We leave you with more screens of the game below!