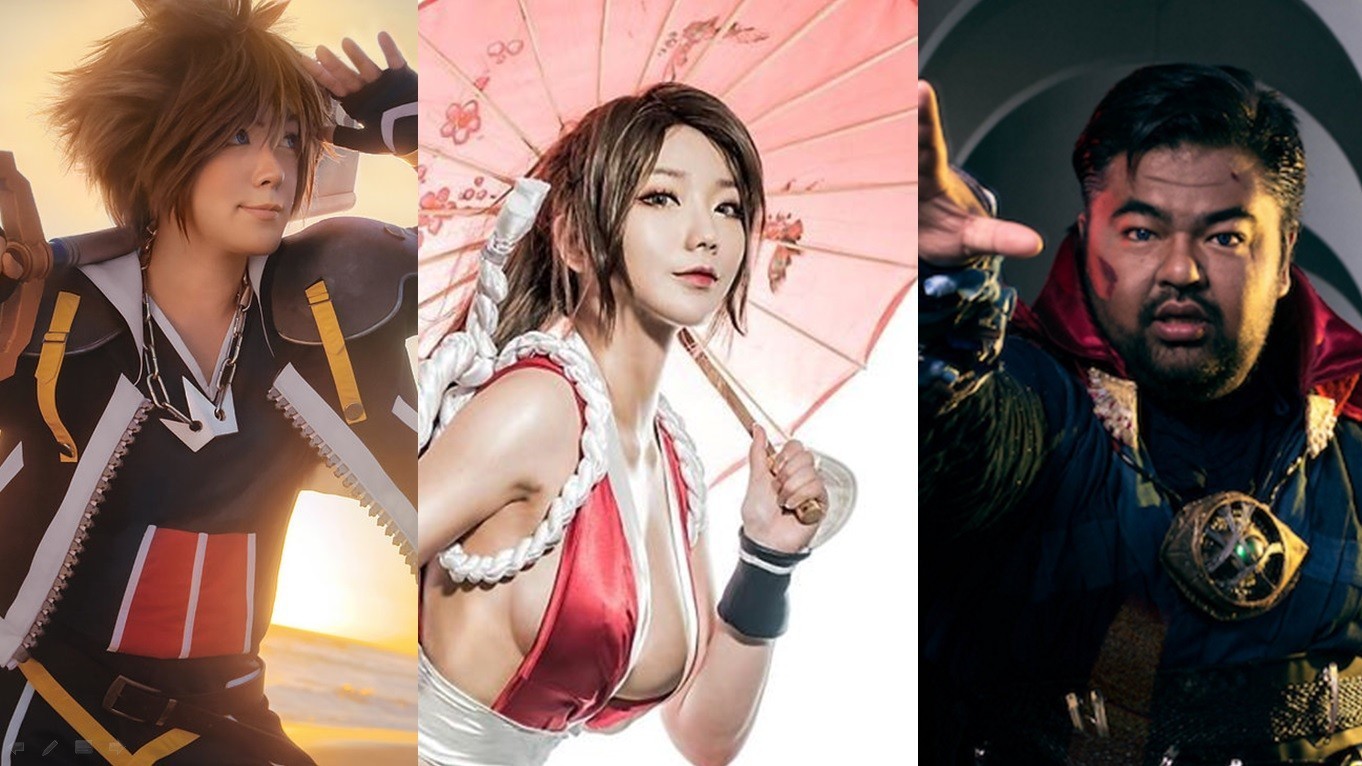 The AsiaPOP Comicon (APCC) Manila 2017 is almost here! On its third year here in the Philippines, fans are really really excited for the festivities to start. It will be another weekend of awesome booths, celebrity guests, gorgeous cosplay, and epic activities! Man, August 25 can’t get here soon enough!

To tide the hype over, we were able to interview some of the invited guests! (Yass) Check out our quick little interviews with Pion Kim, Philip Odango, and Jin (BehindInfinity) – three of the announced guests for the CAGE competition! 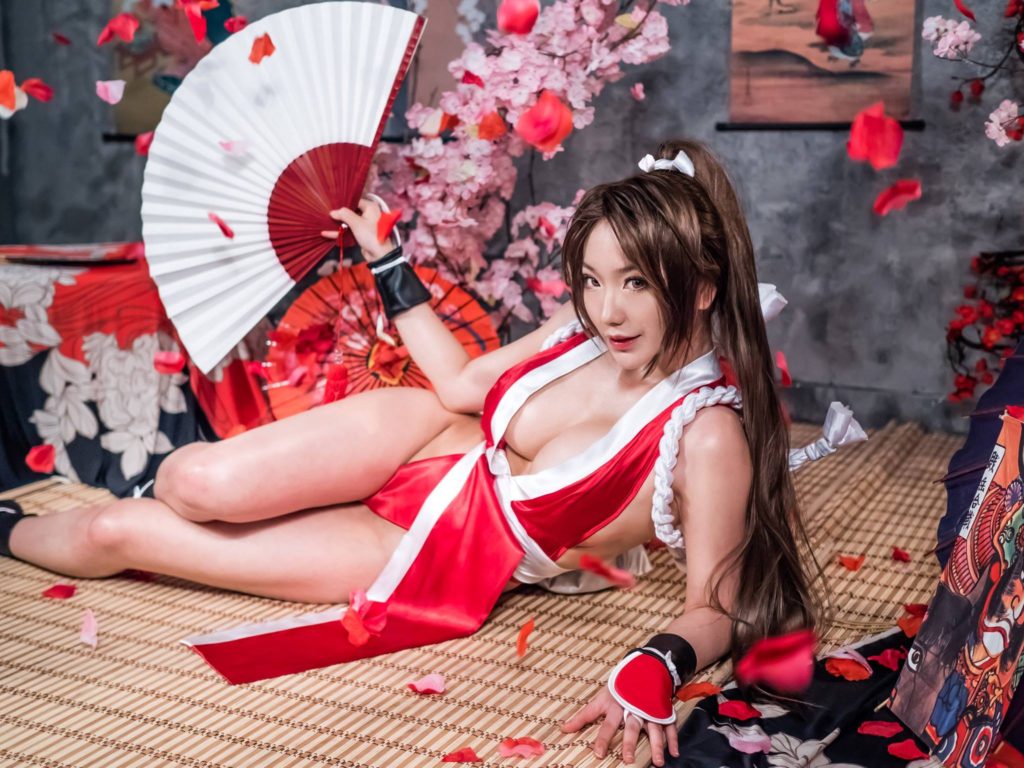 UnGeek (UG): What got you interested in cosplay as a passion?
Pion Kim (PK): Cosplay is a fascinating culture because everyone can express their character in their own expression and the results often give people a new perspective of the original character.

UG: What is your favorite character or franchise to cosplay?
PK: I prefer a character with a strong image. Like an action character or a villain and I also like characters who has a strong or crazy story – like Alice from Alice madness returns or Harley Quinn from DC.

UG: One of the popular ideas in cosplay is “Cosplay is not consent”, i.e. just because someone is in cosplay means their privacy is not respected. Can you share your thoughts around this?
PK: Cosplayers are people too. The characters we portray might sometimes be quite suggestive but that is part of the art form that we represent. This however, does not mean that we do not have boundaries. I ask that everybody respect cosplayers as they would to any human being. 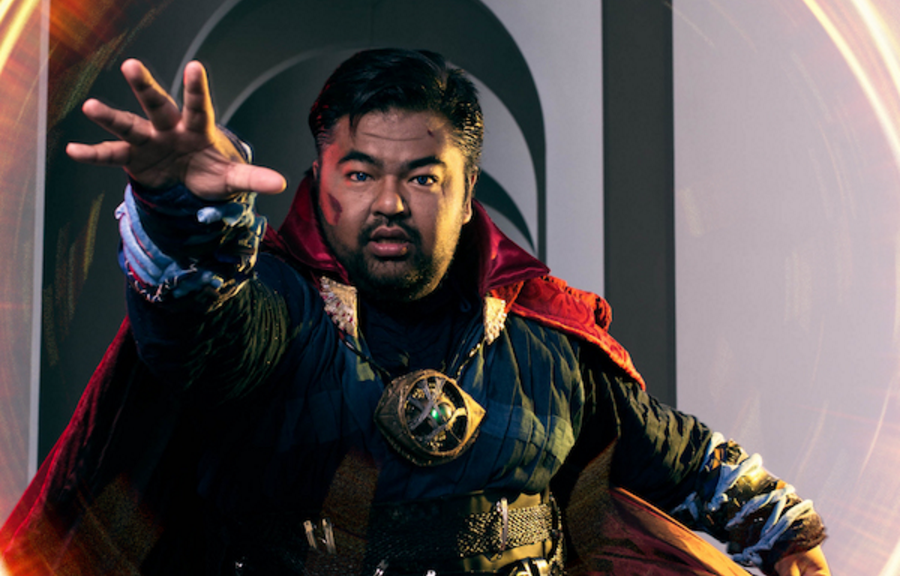 UG: What got you interested in cosplay as a passion?
Philip Odango (PO): Cosplay is journey of creative self-expression, allowing me to transform myself into inspirational heroes. As a theatre producer and director with over two dozen production credits, I’ve enjoyed that creation process of nurturing a concept, figuring out the science, and allowing the concept to blossom into art. Through cosplay, I’ve be able to express myself in many more artistic ways through skills I’ve developed along the way.

UG: What is your favorite character or franchise to cosplay?
PO: Disney films have always captivated my imagination through its animated storytelling, and villains are so much fun to play. Ursula, the sea witch from Disney’s The Little Mermaid, is the product of engineering and and creative visualization. I studied the movement of squid and octopus underwater, and I aimed to recreate those dynamic underwater movements of Ursula’s tentacles for the stage. With pencil and paper, I engineered the mechanics of her tentacles with flexible steel, which gives Ursula a very fluid movement on stage.

UG: One of the popular ideas in cosplay is “Cosplay is not consent”, i.e. just because someone is in cosplay means their privacy is not respected. Can you share your thoughts around this?
PO: There is somewhat a misunderstanding that when you are dressed in a costume, you are public property and therefore are subject to demands for photos and unsolicited physical contact. Conventions can be high-anxiety environments, so when a cosplayer needs their space — to eat, rest, or just step away from the intense crowds — it is important for audiences to give the cosplayers their space. Unsolicited touching and sexually-aggressive remarks to cosplayers also violate the safe space.

UG: Do you have any advice for fans who want to get started into cosplay?
PO: Cosplay for the love of the craft. Don’t get caught up on being “cosfamous”, or booking gigs, or selling prints, or stressing over social followings, or running a Patreon; those can easily make novice cosplayers feel discouraged. Instead, be honest about your passions and the characters you love, do your research, seek free information, level up your skills and create! 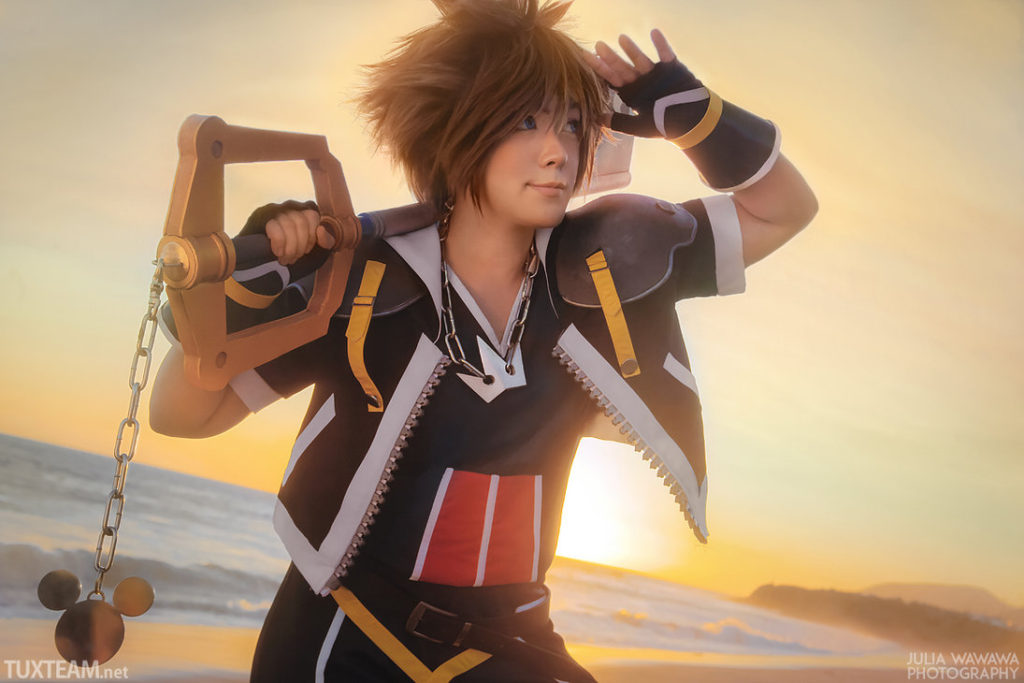 UG: What got you interested in cosplay as a passion?
Jin: I felt immediately drawn to cosplay because it involves costumes, and often also photography. I’m constantly inspired by works of fiction, so cosplay is an artistic outlet that lets me celebrate that.

UG: What is your favorite character or franchise to cosplay?
Jin: Recently, I’ve been really enjoying cosplaying Final Fantasy titles. It’s an enjoyable challenge to recreate the detailed character designs in real life, and really try to capture the iconic Square Enix aesthetic. The photoshoots that follow are also always so much fun! There are usually interesting character dynamics that can be depicted between me and my friends who cosplay with me. And the landscapes in the games motivate us to seek out beautiful locations.

UG: One of the popular ideas in cosplay is “Cosplay is not consent”, i.e. just because someone is in cosplay means their privacy is not respected. Can you share your thoughts around this?
Jin: Cosplay can be a very public kind of hobby, since apart from showcasing a costume, it involves putting oneself out there to be viewed by strangers either at events or on the internet. Some people misunderstand that openness, thinking that cosplayers are offering themselves up as targets. I hope that everyone will learn to understand that as with regular social norms, that we ought to respect what people choose to share, and not pry for more. I thought it would be common sense to comprehend that no one is entitled to another person’s private information or personal space.

UG: Do you have any advice for fans who want to get started into cosplay?
Jin: With any aspect of cosplay, do what makes you happy, and don’t prioritize trying to impress people. From choosing a character to how you execute a costume, go with what feels right for you. You’ll be more motivated to put a costume together and portray that character if it’s someone you really feel strongly about. And of course, it would make the experience a lot more fun and meaningful.

We can’t wait to see these guys in person at APCC 2017! Many thanks once again to the AsiaPOP Comicon Team for making this interview happen!