Changing Perception. How the OPPO Factory Tour is making “Made in China” look sexy! 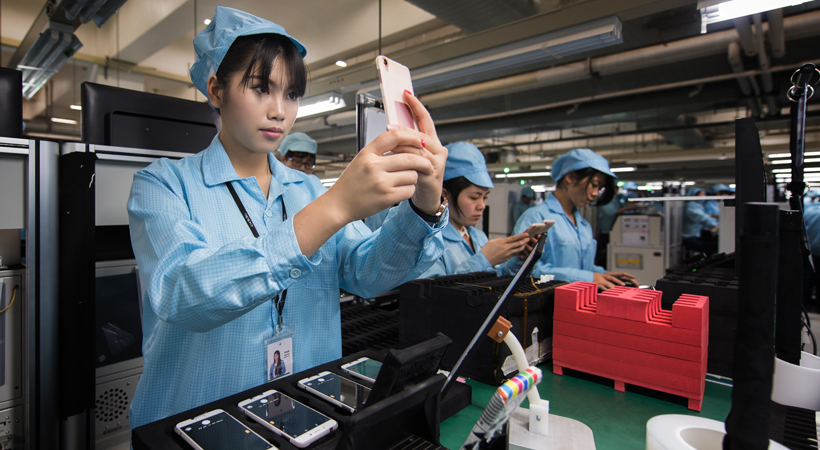 Not so long ago, China-branded products, especially electronic goods, were deemed inferior and substandard. That has changed in the last decade with China rising as an economic powerhouse with a strong manufacturing sector. In fact, majority of the world’s tech is now being produced in China, specifically the Guangdong Province. That’s the reason why Apple Products just say “Designed in Cupertino” because they’re all made and assembled in China. 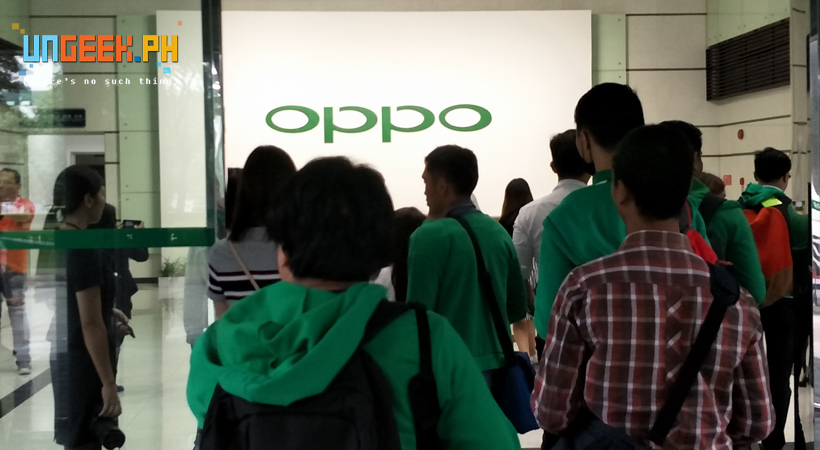 We saw this in action when we were invited by OPPO to visit their factory in Shenzhen, Guangdong, China. We spent a little less than a week observing how the devices were assembled, made, and tested. We came out with much more pride and confidence with the OPPO phone that we had with us.

Here are 3 common misconceptions about how electronics are made in China based on what we saw with OPPO.

My first memories of Guangdong (I visited around 17-18 years ago) was very provincial and backward. Fast forward to my OPPO trip, I was blown away with the amount of development that has happened in the last decade. I saw 3 sections of the newly minted OPPO factory: the assembly line, the QE area and the SMT area. Each area had something unique and fresh to offer. Let’s start with the assembly line.

Truth be told I was expecting a massive sweat shop operation but I was greeted by a modern, spacious, and intelligently designed facility that was efficient, safe, and automated.

Before we entered the facility, we had to wear static-preventing clothing. Talk about quality assurance!

The Assembly area is where the phones are manually constructed. Quite surprised to see people hand-assembling the phones instead of machine. 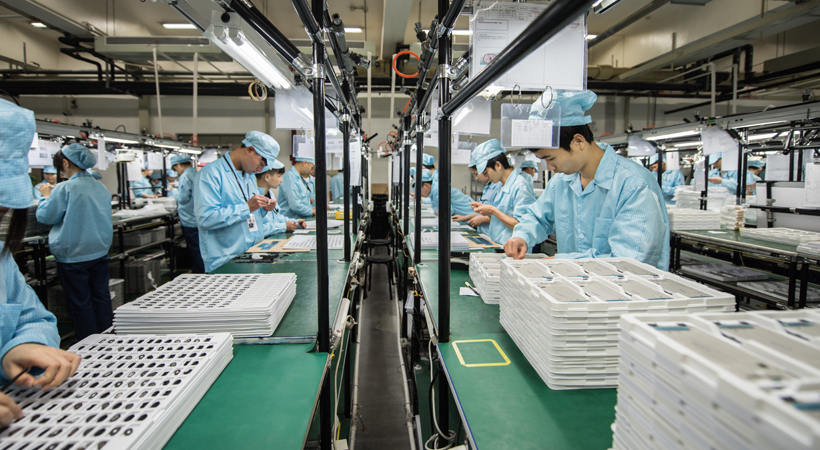 OPPO smartphones are hand assembled but aided with various tools and systems to make sure that the workers are safe and efficient. Everything from securing the parts, putting the electric strips together, screwing the chips/ board to final inspection is done by human hands. Of course, there are tools to help them but there are people behind it in each step.

Secondly, I got to visit (extensively, I might add) their QE or their Quality Engineering department which, admittedly, was the fun part of the tour. In this section, I saw various OPPO phones go through a multitude of rigorous stress tests. Every conceivable amount way to check damage, mishaps, smudges, button pressing and pressure was done to the device.

The whole department recreates the various environment the phone could get into, including (but not limited to) drop, rain (yes, not just splash) test, static test, temperature test and weather test. There’s also a section that adds smudges, oils, makeup, powder and other environmental debris (like salt) on the phone and “cook” it for 48 hours to see if it has any adverse effect on the unit.

In all these tests, the phone should survive. Any error and it goes back to the drawing board. Talk about strict standards.

According to OPPO, every handset that they release goes above and beyond the government and/or industry regulatory standard. That’s how confident they are when they release their products.

Dr. Bai King, OPPO’s Hardware Director, shared with us the vision, design philosophy and evolution of OPPO’s handsets throughout the ages. Once you look at it from a bigger perspective you begin to see the creative thinking involved in growing the brand to where it is now. 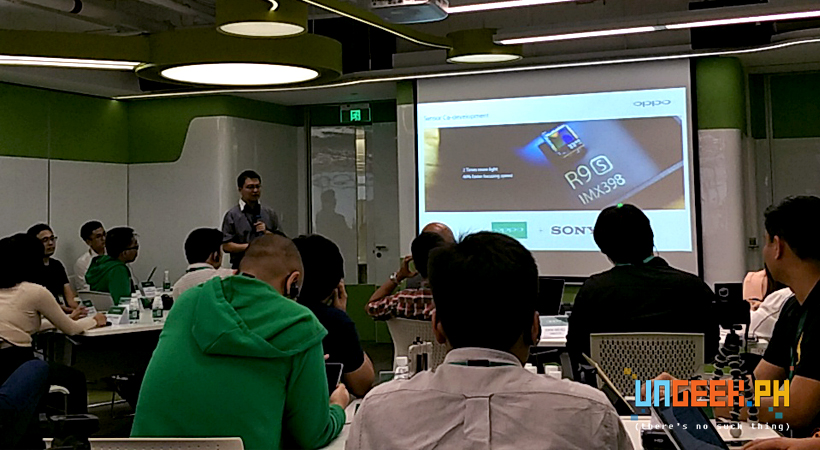 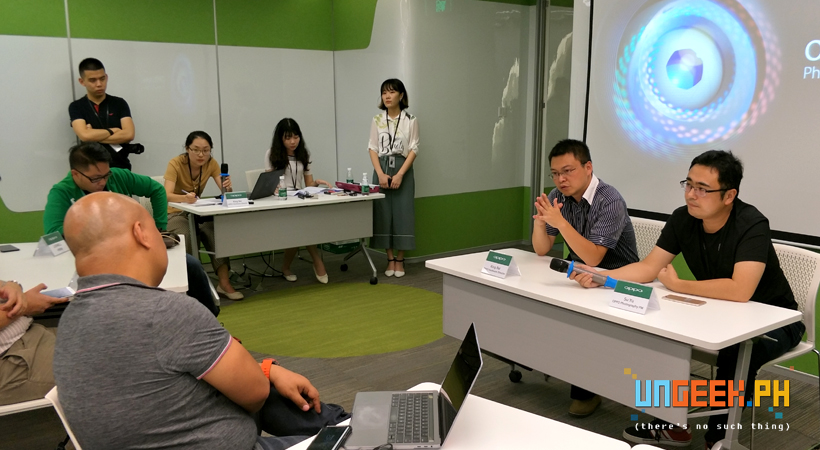 According to Dr. King, it all starts with your market positioning. In OPPO’s case they found an unserved market that prioritizes selfie imaging above everything else hence the company’s relentless pursuit of front-facing photography perfection. This is also why they reached out to Sony to co-produce some of the IMX mobile camera sensors being used in the OPPO Phones, specifically the IMX 398 (found on the OPPO F3 Plus and other devices like the R9 and R11). This collaborative optimization bleeds even to their other handset partners like Qualcomm where the Snapdragon 660 processor was optimized for a grueling 18-months to ensure that the phone is capable of speedy auto-focus and stunning image quality, even under low light for the OPPO R11.

The evolution of their image beautification also suggests how in-tuned the company is with what their market wanted at that time. Back in 2011, OPPO was the first that launched a smartphone with built-in beautification features (the U701), the success of which prompted OPPO to heavily invest in this feature. Now, built-in beautification mode is a staple and standard in most smartphone cameras. With the latest version (Beautification 4.0), the aim is to create stunning images that look natural and fresh (and void of the usual cutesy, big-eyed, thin-chinned, almost anime-like beautification filter – which was version2.0). 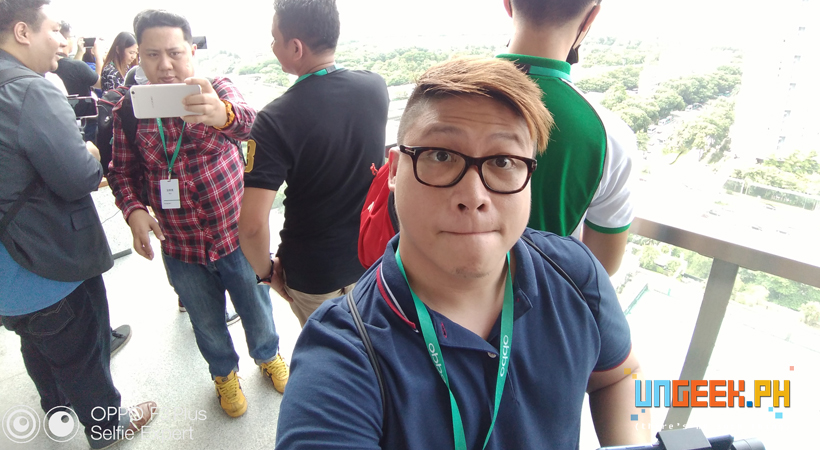 The talks, along with the presentation of various smartphones of OPPO throughout the ages signifies the company’s laser-focus intent on becoming a brand synonymous to selfie and with the success that they’re getting, it feels like they are the undisputed #SelfieExperts.

In the end, the tour and office visit showed us the commitment of OPPO in raising the quality standards every single time. The thought, care, countless testing and constant tinkering of the technology made us further appreciate the handsets that were lent to us to document the entire experience (in my case, it was the OPPO F3 Plus).  If anything, this reinforces how and why China is quickly becoming not just an economic powerhouse but a technological powerhouse as well. If all manufacturing companies in the region adhere to OPPO’s level of excellence, soon, maybe, everyone would want a piece of a “Made in China” product. Soon, maybe, that line would be deemed uber sexy.

- Advertisement -
Previous articleMeow-velous! Kitties get an upgrade with these cardboard cat mechs!
Next articleBe a Hero in this “DARNA” Card Game, or Just Swallow Something Random! | History Con 2017 Highlights