From Bloodsuckers to Giant Roaches its All-out Action this August on Animax with JoJo’s Bizarre Adventure and Terra Formars! 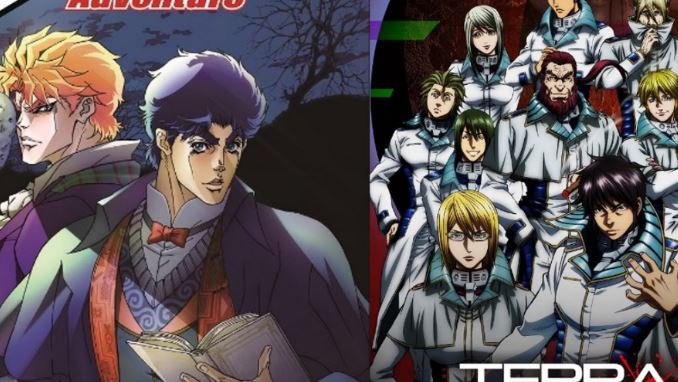 Tick.. Tock. The action is non-stop as August brings in two fighting anime titles for Animax. Rumbling in first is JoJo’s Bizarre Adventure. The tale of the Joestar family whose various members with supernatural abilities are destined to take on foes with unnatural powers.

It began in the 1880s in Great Britain, Jonathan Joestar meets his new adopted brother Dio Brando. Discontent with his life, Dio sets his sights on world domination thru the use of a stone mask that contains supernatural powers!

But the action doesn’t stop there. In Terra Formars, the planet is sick, a viral outbreak is slowly killing mankind and the only solution is to send an expedition to Mars, the place of origin of the virus. Unfortunately, humanoid cockroaches have taken residence there, good thing science is on our side with the creation of genetically enhanced human fighters!