Its about to go down! Escanor VS Meliodas 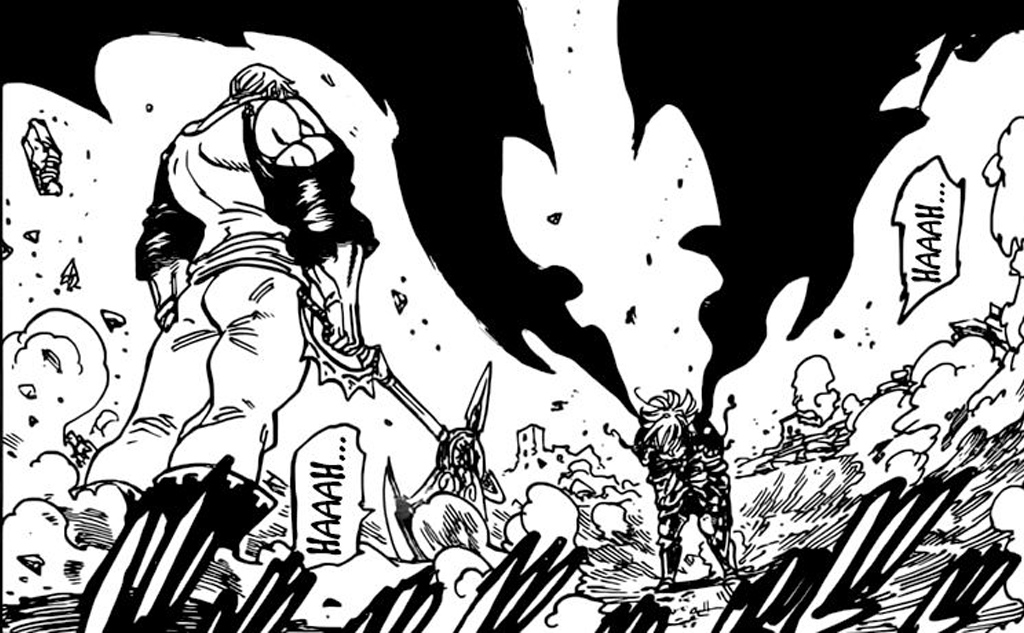 It’s finally going to happen! The fight we all wanted to see. We’re going to get the answer to the question that’s been in the mind of every 7 Deady Sins fan out there. Although season two of the series will be happening next year (2018), the manga will give us what we want at last. Even do I try not to (or at least minimize) spoil anything, this one can’t be helped so it’s best to add the…

In Chapter 226 of the manga series, the Fearless Captain of the 7 Deadly Sins, Meliodas found himself trapped in the Dark Cocoon, a dark spell cast by one of the members of the 10 Commandments, Melascula. 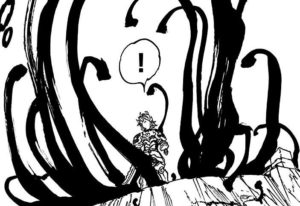 The Dark Cocoon does two things: Traps the victim in an Cage of Darkness, and absorbs & transfers the victim’s negative energies. Truly a prison worthy of holding the Sin of Wrath. Nonetheless, Meliodas has a way out and that through by entering berserk mode but it’s a little bit different this time around.

In Chapter 229, Escanor literally springs into action (he can also summon his sacred treasure, Rhitta!) with his wits and will unwavering face to face with the old version of Meliodas when he led the 10 Commandments. Although I am not sure what time of the day it is in the manga to gauge Escanor’s power rating, I can only assume they are both on the same level for now.

It’s the Sun God, the Sin of Pride, the Strongest Human in the kingdom vs The Demon King’s successor, the Dragon Sin of Wrath, Captain of the 7 Deadly Sins & former Leader of the 10 Commandments of the Demon realm, and I CAN’T WAIT FOR THE NEXT CHAPTER hopefully it’ll be next week! So drop us a comment and place your bets. Who do you think will win? Keep it glued here at Ungeekph. 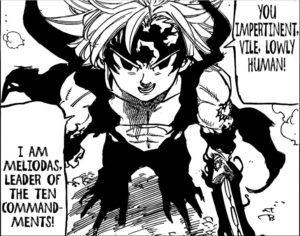 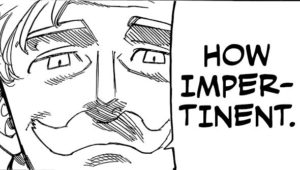