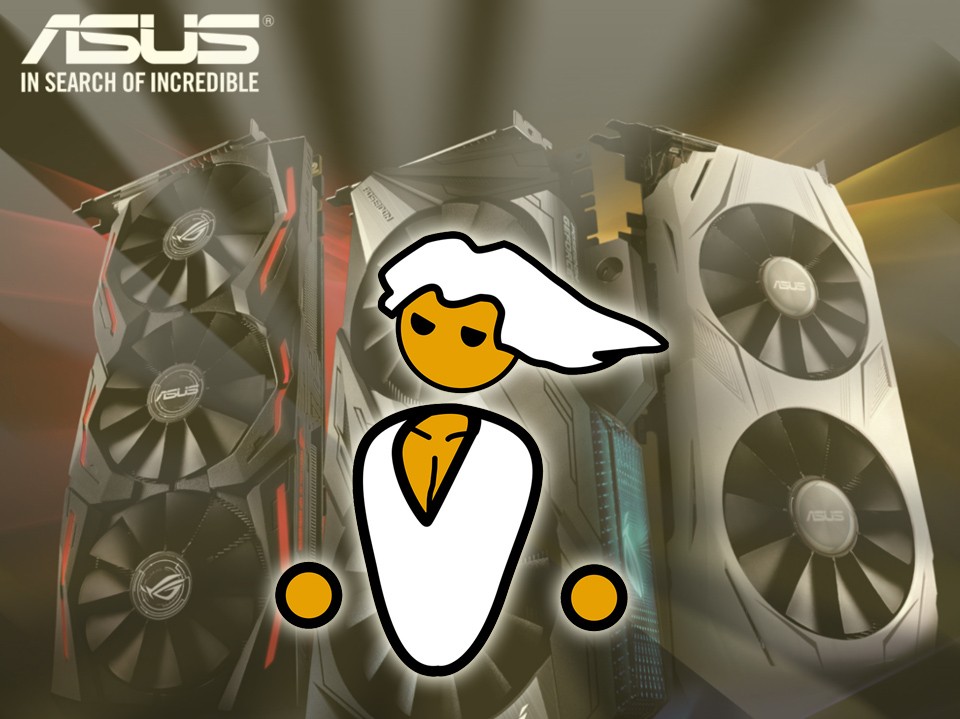 Wanna join the PC Master Race? Well don’t fret, we’re an open and friendly bunch (most of us, at least). We’ll accept anyone enlightened enough, even if you only have a gaming laptop on hand. But if you want to be a certified ‘Master Race’ member, a full-fledged PC is a must! 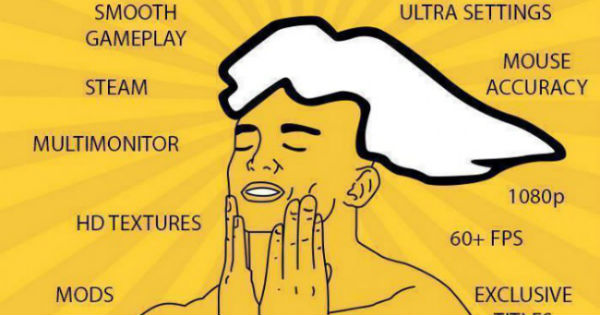 At the heart of every Gaming PC is a video card; though not all people know the difference between the different card offerings. If you’re one of those people who can’t tell a 1050 Ti to a 1080, then you’ve come to the right place! Below is a quick guide on which vid card to use depending on what games you play and what resolution you game on:

So you want to start small? Or maybe you just want to play Overwatch and other Esports games on a 1080p (1920 x 1080) screen? In any case, your best budget bet is the ROG STRIX GTX 1050 Ti or the STRIX RX570. Both these cards will run Dota 2, League of Legends, Rocket League, and other games that aren’t the most hardware-intensive. 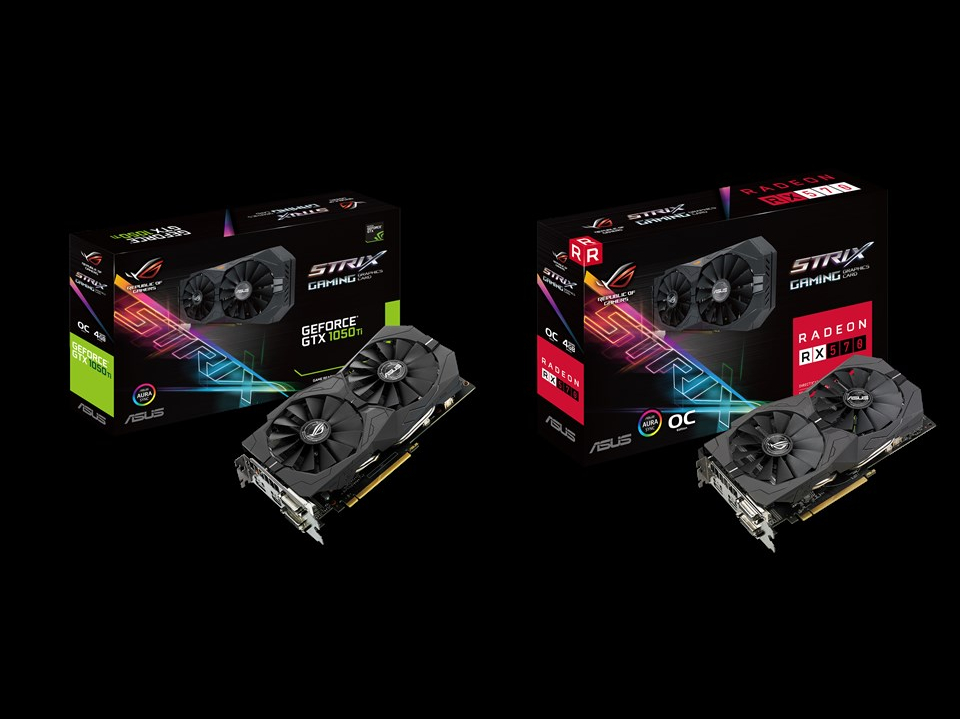 Though maybe you don’t want to just play MOBAs and Rocket League? If you want to play games such as Ghost Recon: Wildlands and Doom in 1080p, consider getting an ROG STRIX GTX 1060 or a STRIX RX580. Not only are these capable cards, they’re also more future-proof – meaning you’ll get to play future titles without upgrading. 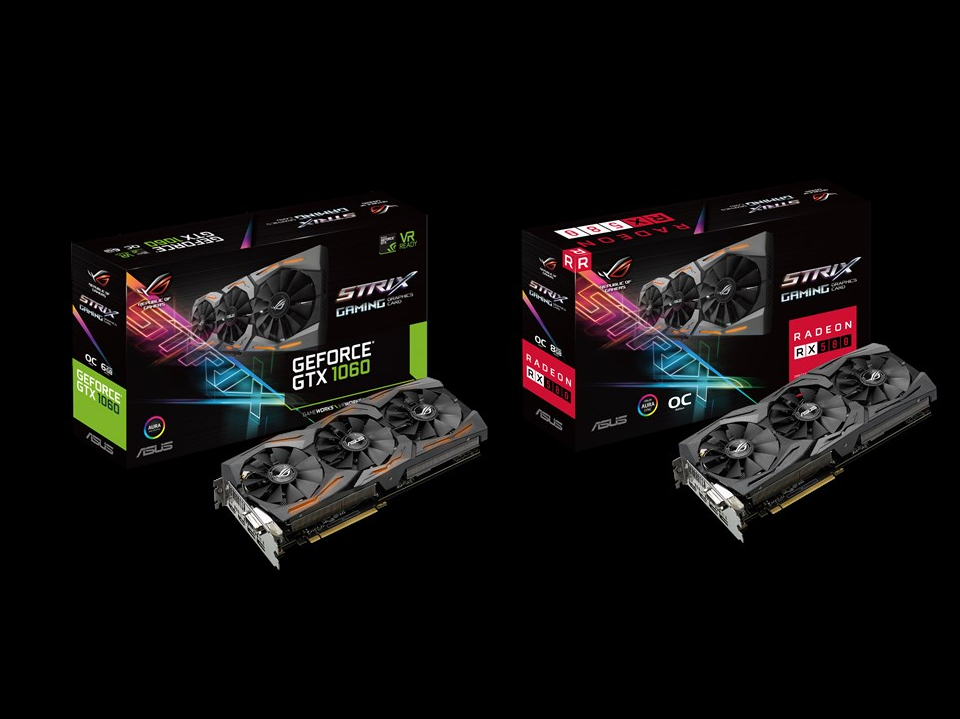 So these are the main card choices for 1080p PC Gaming.

Let’s move on to a higher res with…

2K resolution, or 2560 x 1440 is being used by an increasing number of gaming monitors, and with good reason; more pixels = better image quality in games. So if you want to be a Master among your peasant friends, 2K is the way to go! 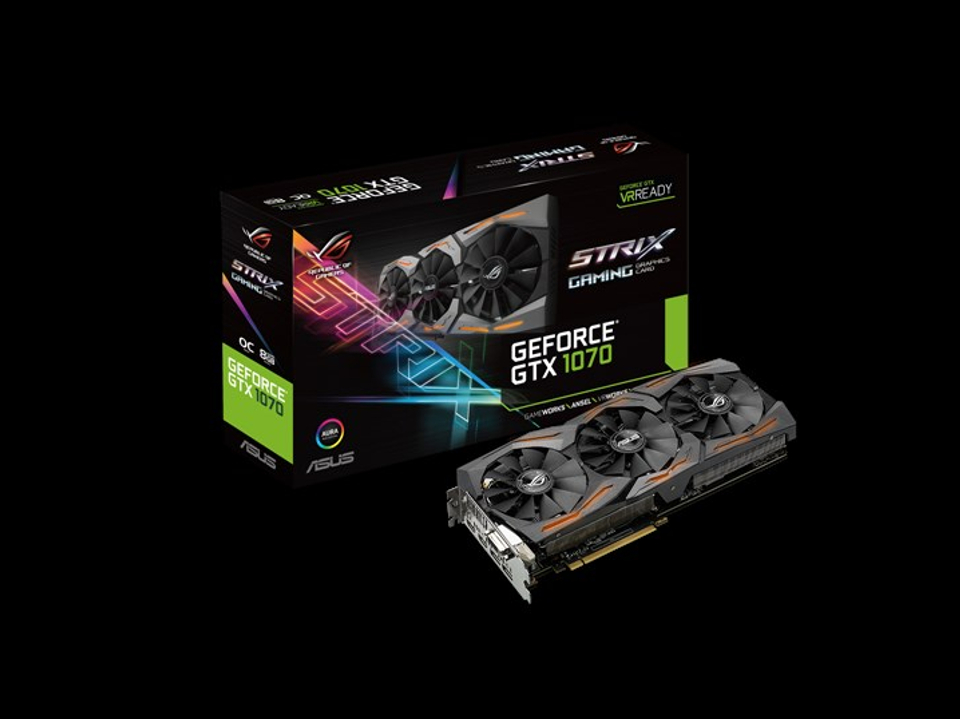 If you want to play even less demanding games such as the aforementioned Dota, and Overwatch, a STRIX GTX 1070 is a must. 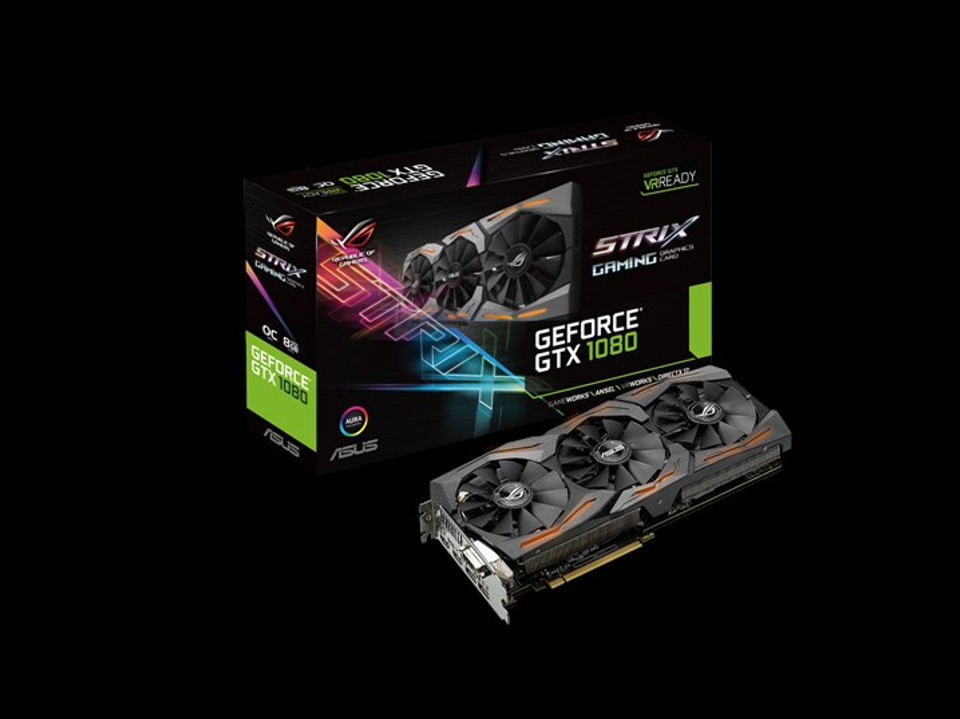 Interested to play more graphically-intensive games at this resolution, well you need to go for the ROG STRIX GTX 1080. The said card can play Mass Effect Andromeda and Gears of War 4 fluently at 2K res; any lower-end card will struggle to run these demanding games.

The cards mentioned so far are on the expensive side. But if you’ve been thinking “What am I poor or something?” while looking through the 1080p and 2K res video card options, this next part is for you!

4K resolution, or 3840 x 2160 to be exact, is the highest resolution used in current high-end gaming monitors. It is the pinnacle of PC Gaming right now, and having a setup that can play games in 4K will have most everyone in the Master Race look up to you in awe. It’s not for everyone though, as you need to not only buy a top-of-the-line GPU, you also need a 4K display which does not come cheap.

If you have tons of money to burn, or don’t believe in the concept of saving up for a rainy day, then 4K gaming might just be for you.

The previously mentioned STRIX 1080 is the baseline card for 4K gaming. But you’ll be limited to mostly Overwatch in 4K, as it won’t be able to run titles like The Witcher 3 in that res.

For those types of games, you need these cards: 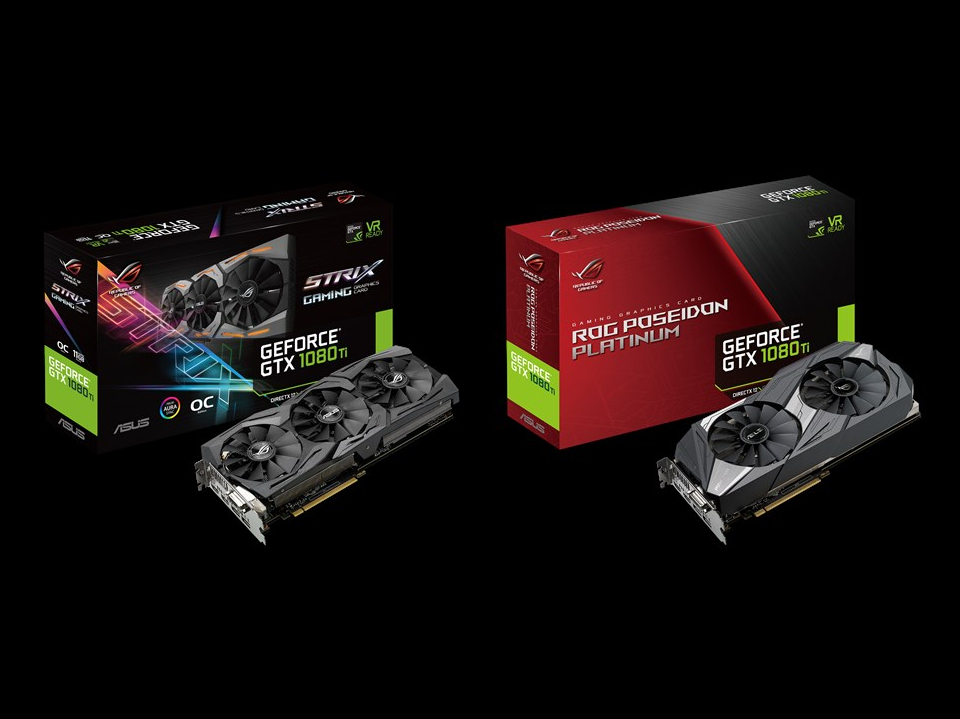 The GPUs above are the ROG STRIX GTX 1080 Ti and the ROG POSEIDON GTX 1080 Ti. They represent the top-end of ASUS’ video card lineup, and they’re very much deserving of the top spot. These vid cards can run any game you throw at them at even the highest resolutions. With the 1080 Ti, you’ll also be sure to run any game that will be released in the foreseeable future.

Special Case – Pony Up for these Titles

We’ve said above that the GTX 1070 is the card that’s best suited to run most modern titles with up to a 2K resolution. Though that does not hold up for certain games, namely Grand Theft Auto V and Fallout 4. These two open-world titles are insanely hardware intensive, so much so that they require a STRIX GTX 1080 GPU to run well even at just 1080p.

Also, good luck in running GTA V and Fallout 4 in 2K resolution without the 1080 Tis above. Good thing about the cards above though is that they’re capable of running the two special case games in 4K without breaking a sweat.

So there you have it folks! Grab one of the video cards above to start your journey towards becoming part of the PC Master Race, whether you’re on a budget or have serious dough to spend. Though don’t forget to set aside some money for games, as there’s nothing worse than having the best rig but not having anything to play.