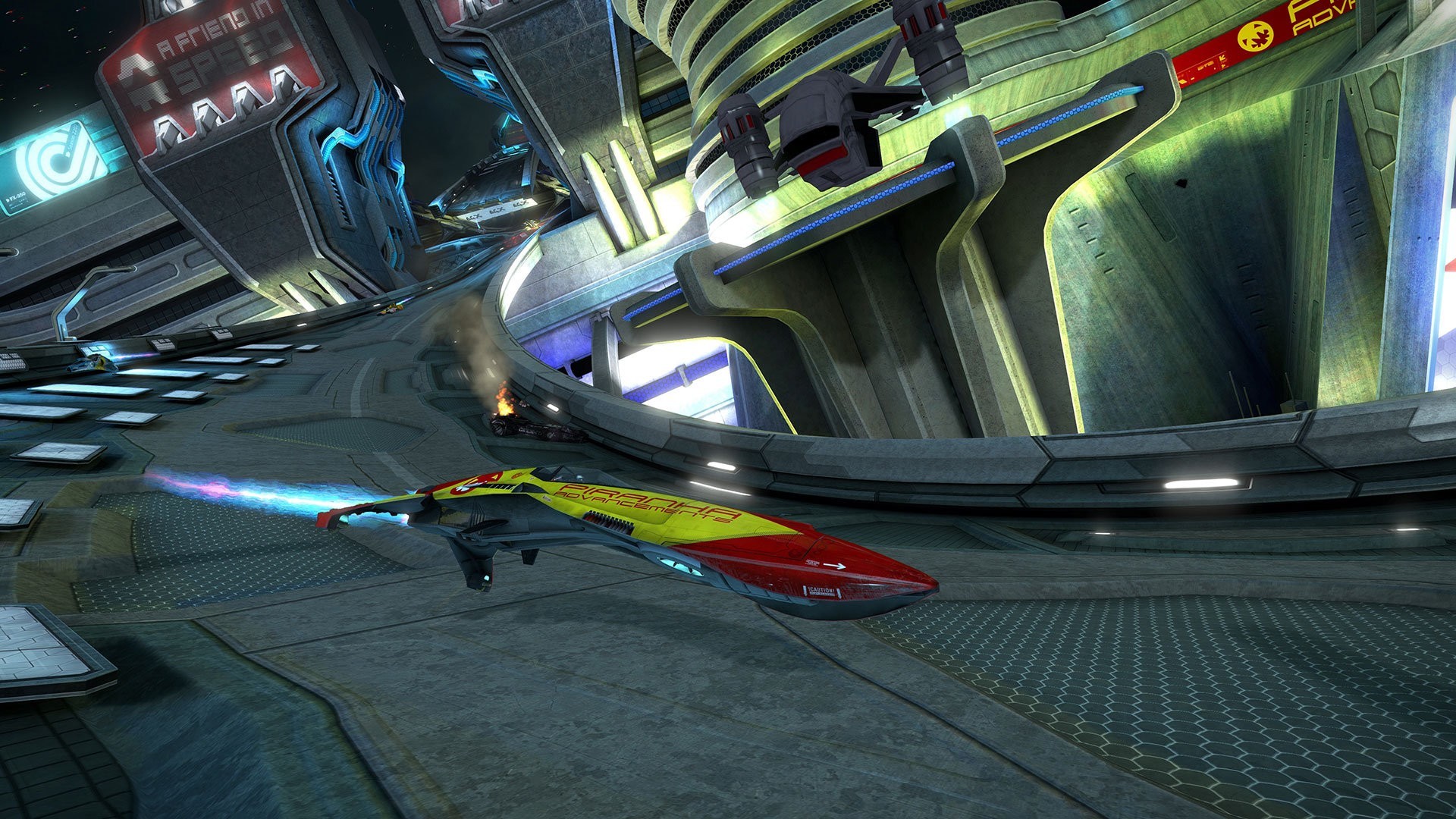 More than 20 years after the first title was released, Wipeout was a franchise that has been more or less well received by critics and the public. It was a racer that was way ahead of its time that featured super fast paced gameplay and thumping tracks, leaving you breathless as you played through a variety of antigravity levels that looked like it came straight out of a tron movie. 2012 was the last time we saw a Wipeout game in the market and fast forward to 5 years later, the Wipeout Omega Collection graces our PS4, bringing everything we loved about the franchise and polishing it in that stunning 4K and 60fps shine. Is the omega collection worth your time and money? Check out our review!

Wipeout Omega Collection is, well, a collection of the recent two games (2048 and HD along with the Fury expansion), both remastered full graphical glory. Hardware sure has come a long way these days and it’s just mind boggling to think that a game that looked hella good before just looks even better today. There was hardly any frame breaks nor screen tears even as I played through hectic “Quake” moments and it’s this level of consistency that makes the game what it is, a racer that takes your need for speed and smashes it in your face as you go faster than you’ve ever imagined. The franchise has always looked good with all the neon lights and this is no exception.

The tracks from 2048, which could arguably be some of the better tracks in the series in terms of design, look and feel great in this game. It was a treat to race on then and remains to be that way until now, and I think for games such as Wipeout, that is an important factor. The feel of Wipeout has remained true to itself through all of its releases because why fix something that ain’t broke? Hitting a perfectly timed air brake that transitions into a beautiful curve headed into the finish line is as satisfying as ever and it’s those little moments that makes the game exhilarating. 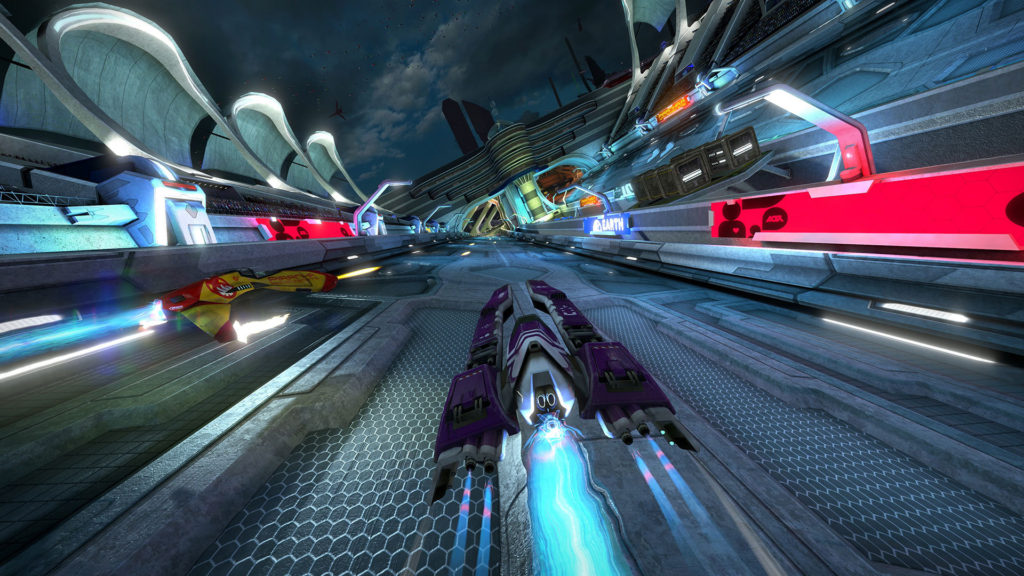 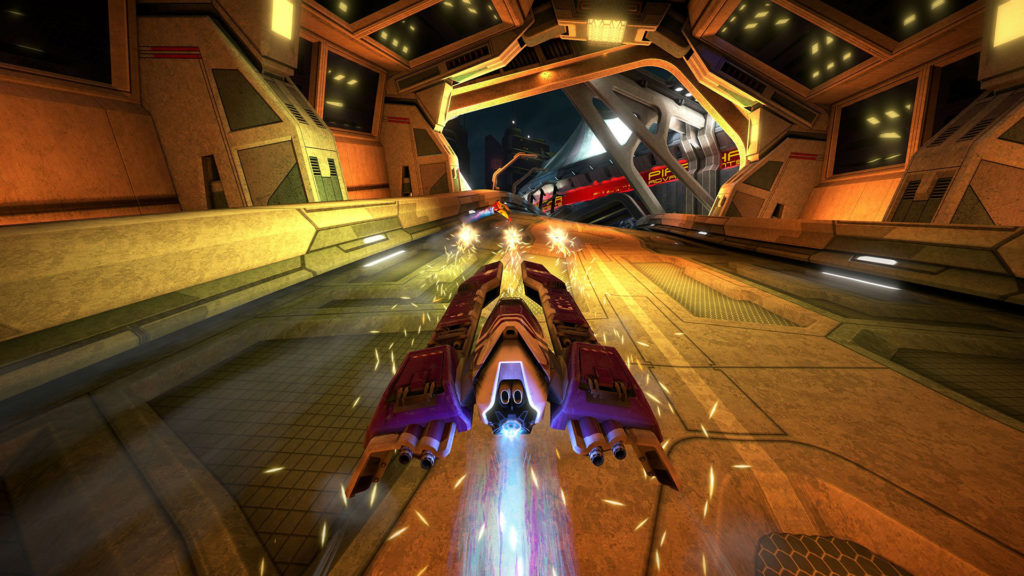 Don’t expect ultra realistic settings in this game ala Gran Turismo, it wasn’t meant to be a simulator but more of an arcade type racer, and it does so well with that direction. The controls may feel a bit slippery at first and it may take a bit of getting used to but as you unlock more cars and choose one that fits your playstyle, everything just falls into place. Ultimately, its the thrill of the chase that takes you back because the controls work so well with the sense of speed that the game masterfully creates. Couple this with some sick beats from the likes of Prodigy and Chemical Brothers and you know exactly what you’re getting into.

That’s where the problem lies with remastered titles, knowing exactly what you’re getting into since you’ve played it before. Some titles may get away with the remastered treatment and still net you hours and hours of gameplay (coughSKYRIMcough) but for certain genres, it does get tiring after a few games. I’d have to say Wipeout is an in between, giving you a sense of nostalgia that you’ll be glad to have felt again after a long time but at the same time hitting you with a “oh this again” a few hours into gameplay. The familiarity is great, but the sheen wears off rather quickly.

There’s quite a number of game modes to play over the course of the collection. A great deal of fun could be had from the Zone Battle, Eliminator and Detonator modes but if you want some straightforward racing, the Omega Collection is no slouch. Featuring three full campaigns and a deep Racebox mode that allows you to create your own event across the tracks and ships that the game has to offer, the game definitely has value written all over it especially if you are new to the franchise. There is also some online multiplayer if you’re into that sort of challenge and I’d like to say that it was a great experience from start to finish. Joining, racing, and finishing a multiplayer match was an easy process and while there are occasional lag spikes, it doesn’t do enough to take away from the positive experience overall.