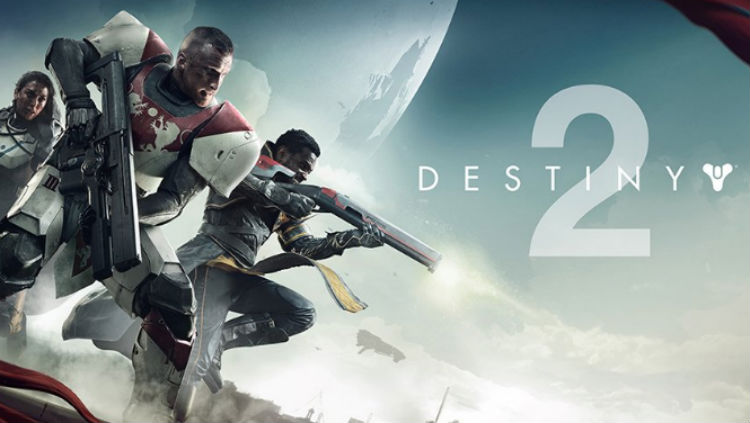 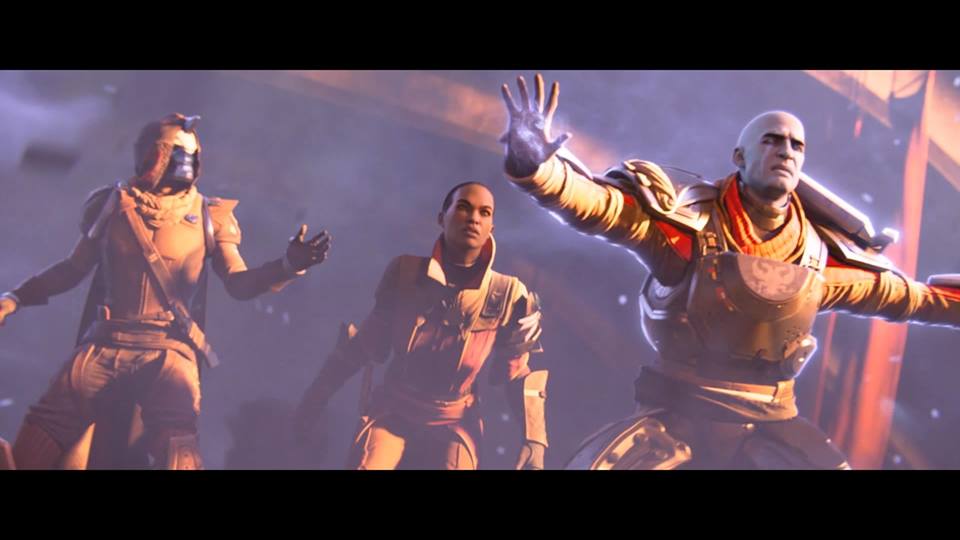 (This is review was done on the PlayStation 4)

Don’t be surprised; Bungie’s sequel to its popular Destiny franchise vastly improves on every aspect you could imagine. And it is rather astonishing.

To those who weren’t aboard the first time, Destiny 2 is an online first-person shooter at its very heart. The game utilizes other gameplay elements like role-playing similar to those found in massively multiplayer online (MMO) games. 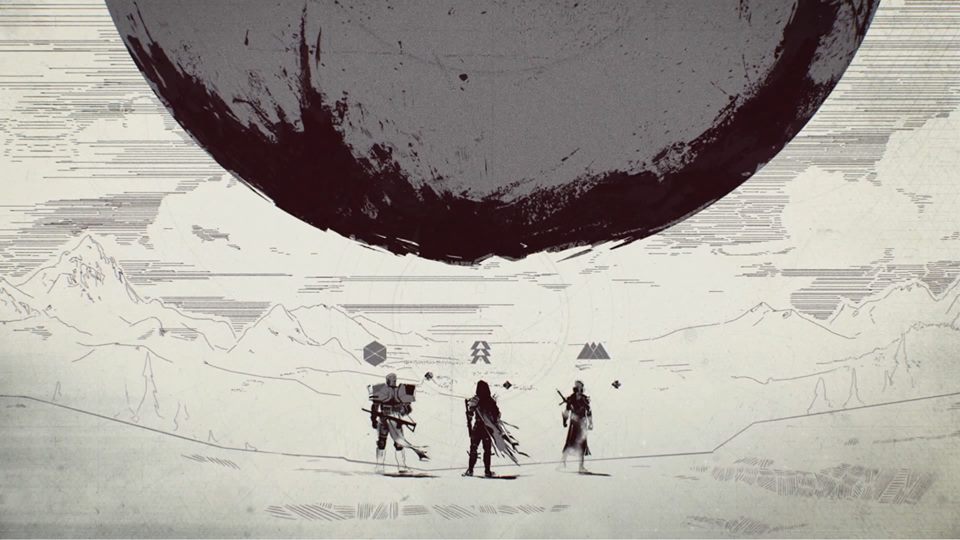 I won’t spoil anything, but it’s good to know that for those who played the first game, there is a nice (and tearfully nostalgic) throwback to those who invested their time before. No, you don’t get all your items back, but it is just as awesome. 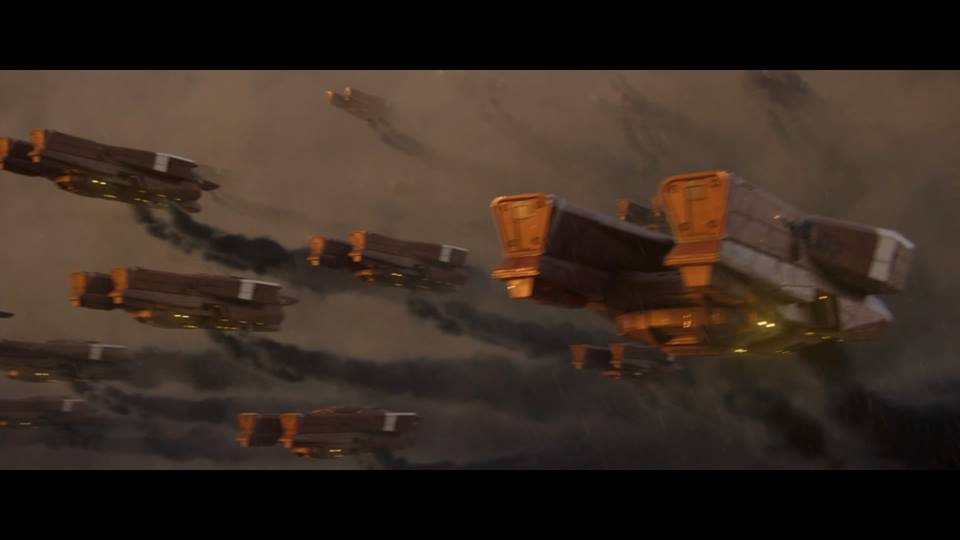 The main story of Destiny 2 begins just one year after the Tower, your main base of operations, was attacked by Dominus Ghaul. Here the Guardians venture forth and engage with the Red Legion, led by Ghaul in hopes to reclaim what is rightfully theirs. 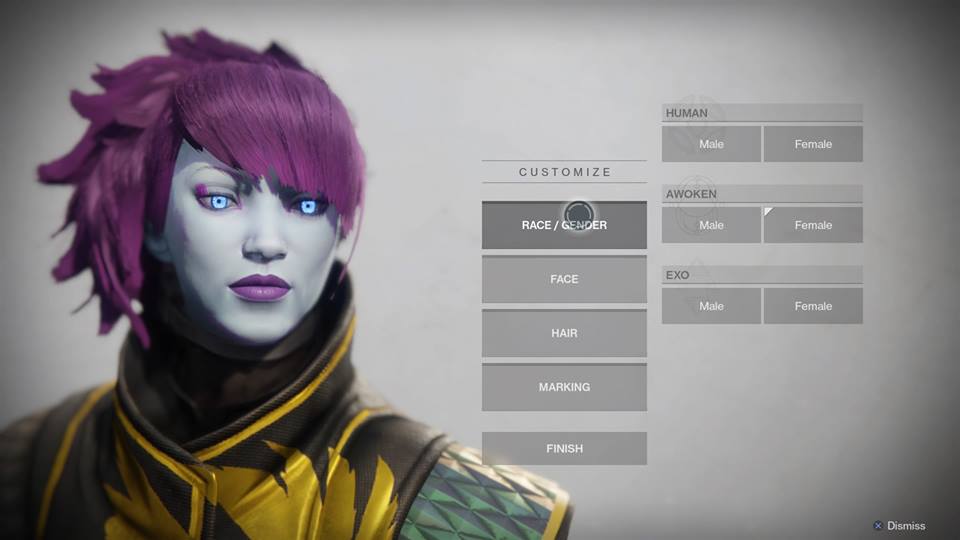 Just like the first entry, you play the role as Guardians and similarly, the original three character classes are back. Honestly I was hoping for more but hey, why tweak a solid formula right?

Each of the classes has their own unique variable player powers, which can be divided further to two sub-classes that greatly ups the customization of your character.

Here’s a quick lowdown, at the start of your campaign, you will only have access to one class. To unlock your second and third subclass you need to find a subclass relic. Once you find it, you’ll need to charge it by mostly killing stuff. When it’s fully charged, you’ll be granted a special mission that when completed, unlocks your new subclass.

Here’s a brief breakdown of the three: 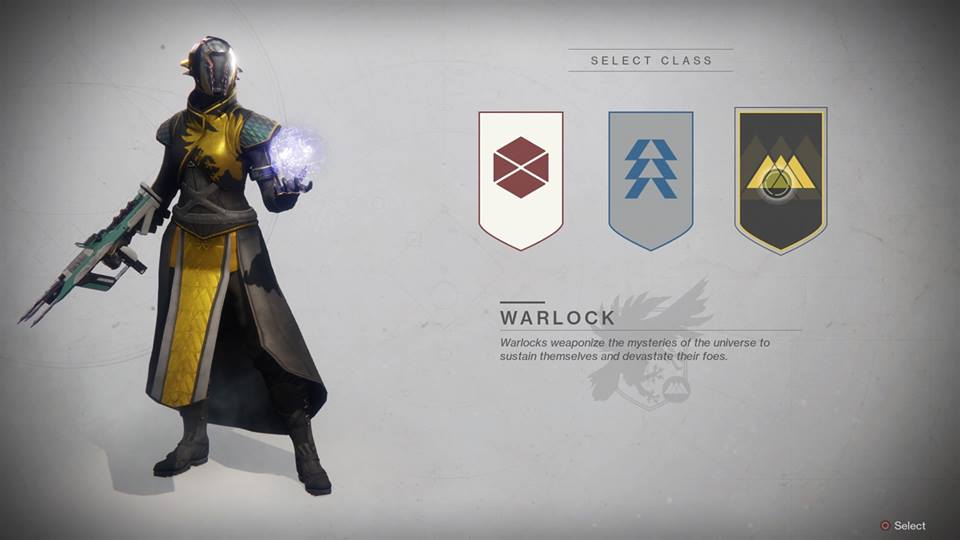 The Warlock “Dawnblade” (which replaced Sunsinger) utilizes it’s daybreak super, which forges solar energy and converting them into blades. The returning”Voidwalker,” is my personal favorite. It gives you the Nova Bomb which is an explosive attack that uses Void Light to disintegrate your foes. I am also particularly interested in the “Stormcaller” subclass which has Stormtrance, so I might dive into it during my next playthrough. 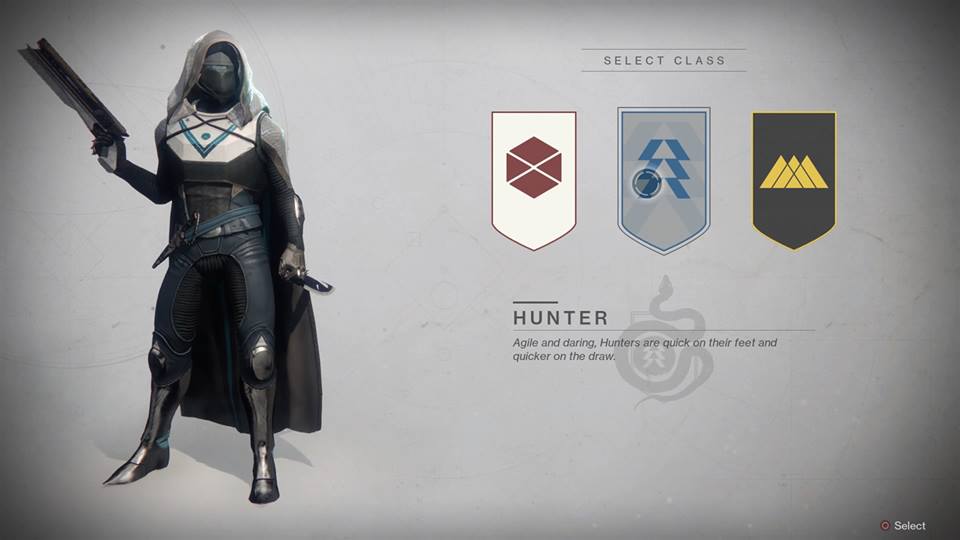 The Hunter class, aside from the original “Gunslinger” has a new sub-variety called the “Arcstrider” which replaces the “Bladedancer” from the first Destinly. This kit mainly uses an electrified staff as a weapon of choice. I prefer the Gunsligner and it’s awesome super the Golden Gun. Reminds me of McCree in Overwatch. And then there’s “Nightstalker” with it’s impressive Shadowshot that deals status damage. 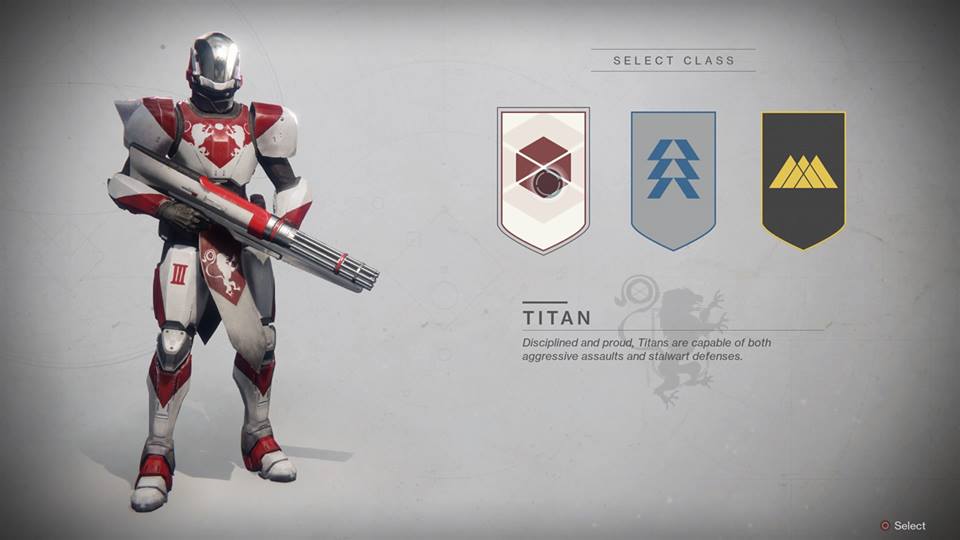 The Titans still have the “Striker” sub-class that has a fresh new tweak in terms of gameplay. The new sub-class, called Sentinel (replacing defender) utilizes shields that can serve as defense (surprise!) and (more surprisingly) can be used as an offensive tool as well! Lastly, the “Sunbreaker” has access to the Hammer of Sol that hurls flaming hammer projectiles. 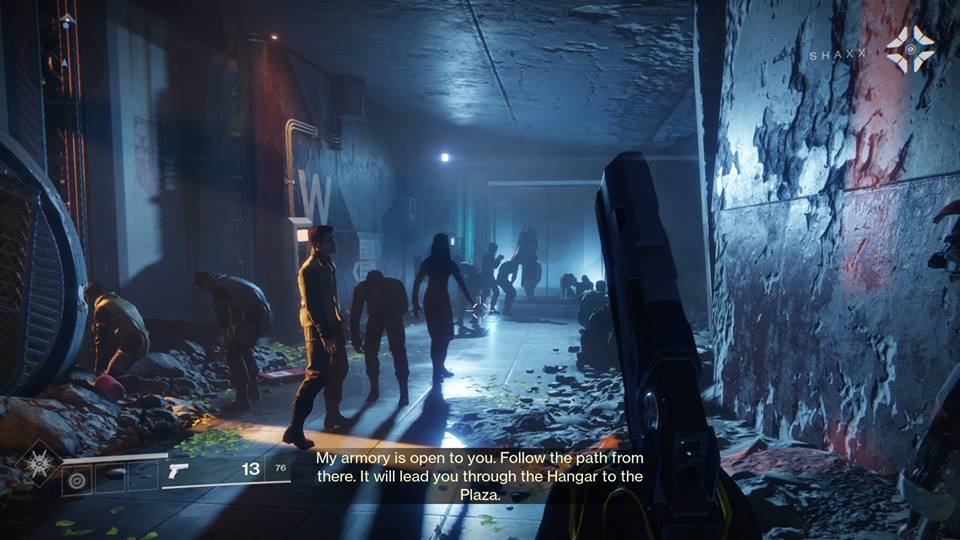 The first Destiny already delivered in spades some really solid gameplay. And I’m happy to say they really improved on an already elegant system. 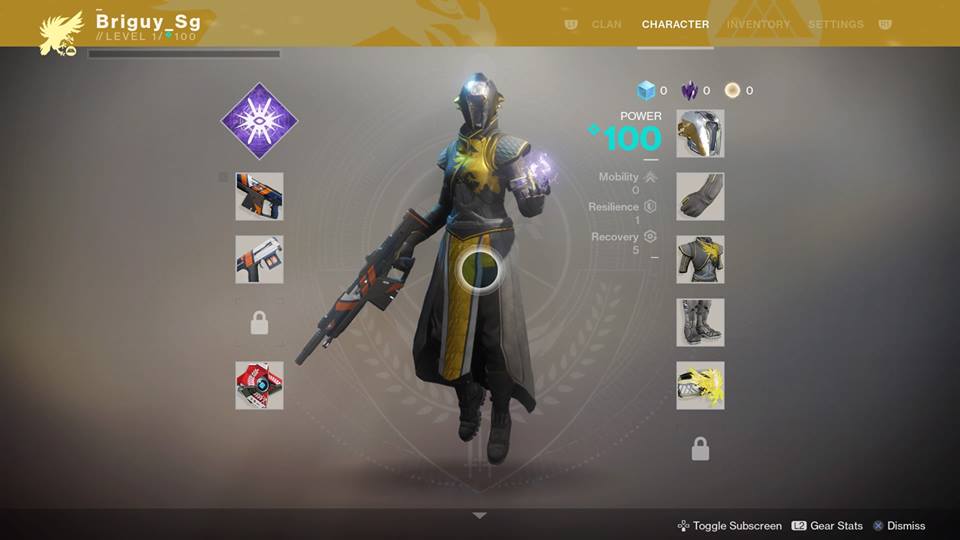 One of the changes they made is that they reconfigured the way you handle weapon loadouts. In Destiny 2, you get two primaries and one special. I would imagine that some players might be taking their sweet time here in deciding what to bring. 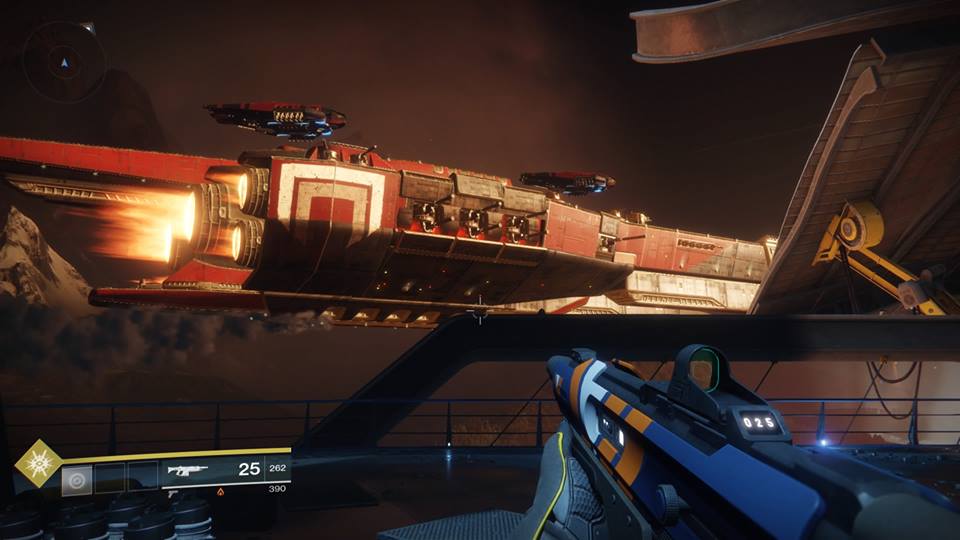 Much like the original, the bulk of the gameplay takes place on the player versus environment modes. This time around the game seems to focus a bit more on the exploration angle, as there are various locations and towns that a player can dive into and interact with the local NPC’s. Much like an MMO or an open-world game, these NPC’s usually give out side quests appropriately named Adventures (and mind you they awesome).

To access a mission, you land at a the specified planet’s laodout zone and just walk through the mission’s starting point. During the course of your travels, you are definitely going to encounter a lot (and I mean a lot) of side quests and other nice little details that flesh out the amazing story. This change of pace towards a more open-world type of structure makes the narrative more fluid and engrossing.

There are new areas added in the game, like the European Dead Zone from Earth, from which if you are familiar, was a competitive map in the first game. Others include moons from Saturn and Jupiter and a new planet called Nessus. The new areas feel larger than the original Destiny, but the newly added map feature makes it all the more easier to navigate. 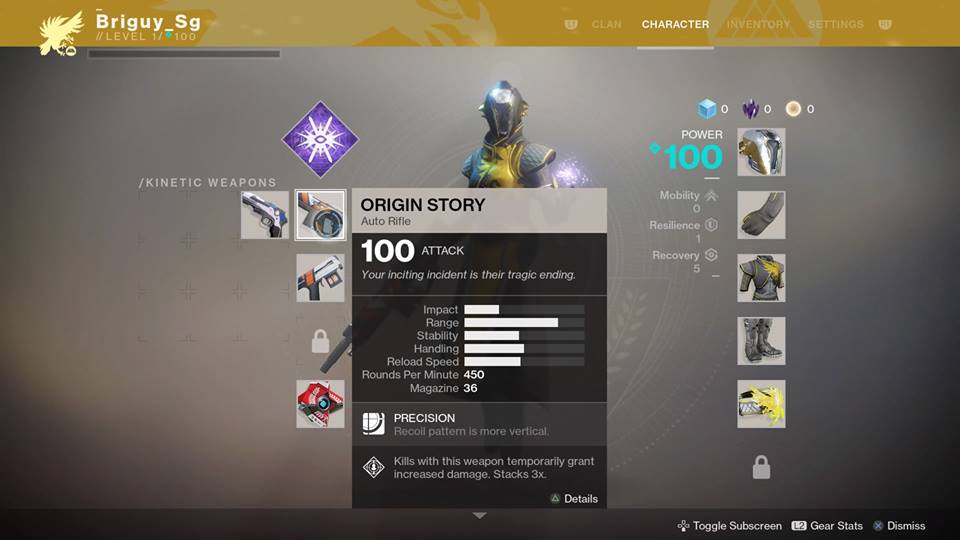 If you played the first game, you might remember this original setup – Weapons are categorized as Primary, Special and Heavy. The sequel made a new spin on those three with Kinetic, Energy and Power, which I would think happened because of the events from the first game. Gameplay-wise the changes feel similar though, as previous categories were just repurposed into the new names, so those Heavy weapons you’ve grown accustomed to, now belong to Power.

Armor on the other hand got some new names as well. Gone are the Strength, Discipline and Intellect stats as they are now replaced by Armor, Agility and Recovery. 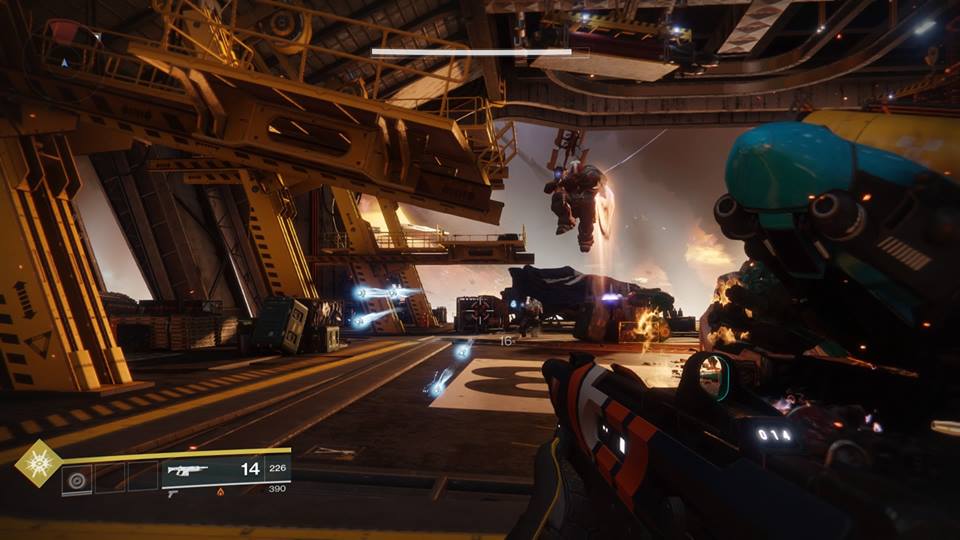 The games player-versus-player mode, the Crucible makes a triumphant return in Destiny 2. If you recall the first Destiny, the team versus team modes were composed of the 2v2, 3v3 and 6v6 varieties. In the latest design, they got rid of those numbers and made a universal count of 4 versus 4. The player cap mentioned is present in all game modes.

Speaking of game modes, two new features were added. In “Survival” each team has a fixed number of lives, simply put, if the team’s total reaches zero, they lose.

The other mode, which is strikingly similar to those found in Counter Strike, is called “Countdown” where one team attempts to place a bomb on the opposing teams home base and defend it at a certain amount of time until it detontes. Much like CS, the rival team can attempt to defuse it. I really enjoyed this new mode, which feels fast and frantic because of the added urgency and time pressure. 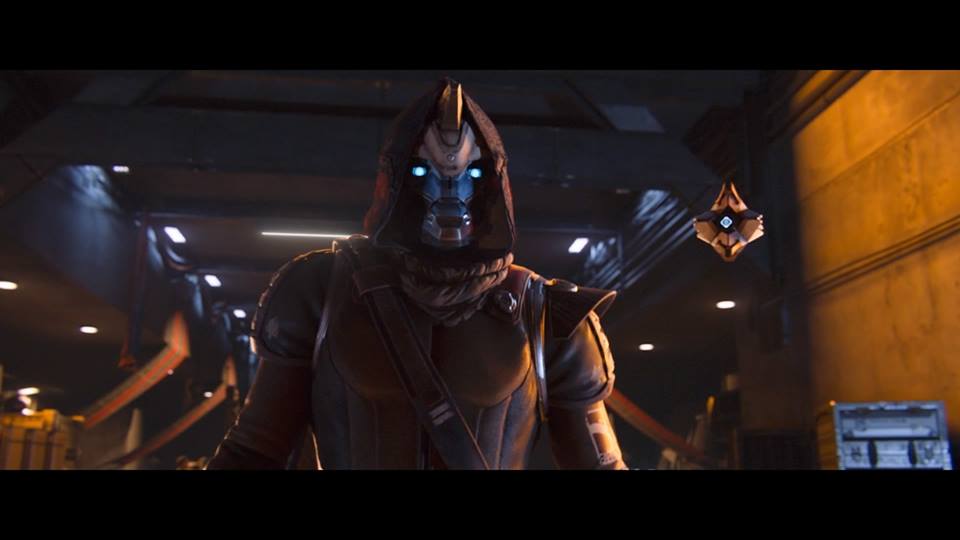 The sequel really made a very solid foundation that future Destiny games could pattern on. I had really high hopes here and I’m happy to say that they did not disappoint.

If this is a sign of even greater things to come, then I want in! For now, let me bask in the great indoors as I enjoy every bit this game has to offer.