But it's still hard as hell! 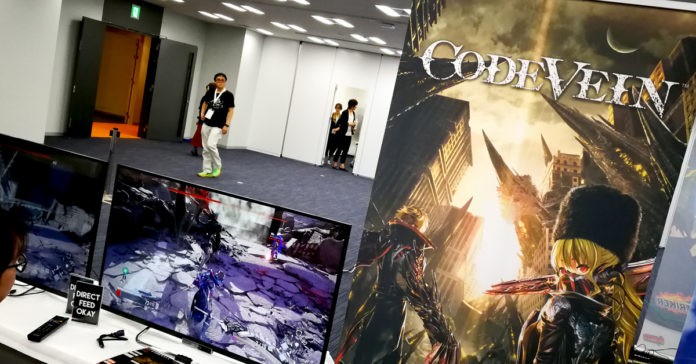 Code Vein is an upcoming action-RPG from Bandai Namco set to release in 2018 and early screenshots show a couple of things – This game LOOKS SUBARASHI (still on that Japan hype train, sorry) and apparently it’s a pretty tough game, drawing comparisons to the Dark Souls series in terms of gameplay and difficulty. During a Bandai Namco press event, we got a chance to play with a build of the game and let me be the first to tell you, the game feels as amazing as it looks. Bandai Namco has a hit on their hands and here’s our first impressions! 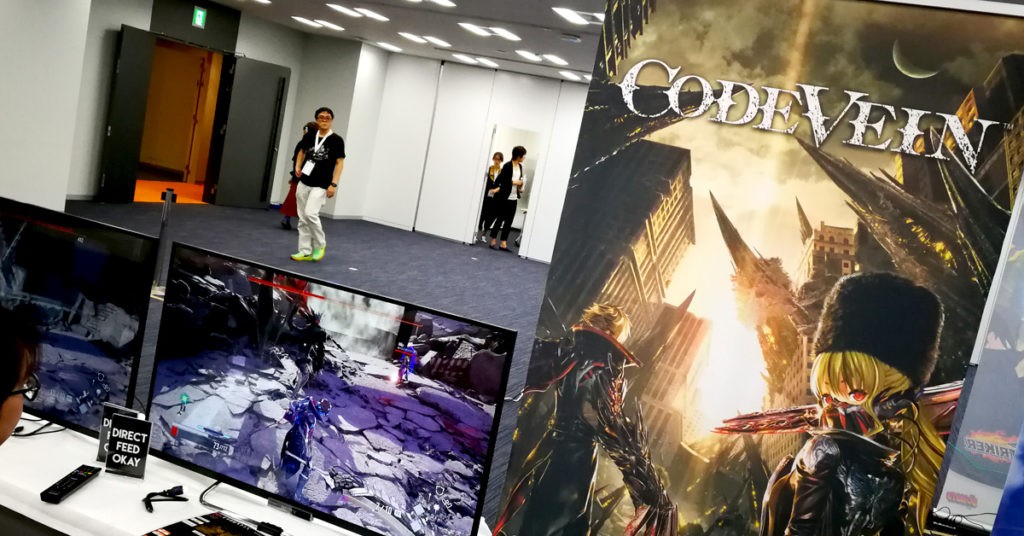 Code Vein feels a lot more like Nioh than Dark Souls in the sense that the environment isn’t too dark and dreary while feeling faster and smoother at the same time. The addition of the NPC to aid you in battle is an interesting concept, as you can have the NPC accompany you and actually help you out during tough moments, which is basically the whole game, if we’re being totally honest. The NPC has their own health bar and will assist and occasionally buff you as you crawl through dungeons filled with very tough monsters, and you’re not familiar with Dark Souls or Bloodborne, even the first minion you face in the game can kill you in a couple of hits. NPC customization options are missing at the moment and it is still unknown if the game will include something like that in the final build. 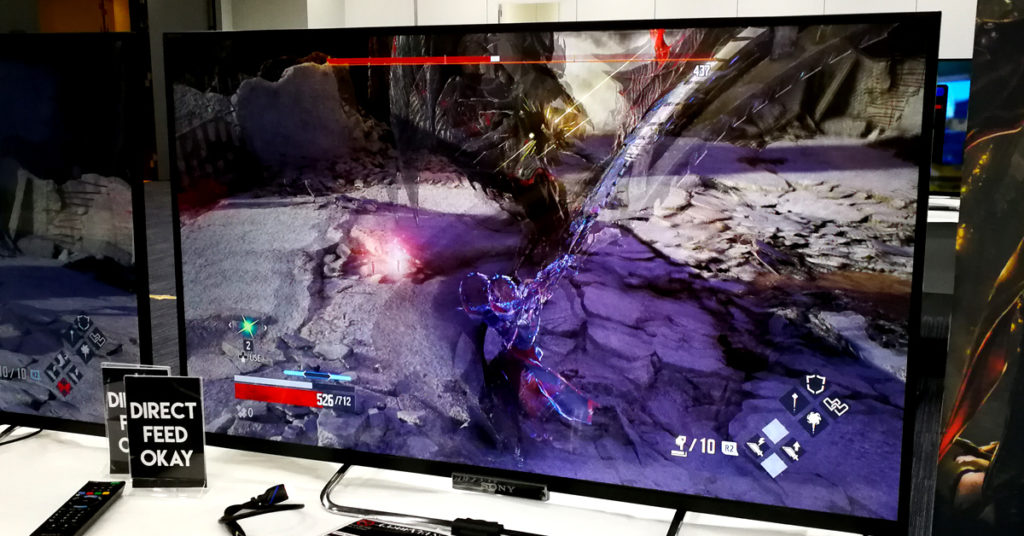 Your characters will level up as you progress through the game and you can allocate points to gain new gifts (or skills) that you can use during battle to make quick work of your opponents. This skill tree will be the defining characteristic of the protagonist and you can choose which path to take that will allow you to tackle upcoming challenges. The protagonist also has what you may call a Blood Code and while it’s hard to explain, it basically determines your style of play, which you can loosely compare to Nioh’s stances to a certain degree. Certain gifts only work with specific blood codes so you’ll have to play it smart if you want to get further into the game by maximizing every advantage. 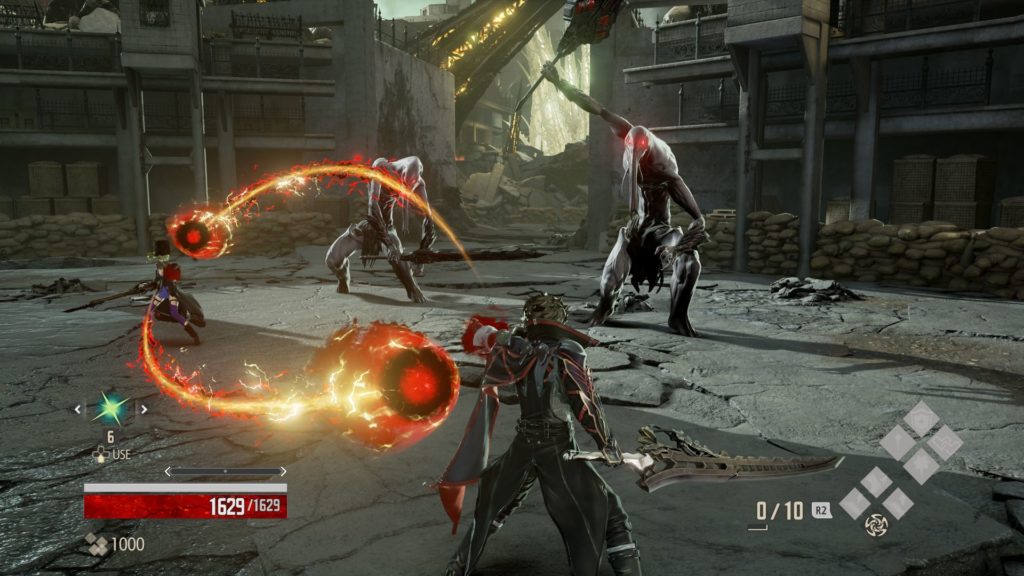 Speaking of gifts, it’s interesting to point out that if you want to keep using these skills in game, then you’ll have to start with, well, sucking a lot of blood through the use of blood veils. Each of the main characters have specific blood veils (take for example the Stinger for Mia) and you’ll need to use these special attacks to drain blood so that you may keep using your gifts. It’s an intriguing concept, and one that certainly ties into the design nicely. 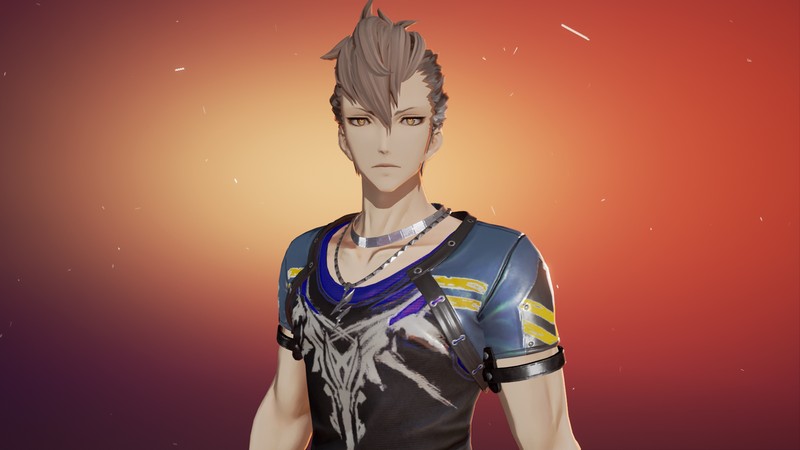 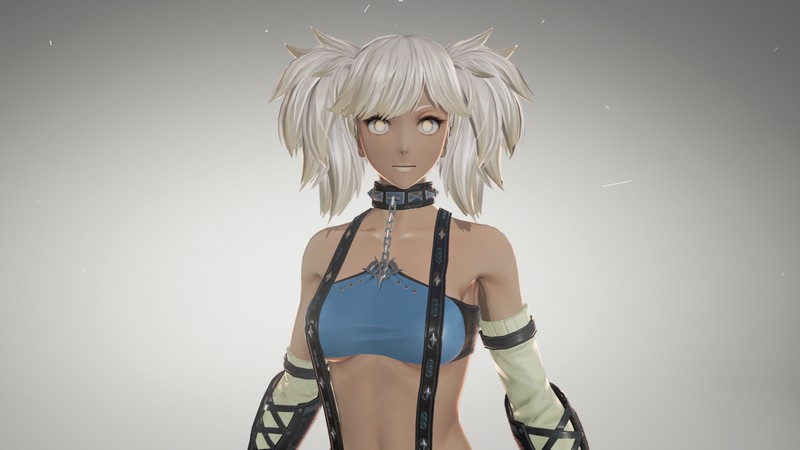 The first boss, as is tradition, is a toughie and it took a couple of tries to get it right. Armed with a huge sword and shield set, the winged demon jumps and blinks his way across the battlefield, making him a tough task to accomplish. Throughout the game, you’ll be reacquainted time and time again with your save spot so save early and save often because if there is any similarities with Dark Souls, it is equally as unforgiving.

One thing noticeably missing from certain games of the same kind are character customization options and Code Vein has it in spades, allowing you to customize the look of your character from the hair down to skin tone with tremendous flexibility. Indeed you will be draped in armor sooner or later but from very early impressions, it almost looks like the face will always be visible, allowing you to enjoy your customized avatar almost all the time. This is totally my thing and I’ll probably spend at least an hour here just to make a character to my liking! The graphics look amazing but it’s sad to note that the PS4 Pro won’t have any enhancements over the other versions of the game

Code Vein will release in 2018 for the Sony Playstation, Microsoft Xbox, and PC so start saving up now because you wouldn’t want to miss this game! Check out more screenshots below!

- Advertisement -
Previous articleI Got to Experience Monster Hunter: World | TGS 2017
Next articleRazer “Spins It To Win It” for one of the Best Giveaways in TGS 2017