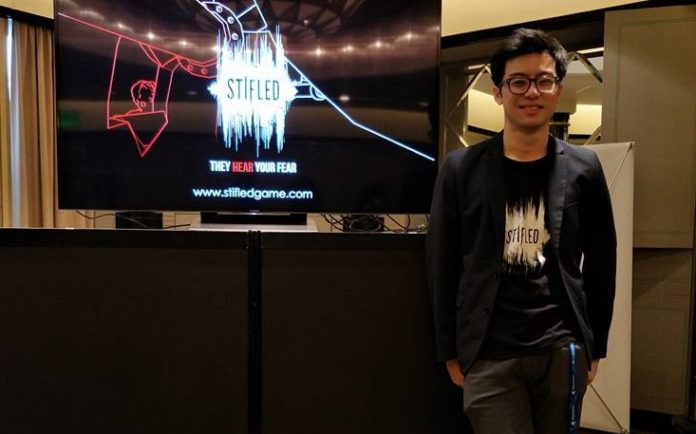 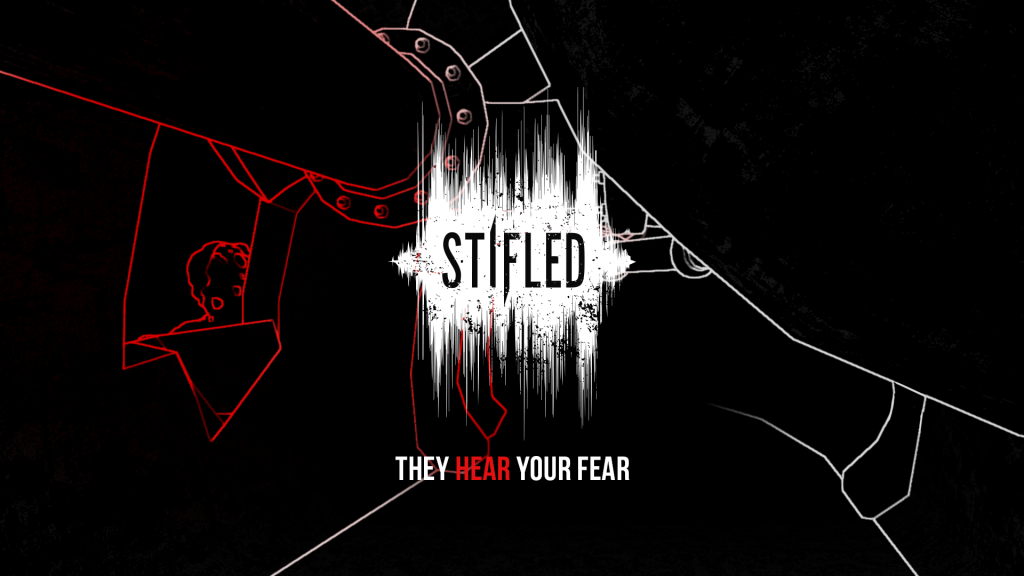 One of the more unique and interesting games to come from Tokyo Game Show 2017 was this sound-based VR title called Stifled. 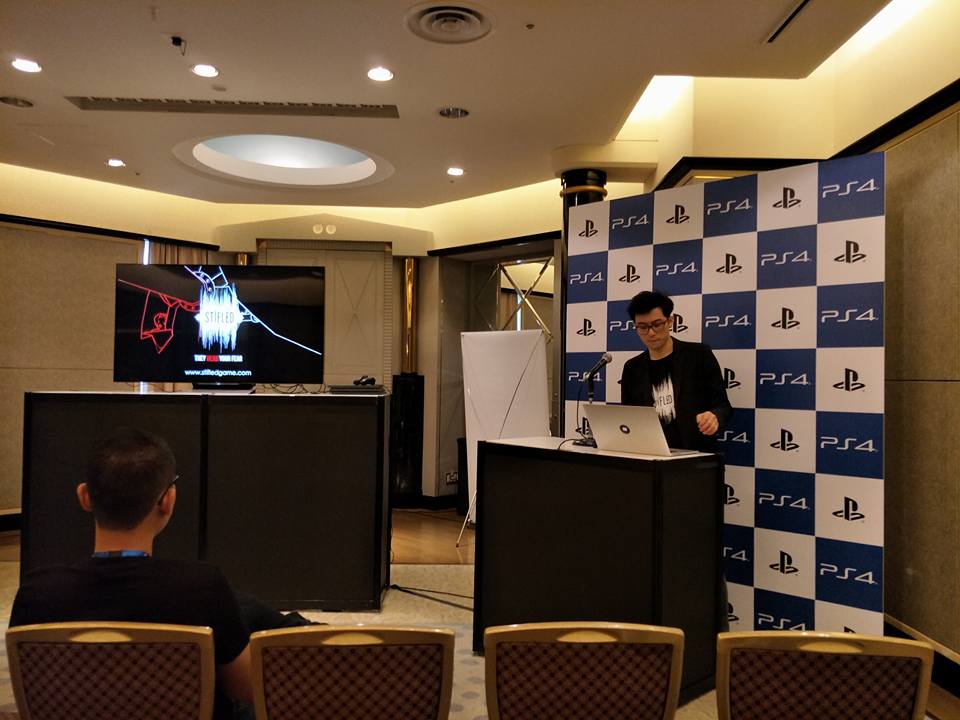 I had the chance to attend the press con during day 2 of the event and have a Q&A with one of the developers, here are some of the takes during that time as being discussed by one of the game’s developers Justin Ng from Gattai Games:

Like mentioned, Stifled is a “sound-based” Virtual Reality game exclusive for the PlayStation VR. The game uses audio mechanics to register visuals (think Ben Afleck’s Daredevil, or then again maybe not) called Echolocation, with the sound being used and eventually will get translated into graphics. It also gets to use the VR headsets microphone to its full potential, because in the game, the monsters can hear your fear coming from your own sound input. 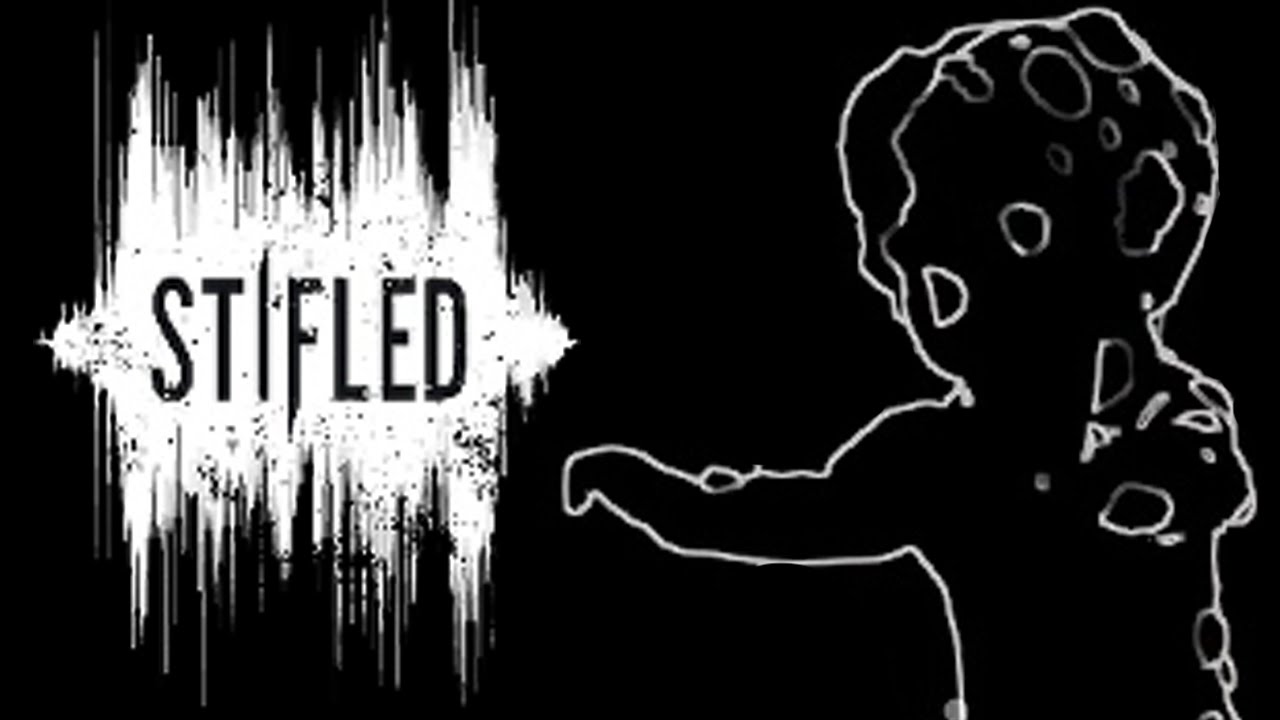 “Stifled is a multi-award winning, VR and Mic-Enabled Sound-Based Stealth Thriller, where sound is the only way you see and the enemies HEAR your fear.
In Stifled, the sounds made by your in-game character and yourself through microphone input reveal the otherwise hidden world through ‘echolocation’. However, undue noise will attract the attention of creatures lurking in the darkness. To survive, you will have to tread the line between making sounds to see, and staying quiet to stay hidden.
Stifled is the spiritual successor to Lurking, a student game developed over a course of 6 months at Digipen: Institute of Technology, Singapore. Lurking won the Best Student Game and Excellence in Technology awards at IGF China 2014, and was also nominated for awards at TGS SOWN 2014 and SXSW Gamer’s Voice 2015.aaaa” 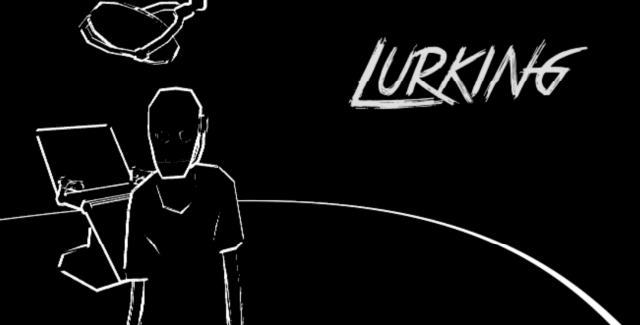 The game is said to be a “spiritual successor” to another game of their making called Lurking, and from the looks of it, seems to be a refinement of their earlier work but now incorporated with the new VR system. 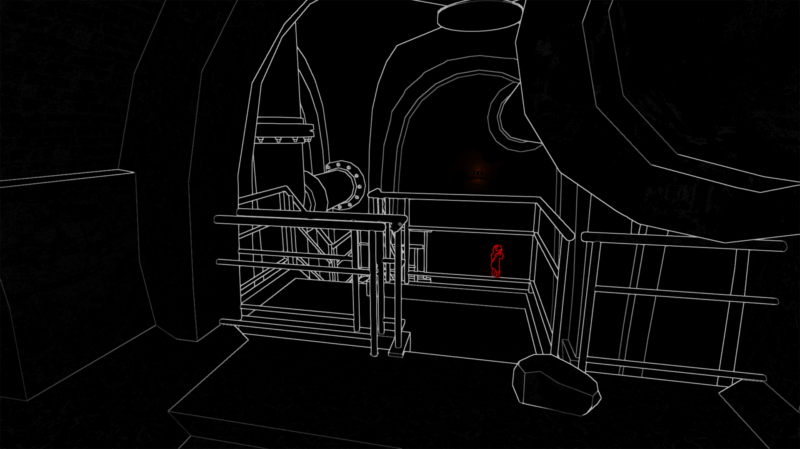 When I asked Justin regarding what kind of inspiration or motivation the team did when developing the game, I was a bit surprised at the answer; He said that generally the team is really not a fan of the horror genre, and that they started designing the mechanics of the game FIRST, then the survival horror theme followed through soon after because it suited the gameplay that they were developing.

The game is said to be predominantly a “stealth game” and not so much into just running around and killing stuff. It relies heavily on the VR mechanics like full visual roaming and more importantly the use of the microphone, because the games environment is dictated via the noise. For those who are wondering, the game has calibration settings for the mic, to buffer noise coming from outside the headset, which means that you can be fully immersed with the gameplay and not be interrupted by your neighbor’s dog.

Here a trailer that empahsizes the sound mechanic:

Speaking of sound, all the enemies in the game rely on sound as well, they can sense your fear through audio, it is also stated that they have various behaviors and patterns.

Stifled captures the “fear of the unknown” feeling that for me is much more scarier than the recent outing. The game looks really promising enough for me to want to play the final version. The game comes out later this year exclusively for the PlayStation VR.

- Advertisement -
Previous article
‘The Legend of Zelda: Breath of the Wild’ grabs the ‘Grand Award’ of the Japan Game Award : 2017 | TGS 2017
Next article
A new Yu Yu Hakusho smartphone game in the works?! It’s REI-GAN time once more! | TGS 2017