The Heavy Hitters of the Sony PlayStation TGS Press Conference!

Willing to buy time to play all these games! 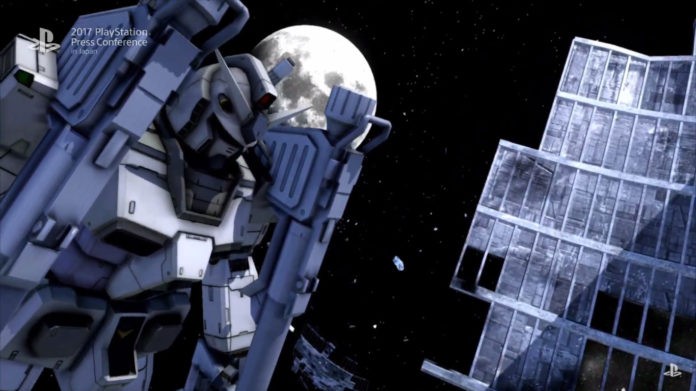 The Sony Playstation TGS Press Conference was packed with gaming goodness as announcement after announcement was made to the delight of the thousands of fans watching worldwide. A huge number of games were announced AND revealed and we had to take a breather after just to contain our excitement. As the dust settled, we take a look at some of the games that caught our eye during the press conference!

If you’re like me, you probably spent hours on end traversing the Mexican border and shooting everything that moves in the Undead Nightmare expansion. Well in 2018, looks like we’ll be heading out to the wild west once again as Red Dead Redemption 2 is coming back, bigger and better than ever! No new details were announced but knowing Rockstar, the game is in good hands.

Fist of the North Star

What do you get when you get Kenshiro and make him jiggle cocktails as a bartender? A new Fist of the North Star game blasting its way to your PS4, that’s what! Fans of the anime and manga will definitely want to check this out as the game releases on Feb 22 2018!

Releasing in 2018, we get a new Gundam game and from the looks of it, the action looks to be fast paced and intense, just the way we like it! If you love giant robot battles, look no further!

Hidden Agenda is one of the up and coming games that will utilize PlayLink, the new service from Sony Playstation that will allow multiple players to participate in a game via their mobile phones and determine the outcome of the story based on their choices. Think of it as kind of like Heavy Rain sprinkled with coop goodness as Hidden Agenda will release sometime in 2017!

Definitely an intriguing game from Square Enix, Left Alive is bannered by Yoji Shinkawa from that series that we all know and love, Metal Gear. It is hard to tell what type of game this will be based on the trailer but the setting looks to be that of a shooter set on a backdrop of war. No release date has been provided but keep your eyes peeled out for this possible gem of a game. Check out our article here!

Anubis Zone of The Enders: M∀RS

Yup, Zone of Enders is back baybeeee! This time you get to experience the whole ZOE2 again but from an entirely new perspective. Check out our feature article on it here!

Monster Hunter: World finally gets a release date and some sweet news on the Collector’s Edition, a PS4 MHW Edition, and more! Find out more in our feature article here!

Keep your browsers plugged into Ungeek as we bring you definitive coverage of the 2017 Tokyo Game Show as it happens! In the mean time, check out our other articles for more TGS 2017 goodness!

Chris Garcia
Chris has been part of the Philippine eGaming scene ever since his Level Up! days working on Ragnarok. This Dota 2-talking, Yeezy-wearing and technical-gaming proficient geek, enjoys eSports on an international and local level. He's doing his bit for the industry as well as he continues to work with wonderfully talented local game devs at Altitude Games.
- Advertisement -