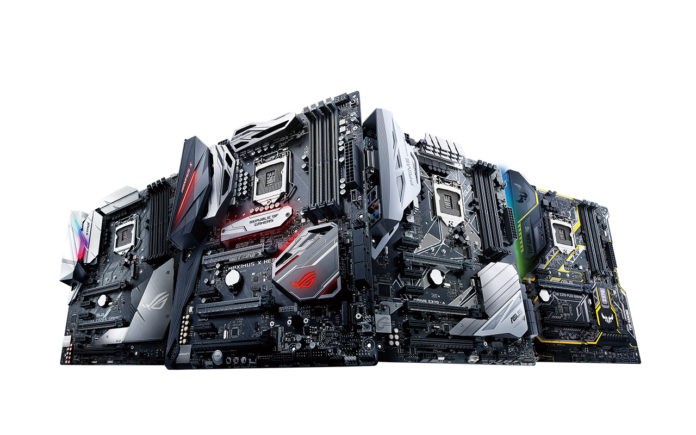 The 8th generation Intel Core processors called Coffee Lake are now strolling in with even more performance compared to the previous generation. Naturally, you’ll need to find a suitable home to house all that power. ASUS lovingly provides us with up to 15 models for the Z370 motherboard, with various pricepoints for various customers. 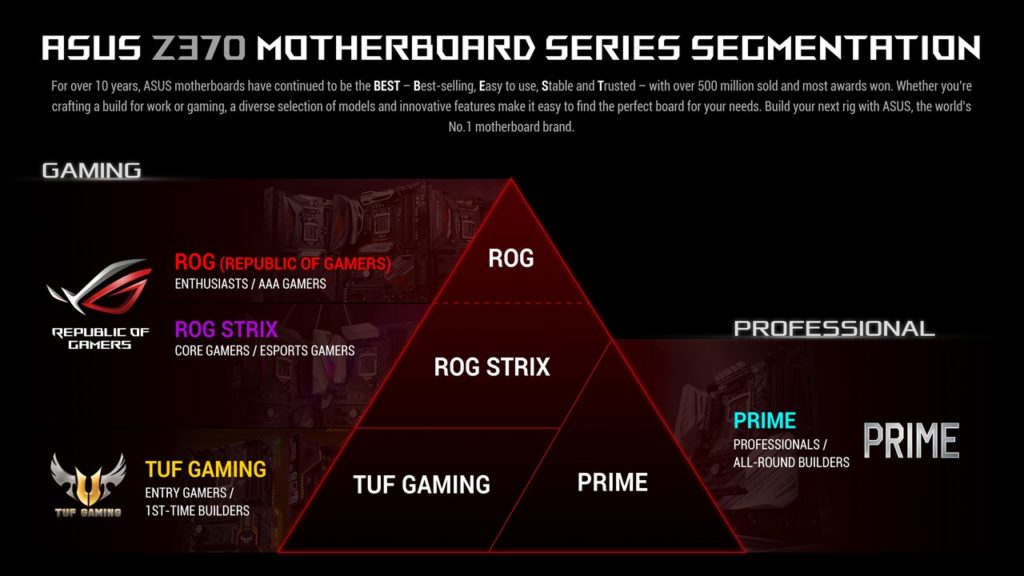 The most basic is the Asus Prime, which has all the necessary bells and whistles, but is far from the most extensive motherboard. It also has its TUF Gaming series, which is also an entry-level motherboard geared towards gamers. It also has its ROG and ROG Strix line for the mid-upper end users, and of course, its top of the line Maximus for only the most discerning enthusiasts.

While the obvious differences between the motherboards are the number of PCIe lanes, and SATA connections, the biggest difference is in the memory clock speed. Coffee Lake already inherently accepts DDRM-2666mHz, but the Asus boards accept between 3866mHz all the way to a whopping 4266+ mHz, if your memory can handle it.

Aside from that, all the good stuff are there, a generous number of USB ports, with a few of them supporting USB 3.1 Gen 2 Type-A and Type-C, ethernet, two M.2 ports, SLI and Crossfire configuration (depending on number of PCIe lanes), and of course, overlocking. Some also include Asus’ own Aura Sync headers.

While we’re not sure which models will make it to our shores, we can expect a good number at multiple price points, as Asus has done in the past. According to Asus, the boards will be available starting October 5 so be sure to check out your favorite PC shop for stock.

- Advertisement -
Previous article
My Little Pony: The Movie has finally arrived!
Next article
The gang’s all here in the upcoming season of the Seven Deadly Sins (Nanatsu No Taizai)