GT Sport Review | GT is back and ready to take on the competition!

Those damn license tests are back too! 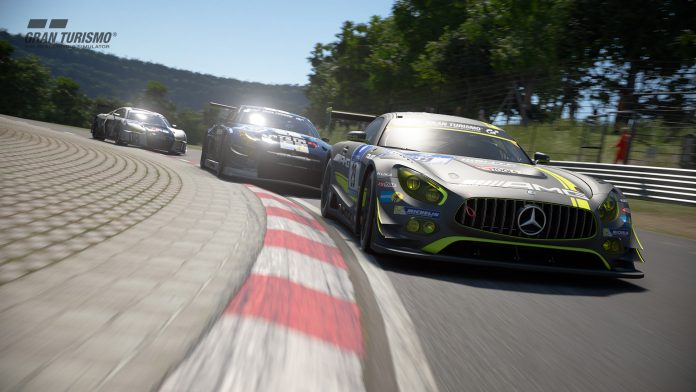 Gran Turismo is a name well established in the gaming scene as one of, if not the first racing game that fully simulated the real experience of getting behind the wheel. The first time I popped that game into my PS1, there were so many settings on the screen that I remember just maxing everything out thinking it would make my car the fastest one out there. You could very well imagine the disaster that ensued a few minutes after. Over the years, GT has lost its grip on pole position to other masterful racers such as Project Cars and Forza Motorsport but with GT Sport for the PS4 making a run, can the once king of the hill climb back to the top?

Before we go into the things that really matter, we’ll get a few obvious insights out of the way, especially if you’ve played the open beta. First of all, the graphics are absolutely insane, even so when you think about it that you can achieve a crisp look even on a stock PS4 and not on a Pro. Cars looks exquisite as they race through the track, the locations are picturesque especially my favorite track Dragon Trail, and all of this without a hiccup means that the development team has been hard at work with optimizing for the current platform. The line between what’s real and what’s a game is getting thinner and thinner every year and I’m genuinely thrilled to see what it could be about 3 years down the line but for now, +1 for GT Sport.

Sound is most definitely a big improvement here compared to the GT titles of old. The old GT titles suffered the most in audio quality, with each car and exhaust sounding more and more like a wheezing vehicle on its last legs. GT sport has addressed all of the auditory concerns and what we have here is a sensory masterpiece, with each car sounding like it should from when you accelerate up to when you cross the checkered flag. Another BIG +1 for GT Sport here, MAJOR improvement.

Controls are what you’ve come to expect of GT Sport, but personally I felt that driving a car here feels a little bit more forgiving than Forza or Project Cars. The gameplay has been made quite accessible to newcomers but can still demand a sense of know how from long time fans and driving enthusiasts. Driving a car with stock options can win you a few races here and there but you’ll have to learn to tweak those sliders and level up your skills to be able to take on the big boys. GT Sport has achieved a good balance here as it eases novice racers such as myself well into the game without kicking us to the curb too early.

Online races are also a lot of fun, even for someone like me who hates dealing with other players. How it works is that there are scheduled races that you will need to qualify for, meaning you will have to race on the track and set a time that falls within a good range that will land you in the set number of people who can qualify for a race. I did not expect to have as much fun as I did here and surprisingly, my competitive nature immediately kicked in as I started to qualify towards the bottom half of the standings. Seeing this happen in real time really gets to you, as you’ll scramble to improve your time every lap so that you can qualify for the race. It’s this feeling of competition that GT Sport brings out exceptionally well and the satisfaction of even just qualifying for a hotly contested race is second to none.

The system is pretty robust and I’ve yet to really encounter a race with really bad connectivity or lag issues. Coupled with the Sportsmanship rating where the system enforces certain penalties depending on whether you were a jerk on the track or not. It’s not quite perfect, and I’ve had a few penalties imposed on me just because I bumped another racer due to not braking on time, but for the most part it does the job of having some drivers make a conscious effort to treat it like a real race. You’ll get the occasional douchebag driver some times, but overall the matches I’ve played are decent and competitive.

GT Sport has shown a tremendous amount of polish for a game that has been in development for quite a number of years, but that same development time is where my gripes actually come in. 3 things actually…

First off is the glaring lack of content and by content, I mean the amount of tracks, cars, and even a single player campaign that will make introverts cry. When you think about it, 100+ cars is not a small number by any means and for racing games such as this, it’s highly unlikely that you’ll be driving all cars by the time you’re done but given the standard that other games have put forward, which is at least 3 or 4 times more cars, this shouldn’t have been an issue. Gamers love their collections and the more cars to add to their garage, you can very well bet that the hardcore fans will try to get ’em all.

Content is forgivable for me, honestly speaking, as we all know how DLC’s work these days and have slowly come to expect it to be the gold standard, but my next point will probably hit a few nerves. GT Sport is meant to be played online, and while you can play some player vs AI modes while offline, none of your progress is saved. This almost always online functionality is apparently a step to handle hackers / cheaters and while that is greatly appreciated, not all gamers on this side of the world can afford a stable connection, let alone a connection fast enough to have you play at a competitive level. While I understand that there racing against the best in the world is where the competition is at its hottest, I would have appreciated some love shown to offline players such as a comprehensive campaign mode like Project Cars or some story based progression similar to Need for Speed titles.

With that said, and you could fairly guess what my 3rd gripe about the game is, the game gets repetitive fast. With only so much to do and hardly a trace of a full length single player campaign, you could run out of concrete sooner than you think. Don’t get me wrong, while I’ve personally not grown tired of the game just yet, the less competitive players might not feel the same way. The control scheme and overall feel has become accessible to new players, but the content has not.

For all its shortcomings, GT Sport is another milestone for the long running franchise. It is robust enough to give you enough bang for the buck should you fancy yourself racing against the best players in the world. The cons are quite glaring, but what the game has in store for you is enough to make you plop down your hard earned cash for it. Strap yourselves in and get ready for a wild ride as GT Sport is out now for the Sony Playstation 4!

Previous articleStranger Things 2 Review | Still good but not quite better the second time around
Next articleIt has Ryzen! A New Gaming Laptop from ASUS Comes Into the Fray!

GT Sport Review | GT is back and ready to take on the competition!For all its shortcomings, GT Sport is another milestone for the long running franchise. It is robust enough to give you enough bang for the buck should you fancy yourself racing against the best players in the world. The cons are quite glaring, but what the game has in store for you is enough to make you plop down your hard earned cash for it. Strap yourselves in and get ready for a wild ride as GT Sport is out now for the Sony Playstation 4!