It has Ryzen! A New Gaming Laptop from ASUS Comes Into the Fray! 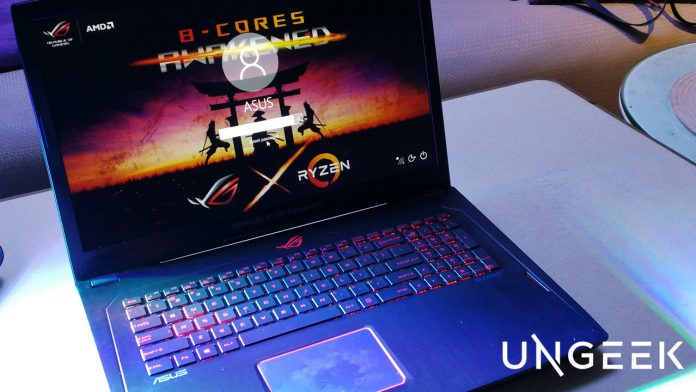 Towards the end of September, ASUS, one of the world’s leading names in video game hardware (laptops, motherboards, graphic cards, peripherals) unveiled their latest addition to the long list of gaming laptops that they current carry, and one without the distinct Intel / NVIDIA brand. Ladies and Gentlemen, presenting the ASUS ROG Strix GL702ZC, superbly powered by AMD Ryzen. 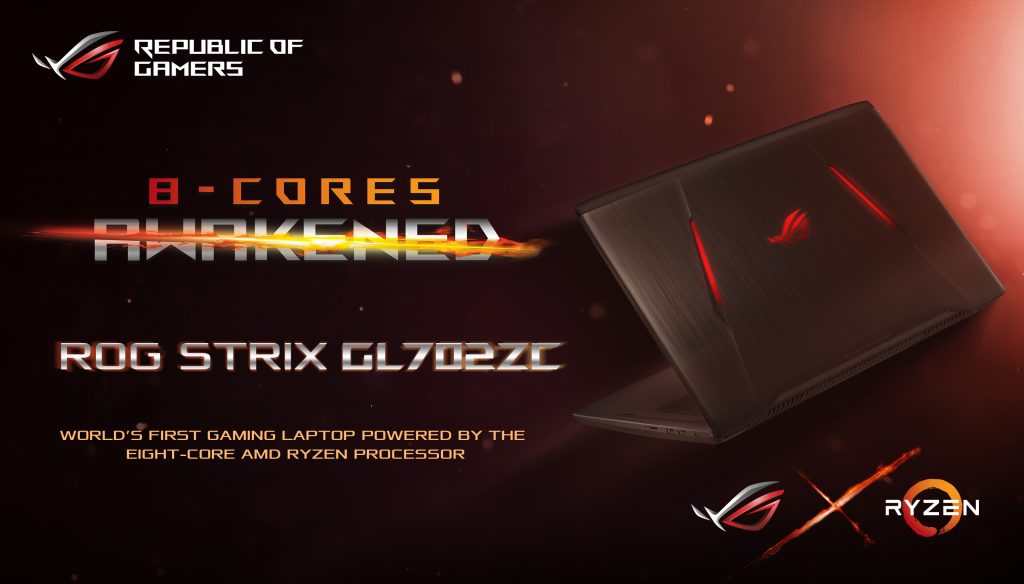 RYZEN UP! BACK ON THE STREETS!

Ever since AMD announced their new computing processor aka Ryzen, the techworld has been buzzing with intrigue, speculations, but above-all-else, excitement. That energy didn’t dissipate after months of reveal and quite a bit of product showcase as each release was met with fervent interest from the tech and gaming community. So, when ASUS announced that they’re launching the first laptop fitted with an AMD Ryzen, people were pretty stoked. 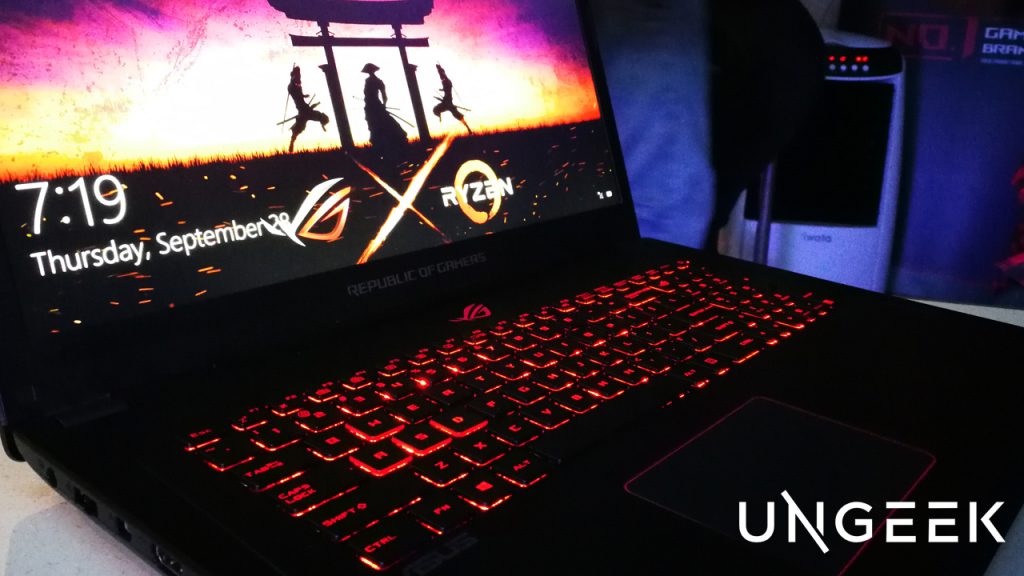 Imagine, 8-core, 16-thread of multimedia goodness on a (relatively) easy to carry machine. We got to check this bad boy out and got some sweet, sweet alone time for a while during the media launch event. 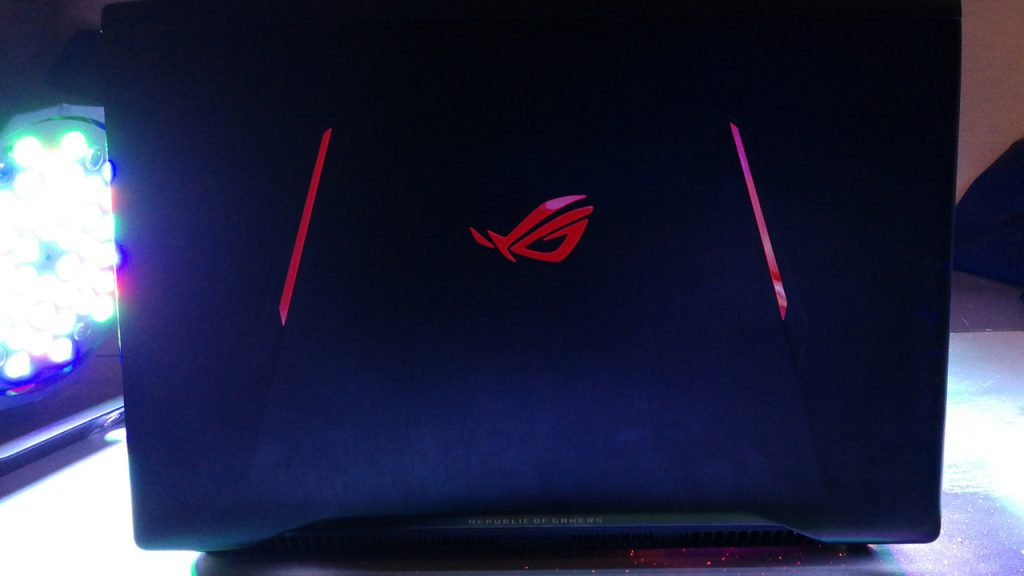 As can be expected, ASUS really packed this machine with the best features that can truly maximize Ryzen. The laptop can come with either a Ryzen 7 1700, which features up to 3.70 GHz boosted speed for maximum gaming and computing speed, or with its smaller brother, the Ryzen 5 1600. It also features a 4GB RX 580 graphics card that can power most games on high or ultra quality, as well as allow for Virtual Reality applications.

It will also come with either 8GB or 16GB of DDR4 RAM, with support for up to 64GB RAM for maximum workflow and multitasking capabilities. Lastly, all models will come with a 1TB 7200rpm HDD with a 128GB NVMe SSD which you can upgrade up to 512GB for that incredibly fast boot and load times.

But what sets this apart is that the screen. Featuring 17.3 inches, the laptop will come with a 1980×1080 75hz or 120Hz FreeSync IPS monitor to allow for incredibly smooth and seamless gameplay. FreeSync is an AMD proprietary technology that synchronizes the screen’s refresh rate with the graphics card to minimize input lag, stuttering, and screen tearing. Not just that but if you have the extra dough, you can even upgrade it to 4K resolution! 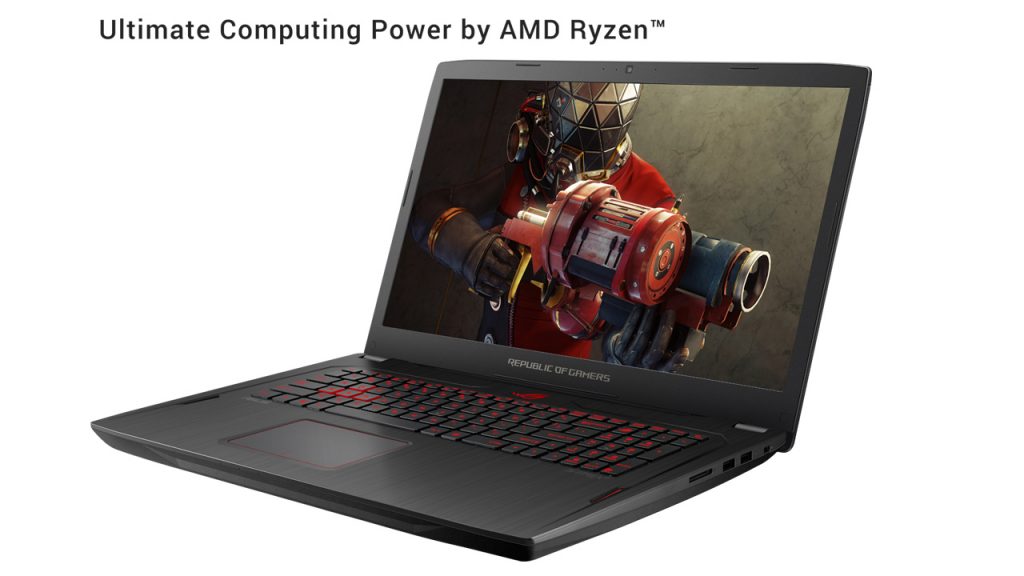 Despite all these beefy hardware, the ROG Strix GL702ZC’s chassis is only 1.3” thick and weighs less than 7 lbs., making it relatively easier to carry around. With a brushed aluminum feel, and a 30-key rollover, this is a premium product but at a not-so premium price. 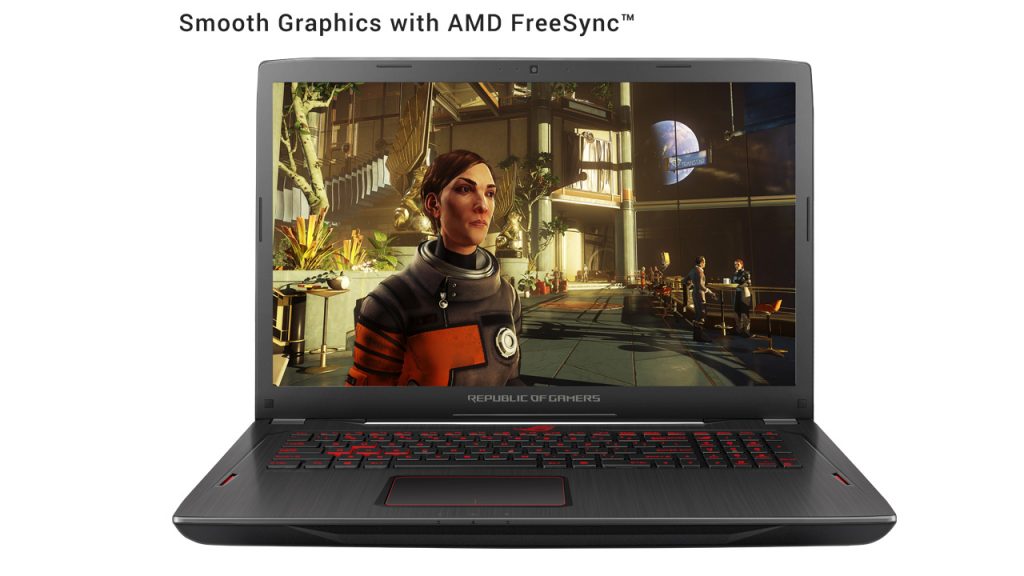 What makes the ROG Strix GL702ZC magnificent is that it caters to both hardcore gamers and content creators who are always on the go. The incredible processing power of Ryzen means you don’t have to worry about streaming and gaming off-site, while the RX 580 allows for you to play almost all games at high or ultra level detail, at a pretty high refresh rate to boot. And if it can’t handle it, the FreeSync screen will make the display incredibly smooth and input-lag free. Factor in the price, and this is a laptop that’s hard to beat.

- Advertisement -
Previous article
GT Sport Review | GT is back and ready to take on the competition!
Next article
Come and support local talent as all eyes are on the ESGS Indie Arena and Gamefest 2017!