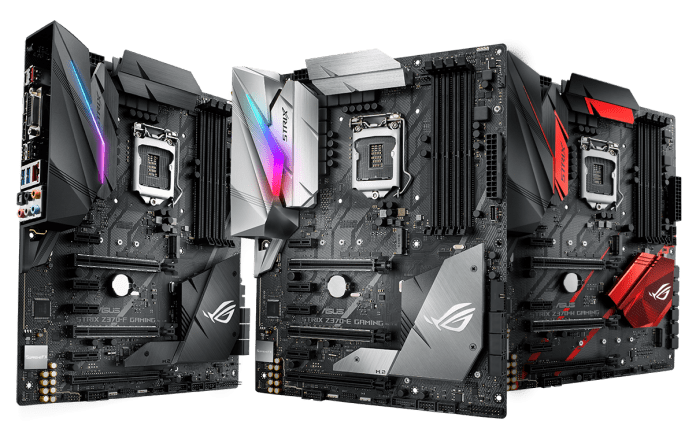 Always at the forefront of gaming, ASUS Republic of Gamers recently announced the imminent launch of the Maximus X and Strix Z370, a diverse collection of ROG Z370 gaming motherboards featuring support for the latest 8th Generation Intel ® Core ™ processors designed to overclock your gaming experience to new power levels! 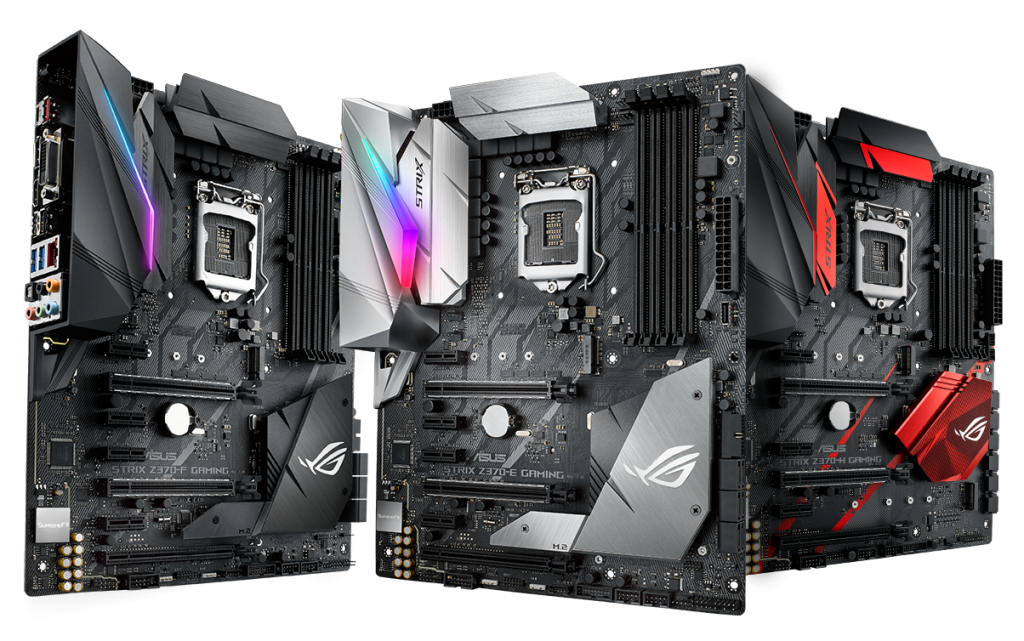 With the rise of Ryzen (pun slightly intentional), Intel ups their game by coming up with these six cores and 12 thread, 8th Generation (also known as Coffee Lake) chips. The purpose, of course, is to better give exceptional performance for gaming and other multimedia applications with its considerable overclocking potential.

This is sure to draw huge attention from heavy power users and overclocking enthusiasts! 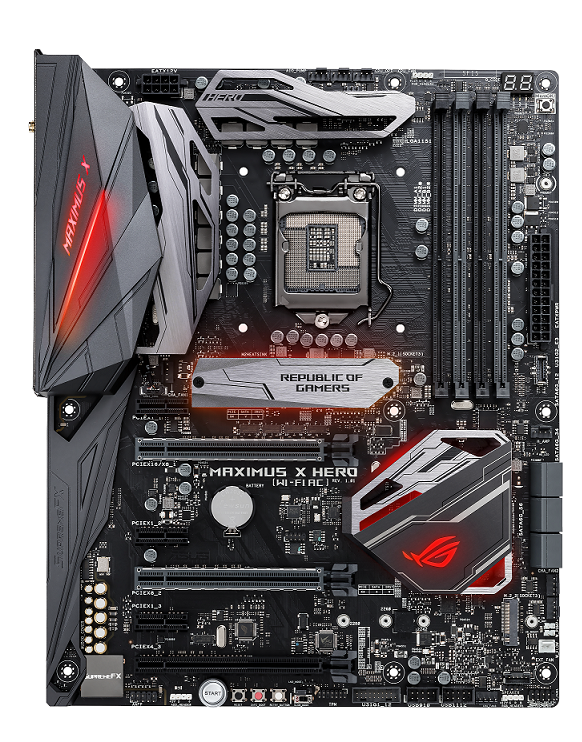 That’s a lot of Maximus Mobos and gives higher-end users more variety! Lest you think ROG isn’t thinking about the rest of us, they also have a bunch of Z370 Motherboards for their Strix family. From the full-sized ATX options like the Strix Z370-E and Z370-F Gaming, and an unexpected retro revival, the Strix Z370-H Gaming to smaller form factors, like the  mATX Strix Z370-G Gaming and Mini-ITX Strix Z370-I Gaming, ASUS ROG ensures that every gamer, regardless of need can get their hands on an 8th Gen Intel ® Core™ -supported motherboard.

The ASUS Maximus X and ROG Strix Z370 series motherboards will be available by the fourth week of November 2017 in the Philippines so get your wallets (and Christmas Bonuses) ready as the Republic of Gamers has come to take you monies! 😀 Check out the full list of suggested retail prices below.

- Advertisement -
Previous article
Feel the Nostalgia! The Nokia 3310 3G is now available in the Philippines!
Next article
Bandai Just Revealed a Full Metal Panic Game Coming for the PS4!