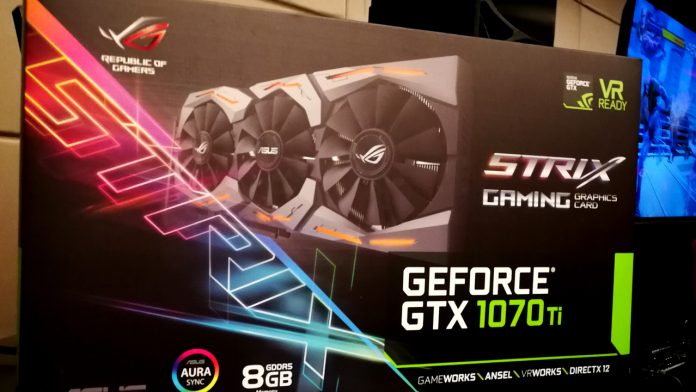 While graphics cards prices have been on the up and up for some time now (damn miners! >:\), it’s very refreshing to see the market being more segmented at different price points vis-a-vis performance. ASUS is one of the first to announce their GTX 1070 Ti lineups.

Naturally, we have the ROG Strix GeForce GTX 1070 Ti, the top of the line, the crème de la crème. 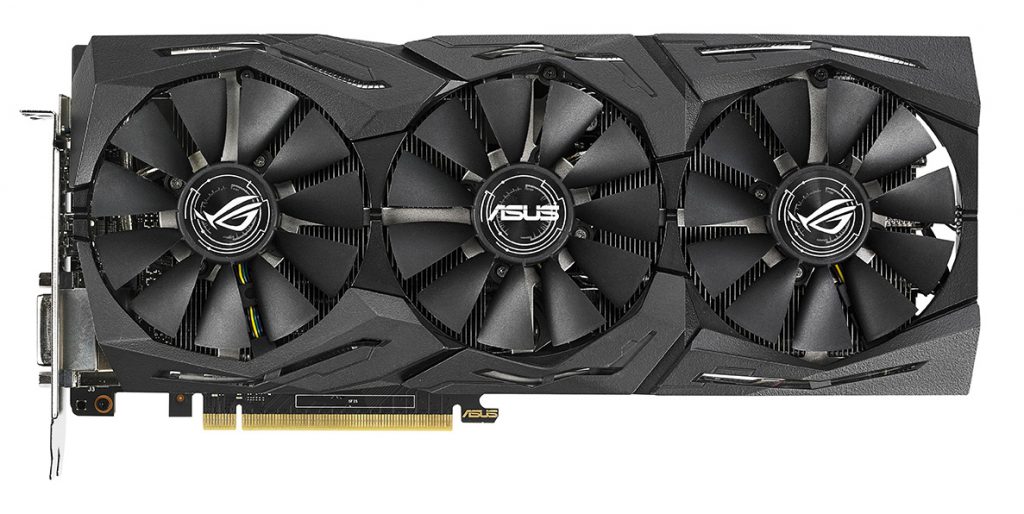 This bad boy features three 0db wing-blade fans that allow for maximized air flow with a quieter gaming experience, an improved copper heatsink, and constructed with a 2.5-slot width, making this one big card. It also features of boosted clock speeds of 1721MHz for the Standard Edition and 1759MHz for the Advanced Edition. Of course, you can always OC it yourselves, but the boost provides a decent starting point.

The Asus Turbo GeForce GTX 1070 Ti is their take on Nvidia’s reference GTX 1070 Ti reference card. It features their own dual-ball bearing fan for up to 2x longer card lifespan, and a customizable backlit logo for a more personal effect. 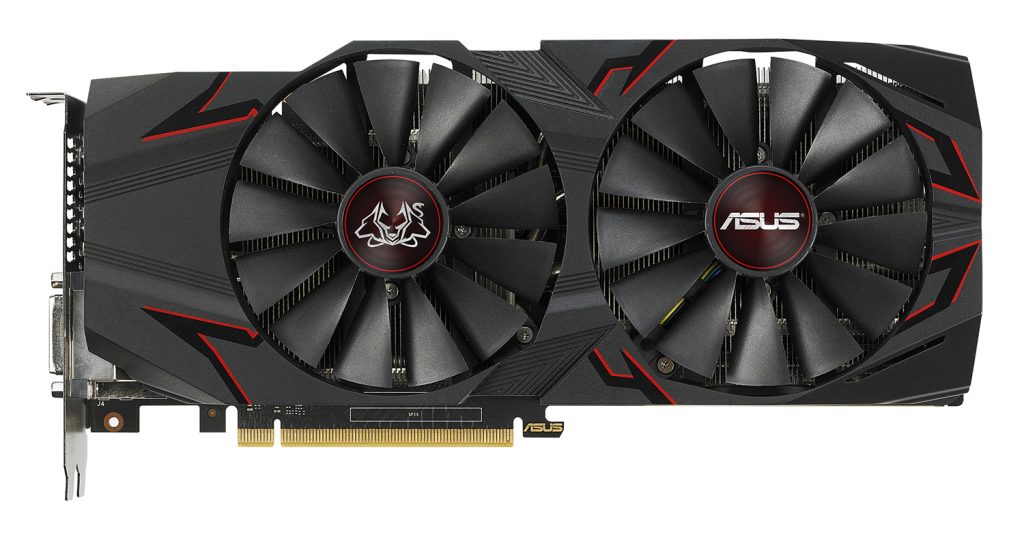 The last model is their midrange (within the 1070 Ti family) brother, the Cerberus GeForce GTX 1070 Ti. Apparently, they stress test their cards so much they carried a 144-hour system test and 3DMark benchmarking under heavy load for 15x longer than industry standards. It’s a great middleground if you want an aftermarket card that isn’t a reference card. 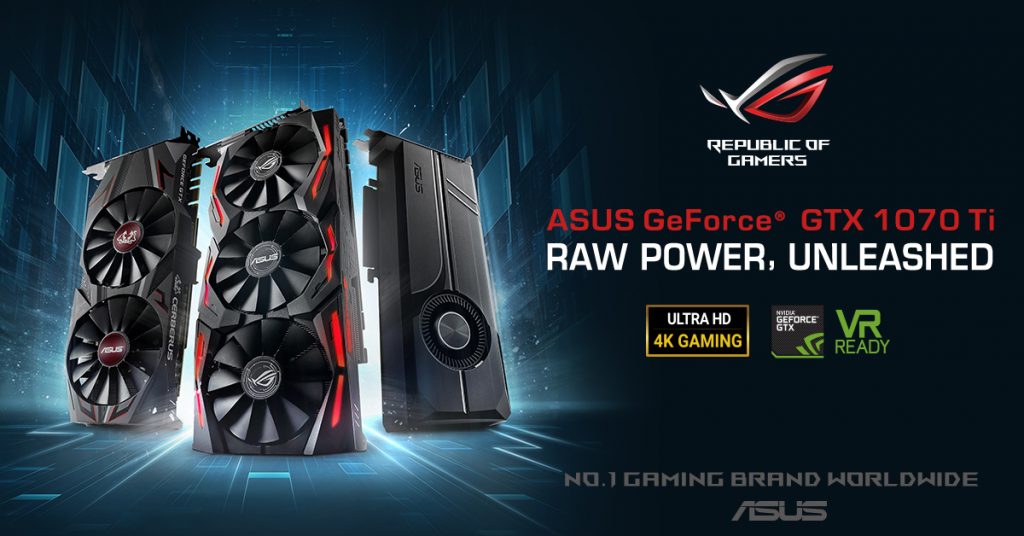 The Asus GeForce GTX 1070 Ti series of graphics cards are now available in the country, but we only have the SRP for the ROG Strix versions for now. We’ll try to get word if for the Turbo and Cerberus as soon as we can.

- Advertisement -
Previous article
Get back into the hunt as we check out The Frozen Wilds expansion for Horizon Zero Dawn!
Next article
Get some awesome Playstation Store deals using your… Playstation Trophies?