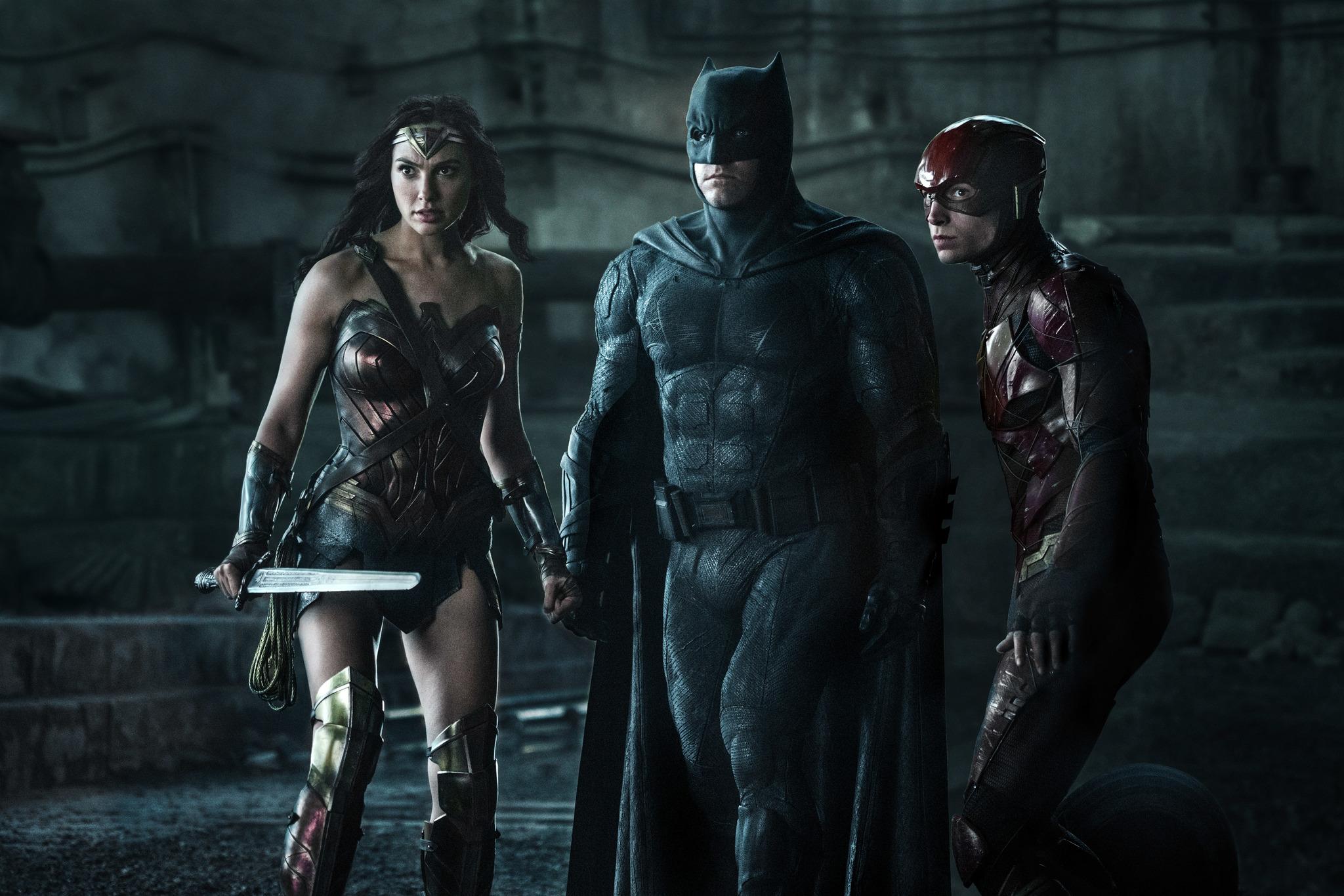 We’ve all seen the trailers and we’re all psyched for one of the biggest superhero flicks of this year and if you simply can’t wait for the weekend, well then you’ll be pleased to know that you can join the thousands of people who will be burning the midnight oil as midnight screenings for Justice League will be offered! Check out the list of participating cinemas below: 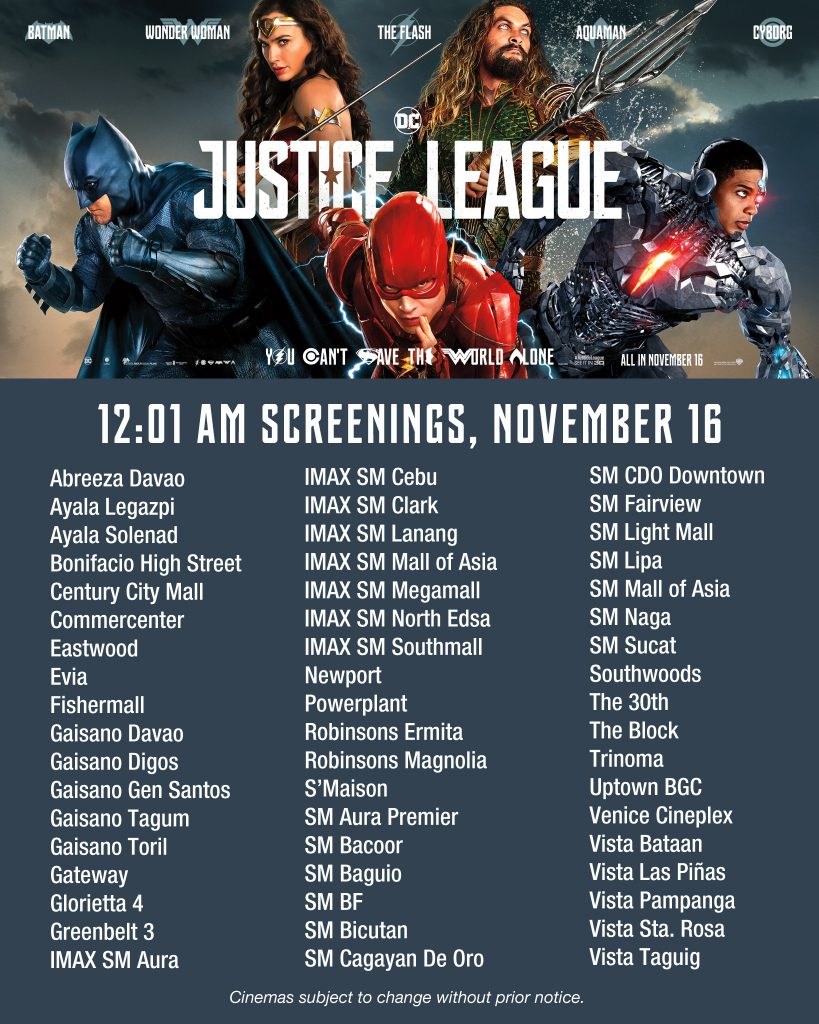 Fans of the highly anticipated and hyped film will get the chance to watch their favorite DC Super Heroes unite earlier than expected as Warner Bros. Philippines bring us midnight screenings for Justice League in selected cinemas nationwide on Thursday, November 16 at 12:01 AM! Tickets to these screenings will be priced regularly so head over to your nearest participating cinema and be one of the first in the world to go all in on this superhero treat!