Crazy 33,000 Pre-orders of the OPPO F5 strengthens the Selfie Expert’s brand even further! 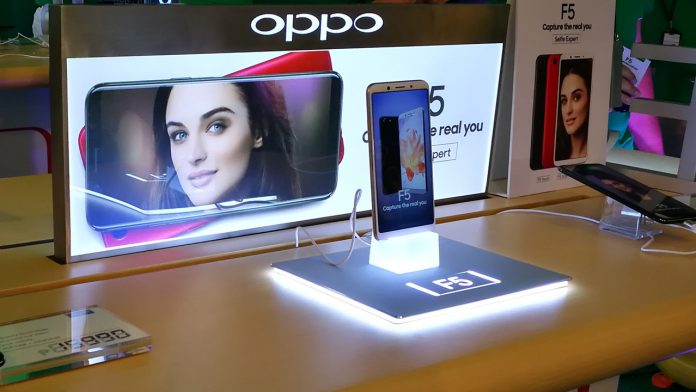 Let that number sink in for a bit. 33,000 phones in 7 days. That’s around 196 phones per hour when the OPPO F5, OPPO’s latest flagship phone, started its pre-order phase or around 3 OPPO F5 units PER MINUTE. And do take note that this is just the pre-order phase! That’s a whole lotta phones! 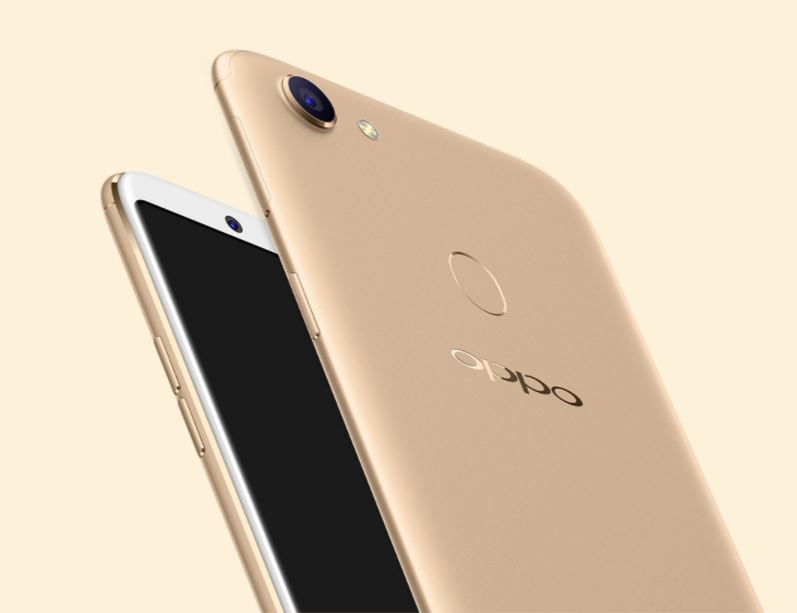 When we went to the official selling day of the OPPO F5 last Saturday, November 4, 2017 at the SM North Annex, the reception to the new #SelfieExpert phone was astounding! Even before lunch time, the early bird audio gear bonuses given to the first 100 buyers were already wiped out! People were really going crazy for the OPPO F5! Whew! 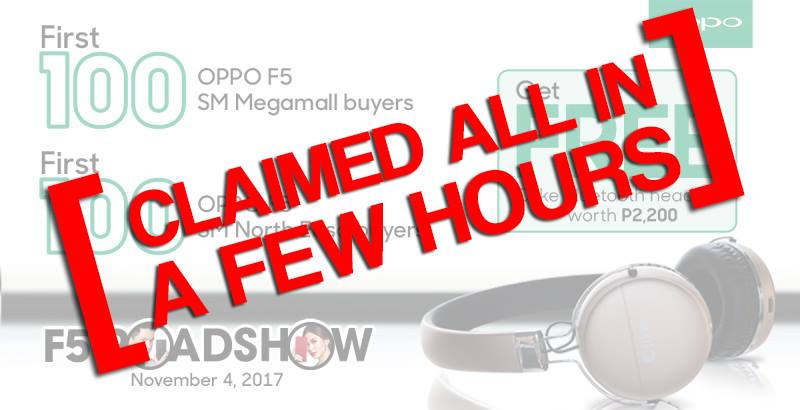 There were even various activities within the booth to warrant interest like a gaming booth, a makeup booth, a sports/ basketball booth and a karaoke booth. But none could be cooler than the 360-video shoot utilizing around almost 15-20 OPPO F5 phones taking quick successive burst. 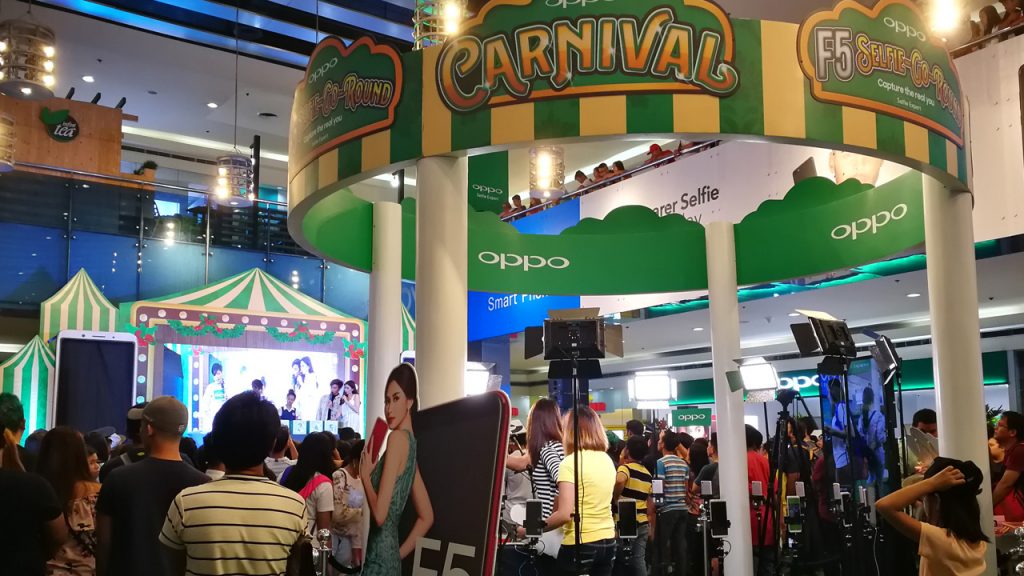 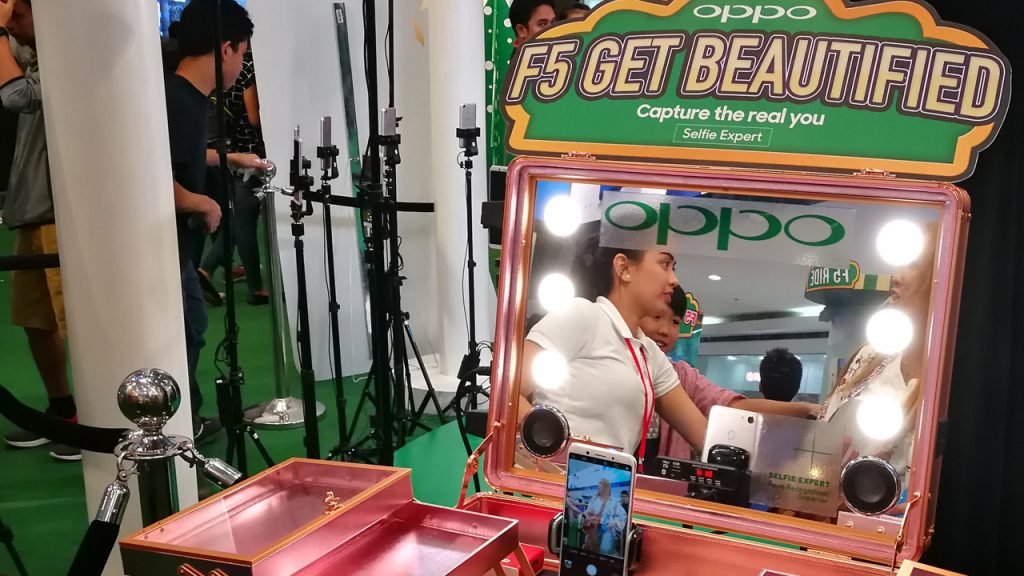 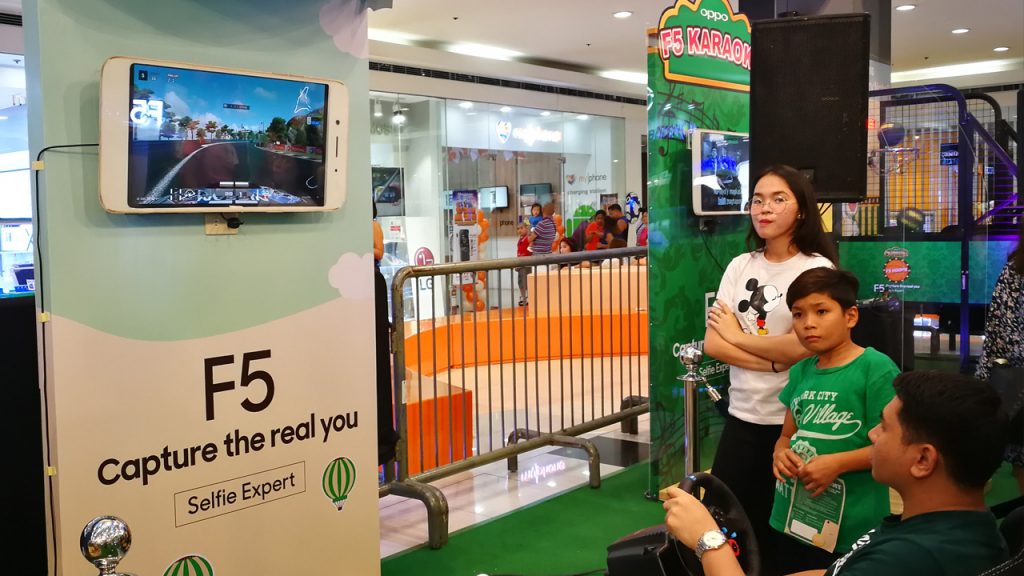 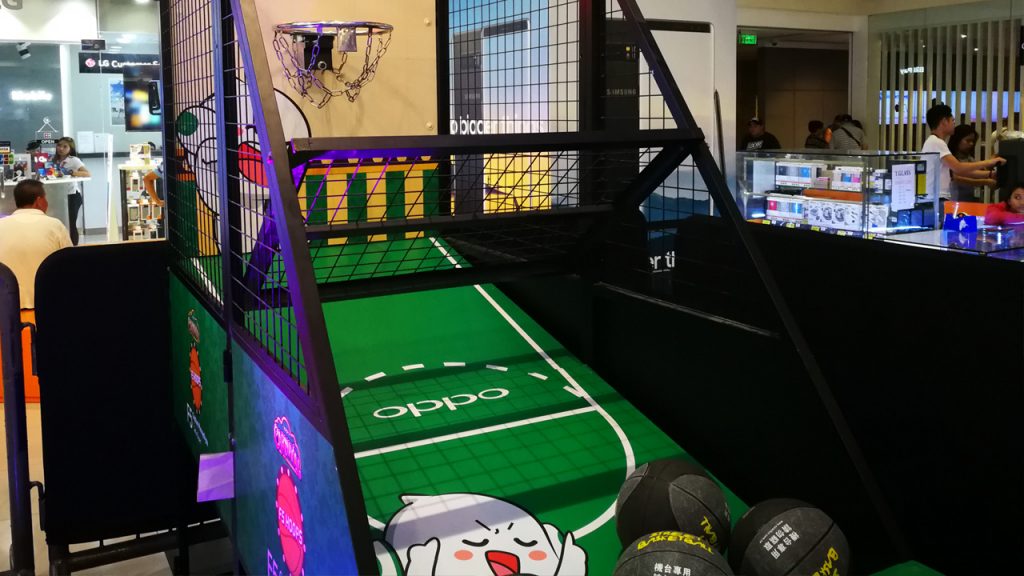 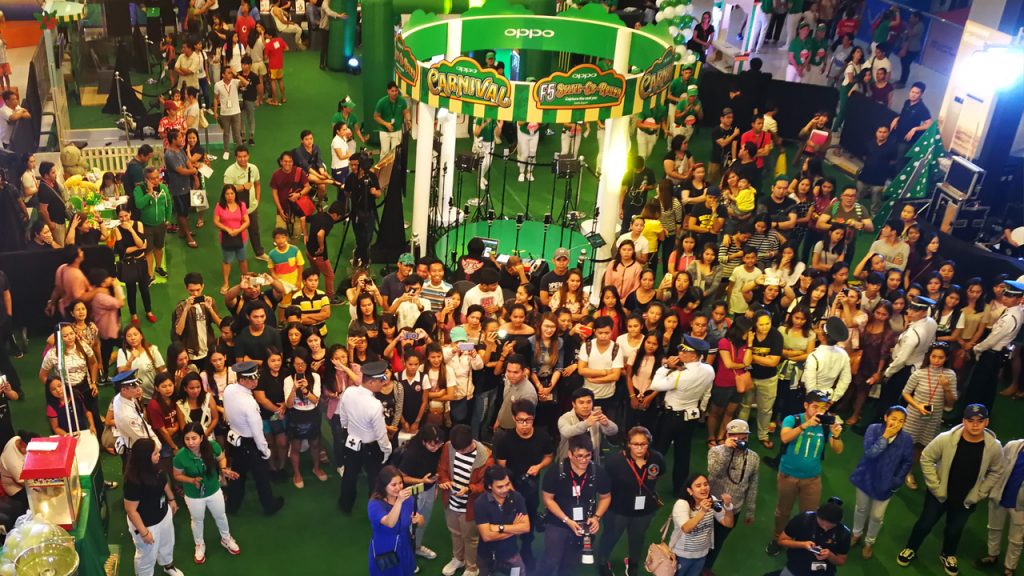 It wouldn’t be an OPPO event if they didn’t bring with them any of their brand ambassadors and the crowd went wild over Alex Gonzaga and Ronnie Alonte gracing the stage during the OPPO F5 Carnival Roadshow at SM North EDSA.

This, of course, all harks back to when OPPO Philippines first announced the arrival of this undisputable best-seller. The team put out all the stops and gave the F5 the welcome it deserves. The Media Event held during the latter part of October at the City of Dreams Ballroom showcased all the features of the F5, with the main focus on its A.I. beautification technology where the device learns and optimizes the beautification property to suit the user. It can even detect genders and shift the minute adjustments based on that.

Speaking of the two A-listers, both Alden Richards and Sarah Geronimo were joined by Toni Gonzaga, Joshua Garcia, Julia Barretto, Gabbi Garcia, Janella Salvador, Apple David, and Carla Lizardo, during the official OPPO F5 Launch to what is truly a star-studded night of celebration! 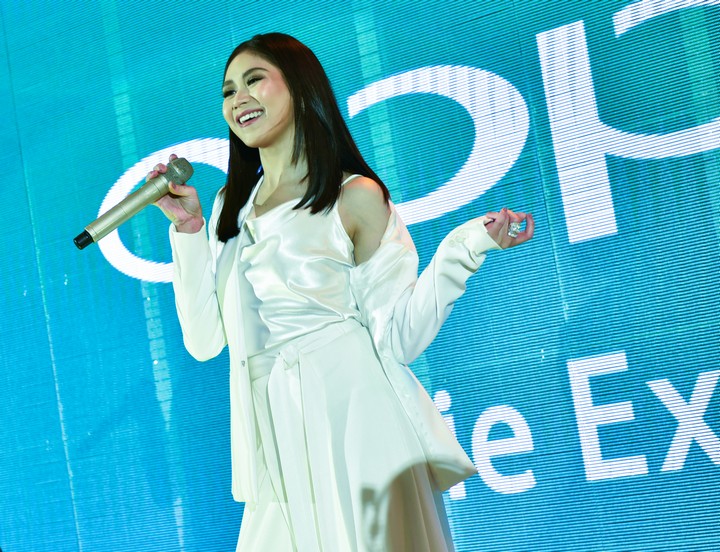 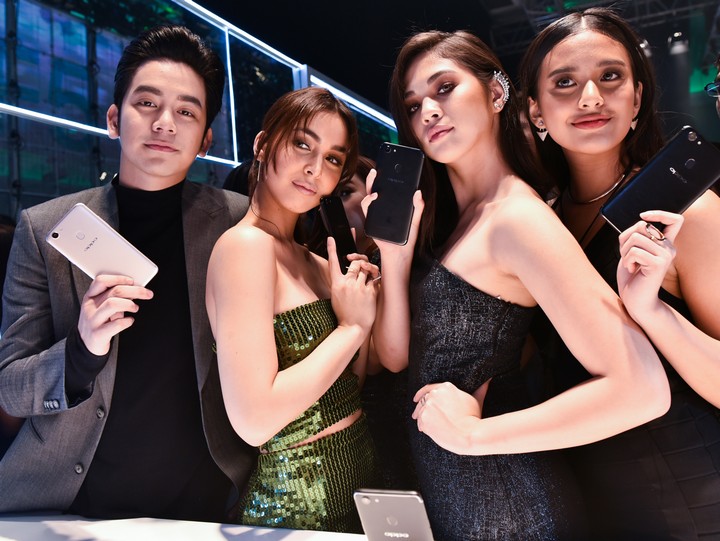 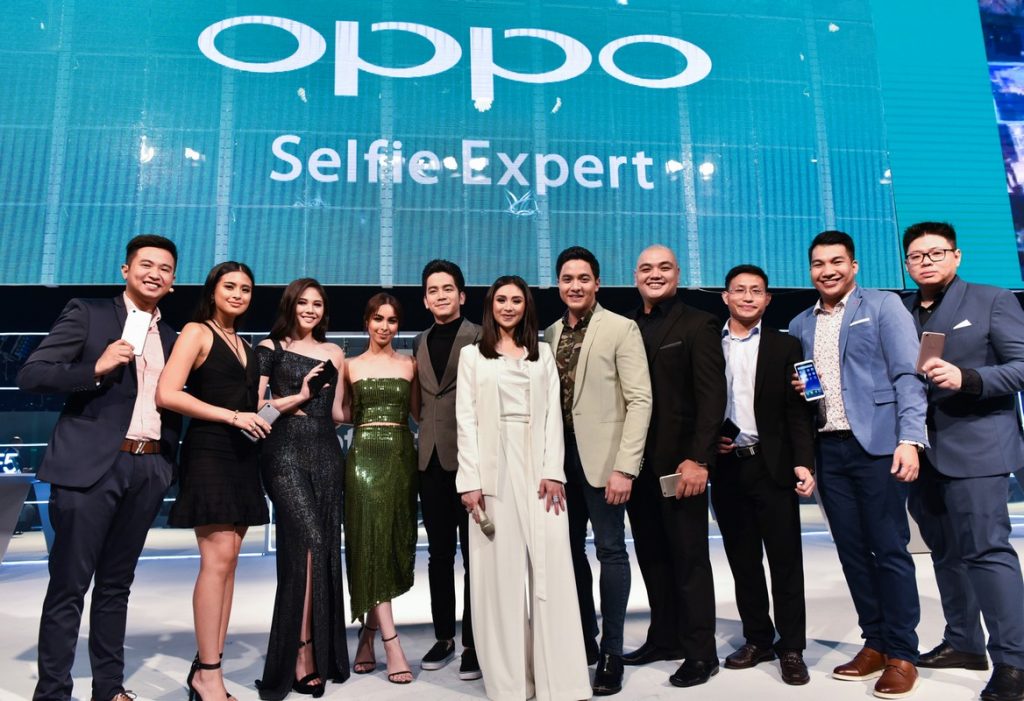 With the super features that the OPPO F5 possess such as the ultra-fast face unlock, 16MP rear and 20MP front camera, 2.5Hz Octacore Processor and superbly sexy unibody, it’s no wonder why a lot of Filipinos are throwing their support on OPPO’s latest flagship. Congratulations, OPPO! Here’s to the next 33,000 reasons to celebrate the brand!

- Advertisement -
Previous articleAll aboard the Regalia! Pre-Registration for Final Fantasy XV Pocket Edition details inside!
Next articleOPPO F5 gives you the chance to carry your new phone in a ridiculously expensive bag!