Your moves are no match for my fists, little grasshopper! 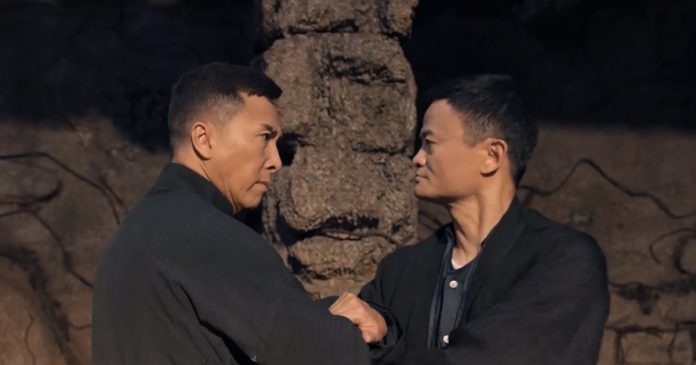 I wish I was making this up, but it has come to this. Folks, make yourself rich enough and you can practically become anyone –including an action star.

While some billionaires spend the rest of their money on space programs or other industrial ventures, Jack Ma, founder of Alibaba and pretty much one of the richest man alive, decided to spend his time (and maybe a bit of his fortune) making movies. And while that’s a worthwhile effort, he also decided to star in one. Why? Cause, he’s Jack Ma, that’s why!

Known for his seemingly entertaining display of showmanship during keynote events like his Michael Jackson performance at the 2017 Alibaba Annual Party, Mr. Ma took showmanship to a whole new level with his Kung Fu film, Gong Shou Dou or GSD. In this flick, Mr. Ma plays a Tai Chi (Taiji) master and battles out martial artists of different genres including Donnie Yen and Jet Li. WHAT THE ACTUAL F—!

This is the Official Trailer for GSD, Gong Shou Dao, a movie based on Taiji as the main martial art form. Please enjoy it as my good friend Jack Ma plays the role of a Taiji Master and his encounter with other martial arts masters. In this trailer, you will get a taste of what is bound to be a classic film. You will also see me doing Taiji, which is something that I really love and is important in my career. Enjoy this trailer and I promise you the full film is guaranteed to be very exciting. Special thanks to youku (www.youku.com) for allowing us to sharing this trailer with all my fans. GSD coming soon!#GSD #GongShouDao #Jetli

Did you make it till the end? Because if you didn’t I suggest you power through Jack Ma’s slow-mo action beauty shots and wait till Jason Statham, Manny Pacquiao and Gennady Gennadyevich Golovkin or Triple G make their appearances. Oh, lord!

While the film may have some bright spots, the trailer, sorta just gave too much away. And it focused too much on Jack Ma so much so that it feels like the film is pandering to the billionaire’s every whim. This Jet Li produced film is supposed to promote the diverse and rich martial arts tapestry of China and while I’d like to think Ma’s involvement is organic, I’d side more towards this project being really funded by Alibaba.  Look, I get it, the guy’s great and he actually is a Tai Chi practitioner/ master but with very little acting experience, it’s pretty hard for you to even appear on screen much alone land the lead role. Still, regardless of the circumstances, I do hope that Ma’s character at least serves the story a bit or at least make the film entertaining enough that it warrants success.

So there you have it. Is this trailer cringe-worthy or did you like it? Let us know your thoughts in the comments section.