Just a little reminder for the Justice League Cast 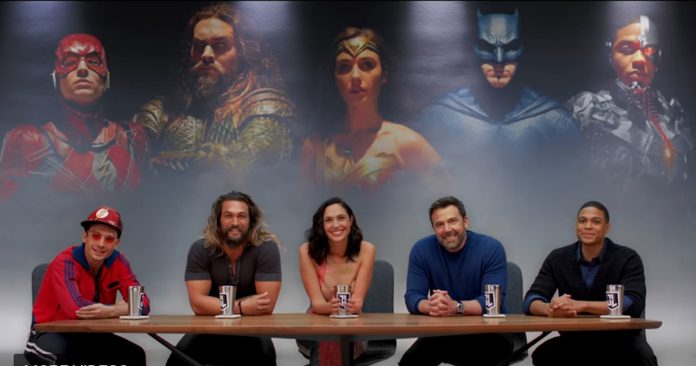 We are literally ONE WEEK AWAY from arguably the most anticipated DC film adaptation ever and Lord knows that everyone is waiting with bated breath to see if it lives up to the massive hype placed upon its shoulders. Wonder Woman was a spectacular hit with the fans and critics alike but can this film do the same? While we wait, check out this short cast video inviting viewers and fans from the Philippines to catch the film in cinemas next week!

For the uninitiated, Justice league picks up shortly after we last saw Bruce and Diana go their separate ways, the story reconnects these two characters who may not always see the same road toward their shared goal. But it’s their shared motivation—to do right by the sacrifice Superman made—that allows them to find common ground very quickly in order to face Steppenwolf, an eight-foot-tall warrior from the nightmare world of Apokolips. Together, Batman and Wonder Woman work quickly to find and recruit a team of metahumans to stand against this newly awakened threat. But despite the formation of this unprecedented league of heroes — Batman, Wonder Woman, Aquaman, Cyborg and The Flash — it may already be too late to save the planet from an assault of catastrophic proportions.

Catch Justice League as it hits cinemas on November 16 from Warner Bros. Pictures!

- Advertisement -
Previous articleMove Over Pokemon Go! Here Comes…. HARRY POTTER GO?!?
Next articlePokémon’s 1000th Episode is Not Only a Milestone, It’s One of the Series’ Best to Date