Our Favorite Caped Crusader Enters The Arena of Valor!

Okay I have to admit, I’m not the biggest fan of MOBA’s (Multiplayer online battle arena). I shied away from the likes of DOTA and League of Legends because well, I simply had no interest in the genre. My little brother seems to like it very much though.

Until I came across Arena of Valor. Yet another game in the same vein mentioned above. I got the chance to try it during its launch because I was assigned to write about it. Long story short, after level reaching level 18 just now… Looks like I’m hooked. And I guess part of the reason, aside that it is such a solid game…

Is that AoV has the promise of bring the Caped Crusader into the mix! Recently, Arena of Valor revealed in its YouTube channel the next character in its diverse lineup. Check out the upcoming hero, none other than the Dark Knight himself, Batman!

I find it weird though that he is classified as an “assassin” because we all know good ol’ Batsie doesn’t kill. Anyways here’s a quick look at his abilities: 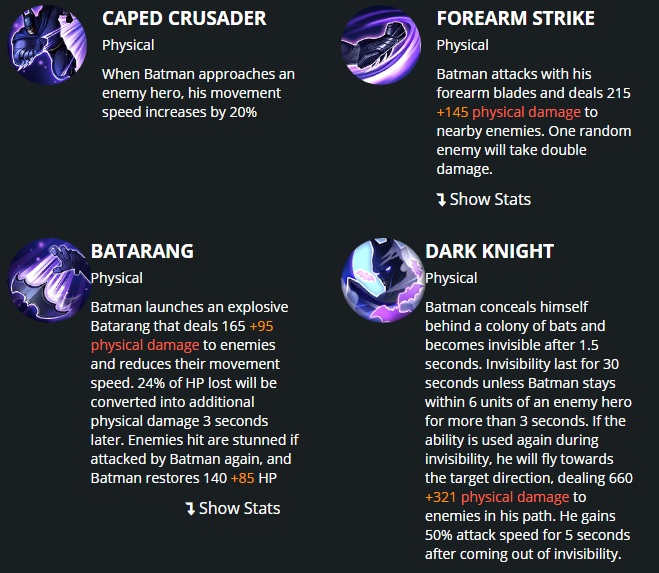 No specific date yet on when Batman, or any of the Trinity teased in the title will show up. I would guess that it will come sooner than later because they’ve been teasing us with it right from the start.

Who’s your favorite main in Arena of Valor? Are you going to use Batman once he swoops down the character select screen? Let us know!

- Advertisement -
Previous article
Call of Duty WWII Review | The Refresh that the Franchise Needed!
Next article
Get your Game Face on with some D.Va Razer Gaming Gear!