I'm not crying! YOU'RE crying! 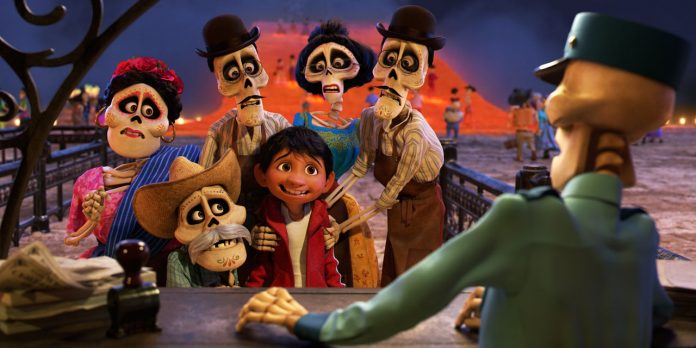 Disney and Pixar have a long history of not only creating wonderfully rendered animation but also for creating animations with heart. And it is no mere coincidence that the latest movie from the company that brought you Toy Story, Monsters Inc, Finding Nemo, Ratatouille and UP, borrows the same formula of surprise feels on a supposed kiddie flick. Here’s our review on the movie COCO! 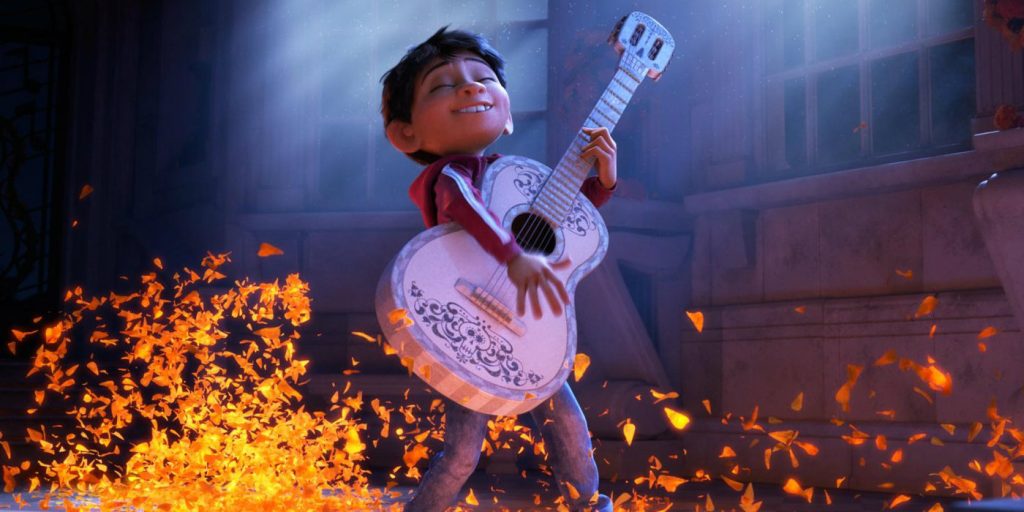 Coco follows the story of 12-year old Miguel Rivera (Anthony Gonzalez), a young kid who
longs more than anything to be a musician–much like his idol Ernesto dela Cruz (Benjamim Bratt), a famed Mexican musician who died tragically when a bell fell on him during one of his concerts. Ulgh. But for his family, music is taboo. And when they started barring Miguel from his musical dream, Miguel does what any strong-willed boy would. He’d practice in secret with an old decrepit guitar in hopes of surprising them in a talent show performance!

Unfortunately, his grandmother sees the guitar and destroys it in hopes of finally stopping Miguel’s relationship with music. In desperation, Miguel runs off and steals the Guitar of his musical idol Ernesto dela Cruz at his mausoleum. This starts a chain of events that sends Miguel on an otherworldly adventure as he slips through the land of the living and enters the colorful Land of the Dead. There, he enters into world of self-discovery as he meets old family members on the path to pursuing his dream. This equates him going through the Land of the Dead seeking the approval of Ernesto dela Cruz’s (who Miguel thinks is his great great great grandfather) ghost himself!

Joining the cast is Gael Garcia Bernal who plays Hector, a somewhat shady character that Miguel meets in the Land of the Dead who will inadvertently play a larger role throughout the film, Alanna Ubach who plays Mama Imelda, Miguel’s Great great great grandmother, Natalia Cordova-Buckley who plays Frida Kahlo, Herbert Siguenza who plays Tio Oscar and Tio Felipe and Selene Luna who plays Tia Rosita. 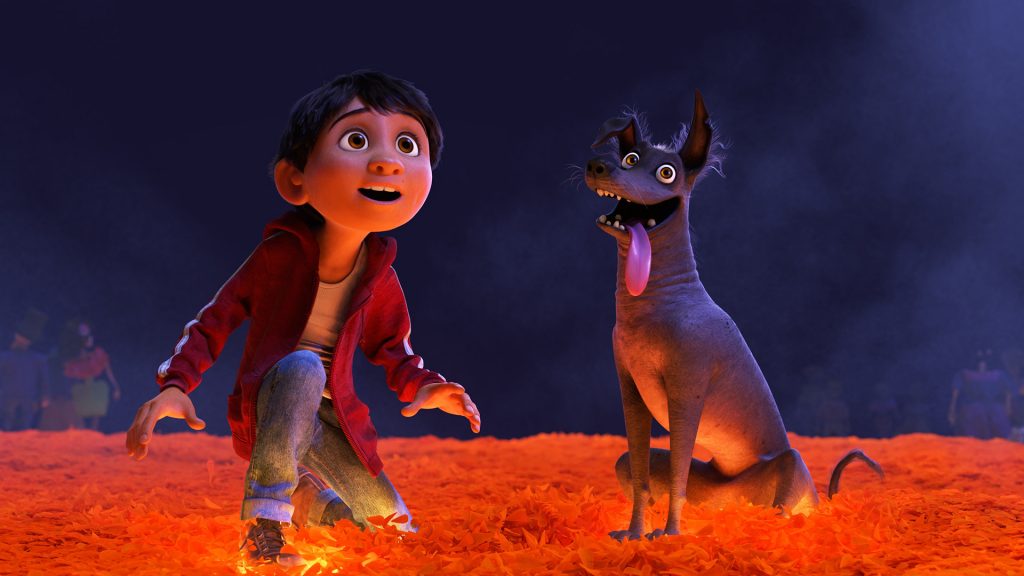 Disney, particularly Pixar, has been telling diverse stories throughout its existence but none would come to be a little tongue-in-cheek political than Coco. With the air of anti-immigration rhetorics the Trump administration has been spouting, Coco puts on a brave face and outs a film that’s, well, primarily centered on Mexican culture and family.

Setting the film against the famed Mexican festival Dia de Muertos (Day of the Dead) creates a colorful palette which the animators and storytellers can draw upon while making the closeness of family even more important.

In the film, Miguel is drawn, nay, obsessed with the idea that he has a direct bloodline from famed musician Ernesto dela Cruz to the point that he defies his family in the afterlife to seek out who he truly is. Recurring themes of family, identity, forgiveness and acceptance resonates throughout the brightly-lit, wildly colorful world that Disney and Pixar have created.

Performances are top-notch especially for Anthony Gonzales who easily breathes life to Miguel’s frustrations, desires, fears and tenderness. There’s a vulnerability to Miguel that’s endearing and this just gets heightened when he starts to sing. In fact, if there is one thing that we Pinoys would gravitate towards to, it’s the music from Coco.

Let’s face it, Pinoys are musical beings — we can belt our karaoke singles in a drop of a hat and everyone can more or less carry a tune. Music seeps way deep into us. It’s this appreciation for music, I feel, will be what audience will latch on to even after the credits roll. And, in the same vein, its the music of Coco that ultimately will make you cry. It’s beautiful, honest and simply heartwarming.

Speaking of things that Pinoy can relate to, earlier this month during the advanced media screening of Coco, the first female Supervising Animator of Pixar and a fellow Filipino, Ms. Gina Santos, was awarded with a Plaque of Appreciation by the City of Pasay and a Plaque of Recognition by the Original Pilipino Performing Arts (OPPA) Foundation.

In the press-con that happened afterwards, she revealed that there are quite a handful of Pinoy talents that had a hand in helping bring the story of Coco to life. That, I think, is truly something to be proud of.

How many of us are living our dream jobs? Let Gini Santos and Chris Chua, animators at Pixar—and proud Pinoys—take you behind the scenes as they work on the upcoming #PixarCoco. #CelebrateLifePH https://po.st/qaKr2w

Coco is currently showing in cinemas Nationwide. We suggest you take your family and loved ones and spend a remarkably wonderful couple of hours getting cozy with Coco. As a treat as well, a 21-minute Frozen short will play in front of Coco! So if you want to revisit Arendelle with Olaf (Josh Gad), Sven and everyone that made Frozen special (yes that includes Kristen Bell and Idina Menzel in their original roles) in Olaf’s Frozen Adventure, then strap in and enjoy a bit of lighthearted laughter before you get all sentimental in Coco. Yes, bring some tissue, you’ll thank me later.

Previous article
No Game No Life Zero Philippine Release is Real!
Next article
The Seven Deadly Sins: Knights of Britannia Game for PS4 is getting a Collector’s Edition!

Disney and Pixar have a long history of not only creating wonderfully rendered animation but also for creating animations with heart. And it is no mere coincidence that the latest movie from the company that brought you Toy Story, Monsters Inc, Finding Nemo, Ratatouille...Review: 'Coco' is a Tear-Jerkingly Good Movie!