My Hero Academia is heading for the Big Screen next year!

It's time to go beyond the small screen! 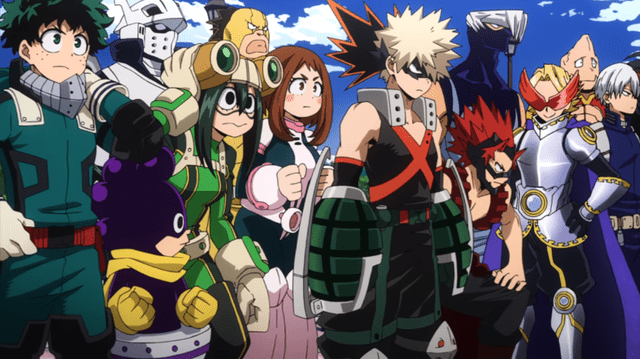 Kohei Horikoshi is super stoked because his super hero manga My Hero Academia will be hitting the big screen come Summer 2018! Based on the tweet by @Yonkou Productions, Horikoshi enthusiastically confirms the film project that will be centered on Class A and a certain personality whose history has yet to be penned in the manga.

Kohei Horikoshi’s commentary on the announcement of My Hero Academia: The Movie. Look forward to original content not seen in the manga yet! Thanks @kiirobon for the translation. pic.twitter.com/w2wvNpqVTI

The film promises to be action-packed. I personally am excited to see which character history the movie will explore. My initial assumption would be, of course, Toshinori Yagi aka ALL MIGHT but it may lean towards Class A’s homeroom teacher Shota Aizawa aka Eraserhead.

I, for one, hope that the film would explore All Might’s mentor/predecessor Nana Shimura, the seventh user of the One for All quirk. It would be so cool to see her and her partner Gran Torino in their prime.

How about you guys? Which character’s past do you think the film will explore? Be sure to tell us in the comments below!

- Advertisement -
Previous articleMega Man is Coming to Monster Hunter: World!
Next articleDestiny 2: Curse of Osiris Expansion Review | A Curse that comes up Short