Let Santa Miku help you out! 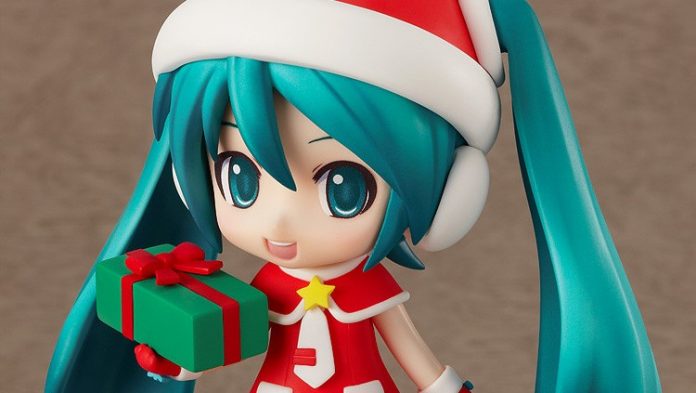 Only a few weeks left before Christmas! For those of you still looking for the perfect toy or collectible to give (or maybe even want it for yourself) this holiday season Then you’ve come to the right place! We present to you the UnGeek Holiday Gift Guide 2017 for Toys!

With a multitude of them available for all, there’s definitely something for everyone! So sit back, relax, and let Santa Miku take you on a short stroll through our visual catalog of recommendations to help your Holiday Shopping along!

Funko pop vinyl figures are always in demand. Their vast product line covers a wide array of series and franchises, from Game of Thrones to superhero movies and even anime! Funko Pops can be purchased in a number of stores, most notably Kramer’s Toy Warden and Filbars. 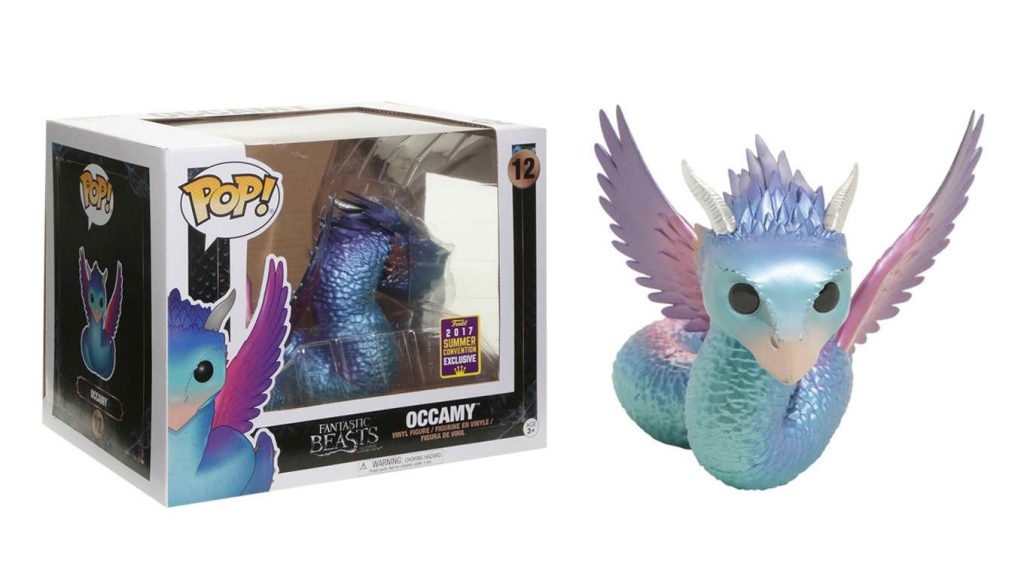 Santa Miku’s Recommendation: Check out the convention-exclusive Occamy Funko Pop from the Fantastic Beasts movie universe! It’s a little on the pricey side, but the metallic finish and shiny colors are well worth it!

Ahh fidget toys, those delightful little bundles of plastic that swept into our lifestyles. You can’t go wrong with spinners and fidget cubes, and they also come in the colors and styles of iconic characters. Fidget toys can be found almost anywhere, especially in toy stores in malls. 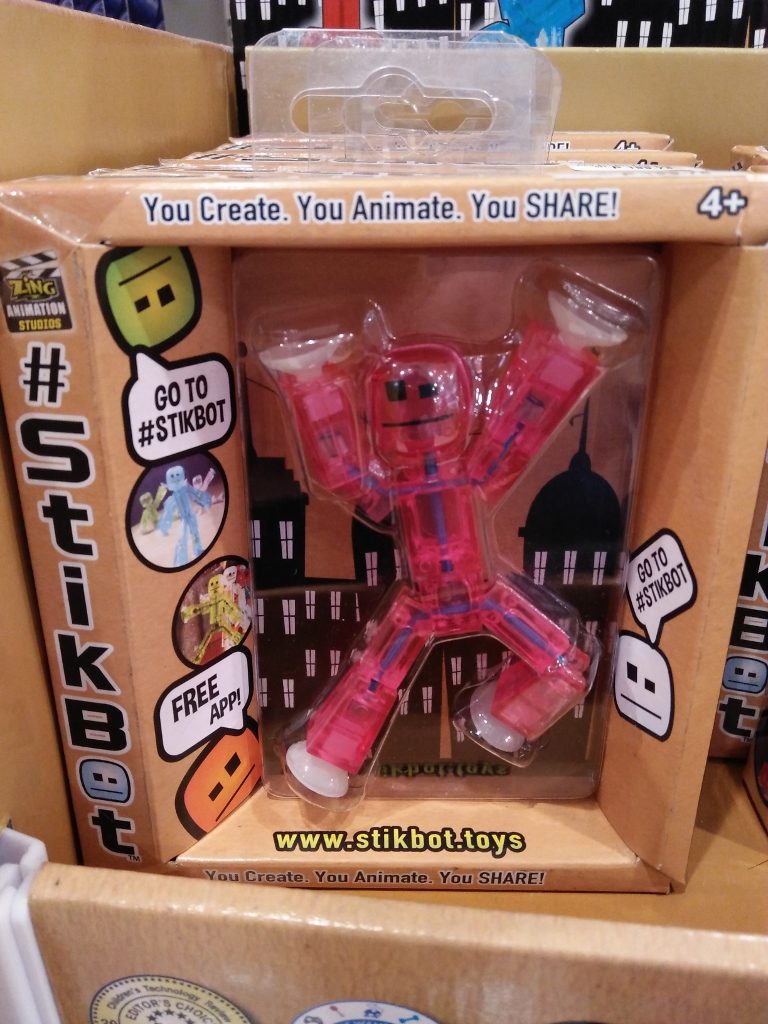 Santa Miku’s Recommendation: The Stikbot line of toys will do the trick! While not exactly in the same line as a fidget toy, these miniature poseable figures will also guarantee hours of fidgety fun!

For your more serious anime toy enthusiast, Gunpla kits are one of your go-to items. The plastic model kits come in a variety of difficulty levels from First Grade to Perfect Grade, and can be customized using Gunpla markers and Tamiya acrylic paints. Apart from the toy stores in malls, you can find a large selection of these at Wasabi Toys in Greenhills. 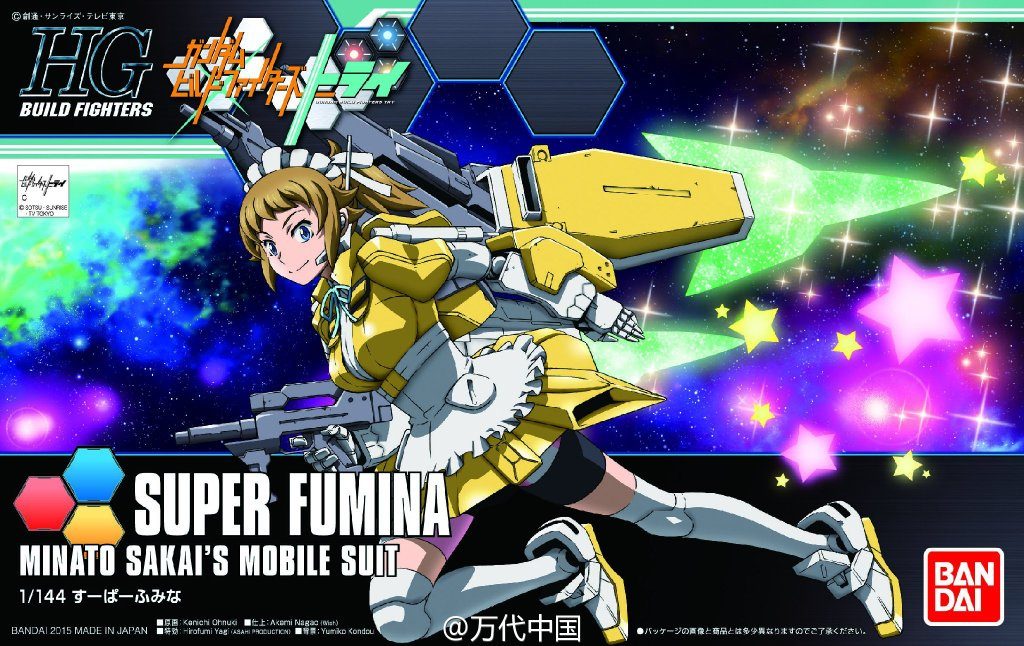 Santa Miku’s Recommendation: Definitely the Super Fumina line from Build Fighters! Fumina-chan’s the perfect combination of the kawaii anime girl design and the customization options of a Gunpla kit!

Speaking of plastic model kits, also check out Kotobukiya’s Frame Arms Girls line! With alluring character designs and detailed plastic molding, these armored anime girls should definitely be on your Christmas gift list! Frame Arms Girls can be found in a number of toy stores in Greenhills’ Shoppesville Plus. 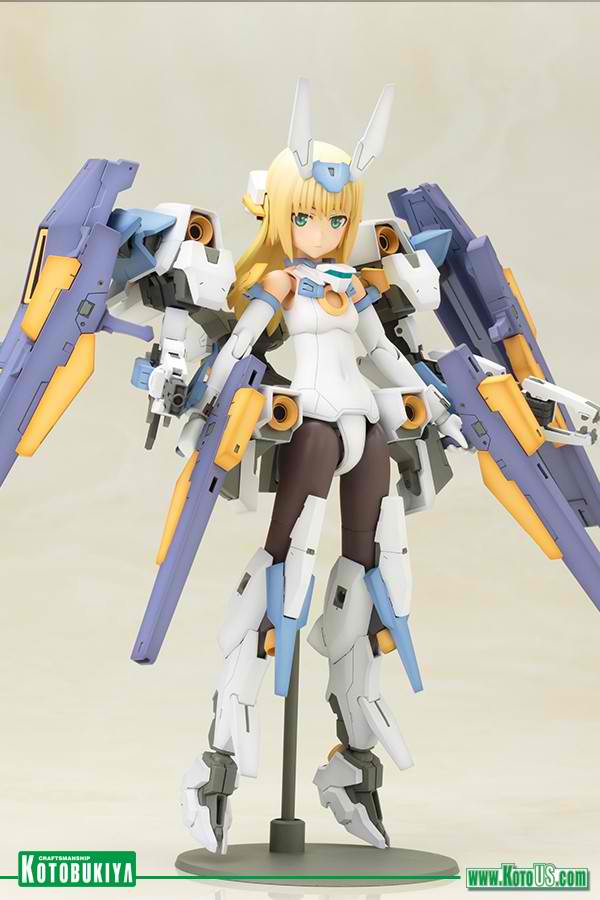 Santa Miku’s Recommendation: You can’t go wrong with the Baselard model! The sleek and stylish design are simply gorgeous! Plus, she’s just so cute! 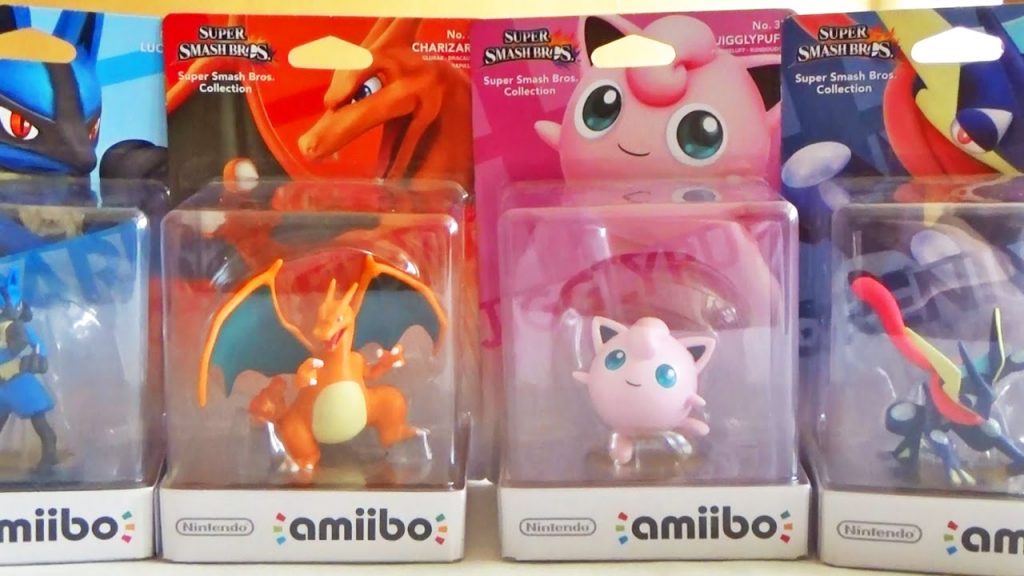 Santa Miku’s Recommendation: These Pokemon Amiibo figures are definitely one of your go-to choices! The popular anime series strikes a chord in everyone’s heart, and the sculpting on these is detailed and wonderful!

Die-cast racing cars are a staple in every young boy’s stockings, so check out these Hot Wheels mini cars for quick stocking stuffers! The cars come in a variety of designs, including Marvel and DC super heroes. There’s also a selection of Star Wars spaceships like a TIE Interceptor and an X-Wing starfighter, just in time for the upcoming Star Wars Episode VIII: The Last Jedi movie! Get these minis at your nearby Toys R Us and Toy Kingdom branches. 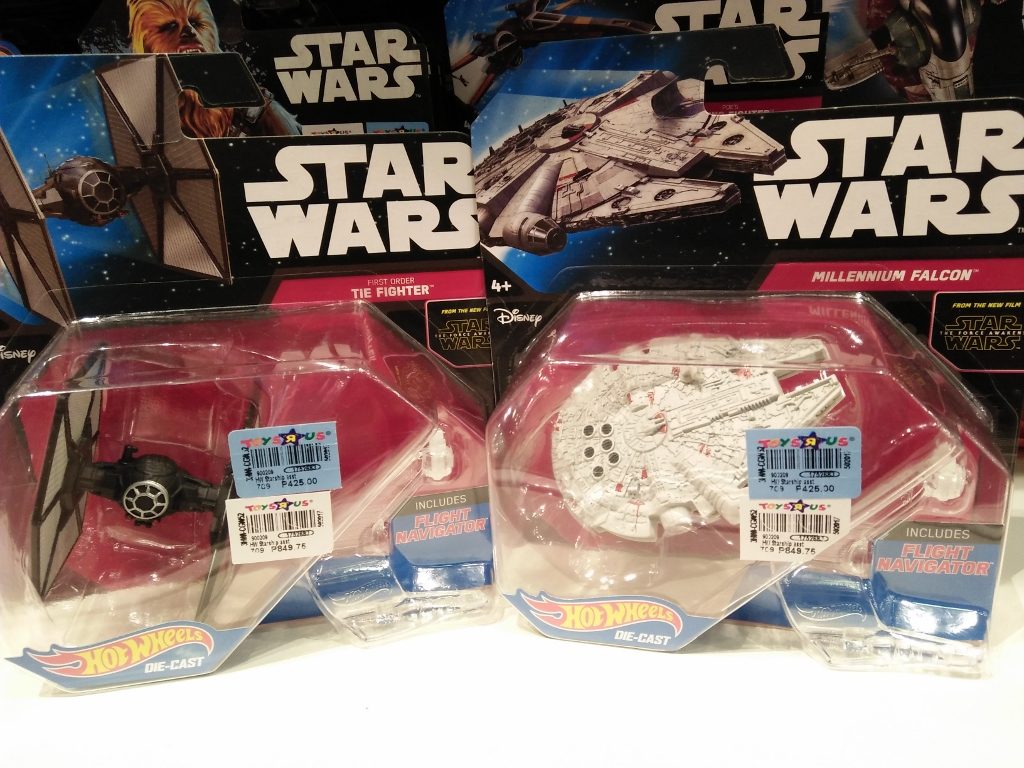 Santa Miku’s Recommendation: The best Hot Wheels toys don’t have wheels! Take a look at these die-cast Star Wars spaceships and relive the epic space opera adventures! Plus, you might chance a discounted price on these at Toys R Us!

My Little Pony: The Movie and Equestria Girls Toys

Looking for something colorful and cute this Christmas? These My Little Pony toys will be perfect, not just for young fillies but also for bronies/pegasisters and anypony who feels the magic of friendship! The My Little Pony: The Movie toy line lets you relive the magic of the 2017 movie, while the Equestria Girls minis sets will get you hyped for the new TV series! Gallop on down to Toys R Us and Toy Kingdom branches for these! 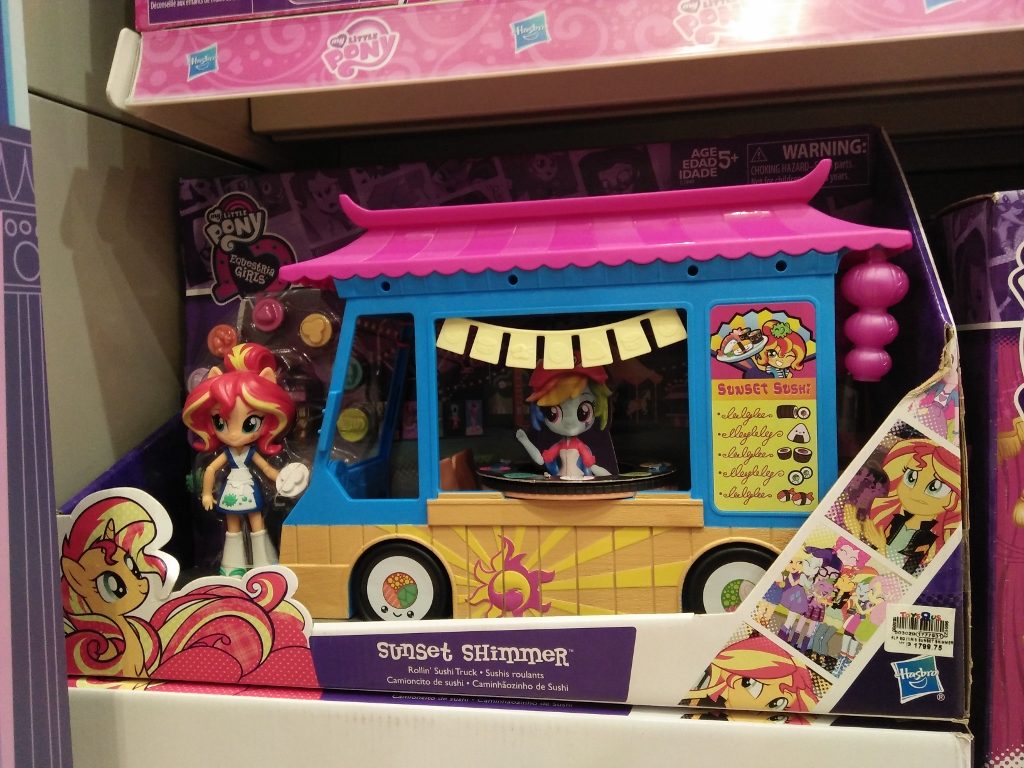 Santa Miku’s Recommendation: If you’re looking for a really swell MLP Equestria Girls gift, check out the Sunset Shimmer Rollin’ Sushi Truck set! The fiery-maned Sunset Shimmer is portrayed wearing her part-time job attire, and she also comes with her very own set of wheels! 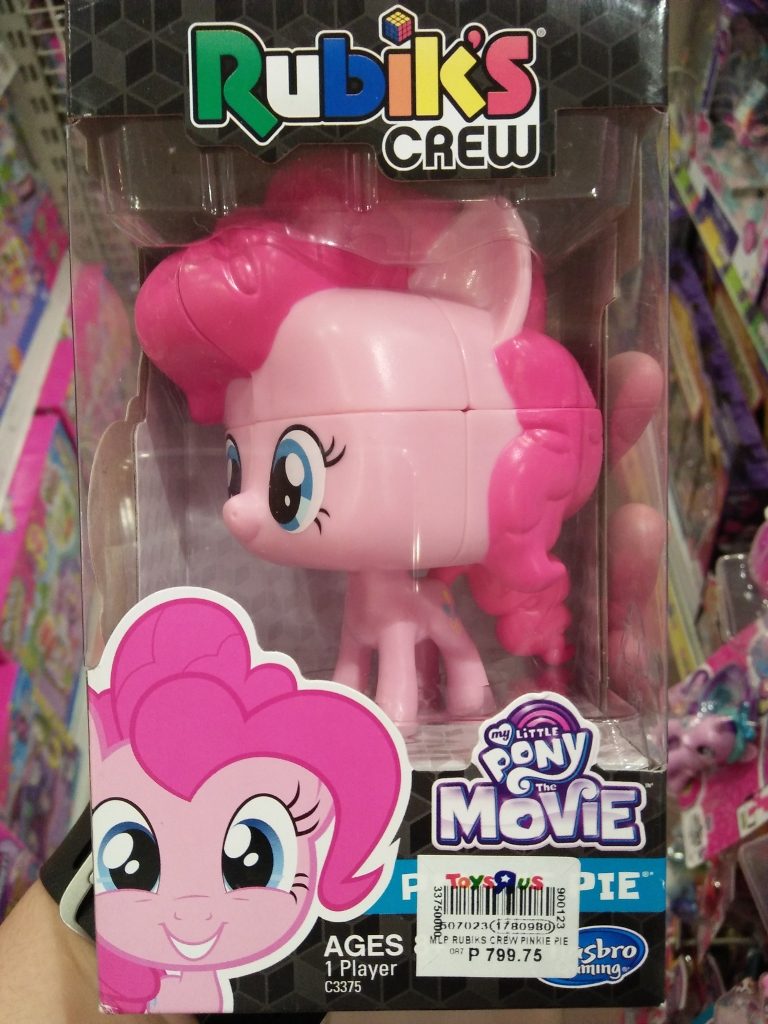 Speaking of My Little Pony toys, check out this Pinkie Pie Rubik’s Cube for something fidget-y, puzzle-y, and quirky all in one! It’s a 2×2 Rubik’s Cube rendered in the style of Pinkie Pie’s head, so mix it up and be sure to bring Pinkie Pie back to her senses!

You can’t go wrong with Lego sets! The iconic plastic blocks come in a number of various sets, from your ordinary cityscape to faithful recreations of movie scenes! Plus, the mini-figures are always a hot commodity with collectors of all ages! You can get Lego sets in the Lego certified stores throughout the metro. 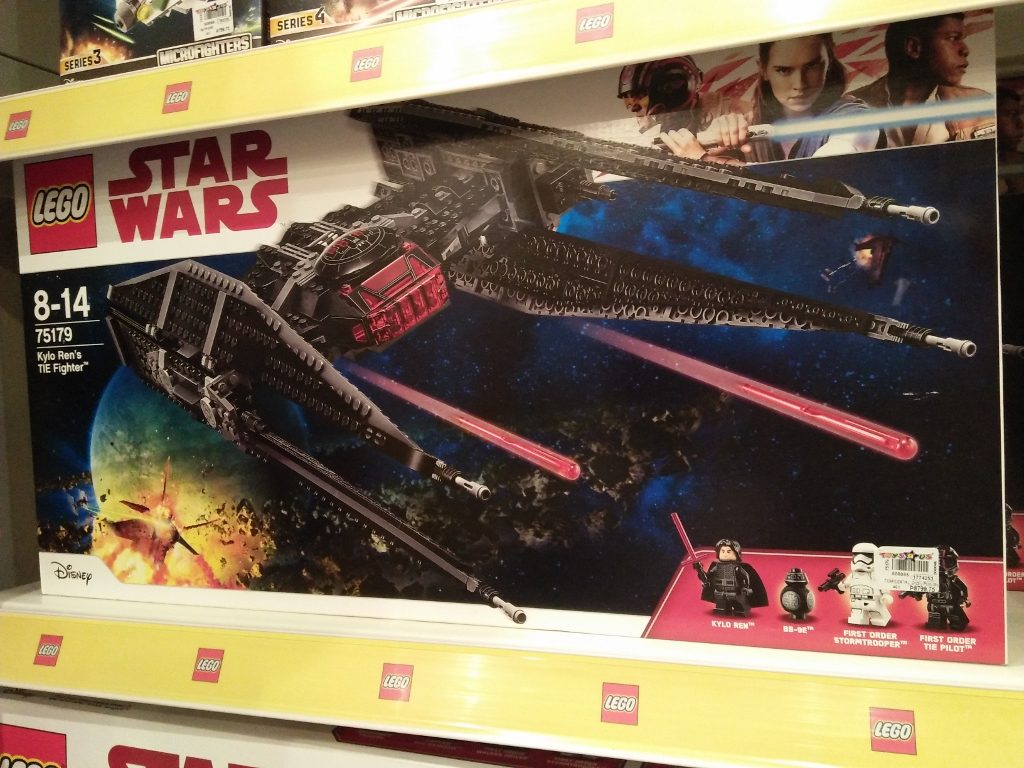 Plushies and stuffed toys are also one of your go-to gifts. Doubling as pillows and cuddly stress relievers, plushies will definitely be on the Christmas list for kids from 1 to 92! Best part is, you can get these from anywhere in the malls (although I like to check Tickles and Blue Magic stores first)! 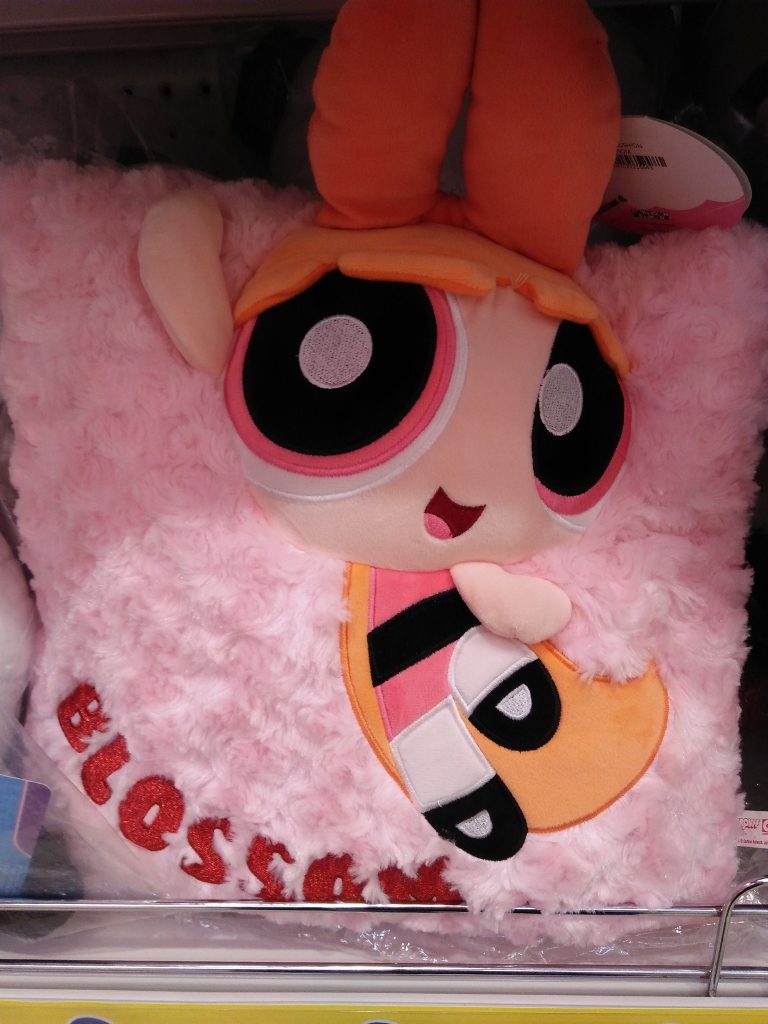 Santa Miku’s Recommendation: In the market for a furry, cuddly pillow? Check out this Powerpuff Girls pillow from Toys R Us! You’ll never want to let go of Blossom, ever again!

Last but not least on our list come the Nendoroids! Good Smile Company‘s ever-popular Nendoroid line has an impressively vast lineup of anime characters to choose from, and also includes characters from Western series like Disney, Avengers and Justice League! Nendoroids can be found at Great Toys, Toyzone Xpress, and Hubbyte. 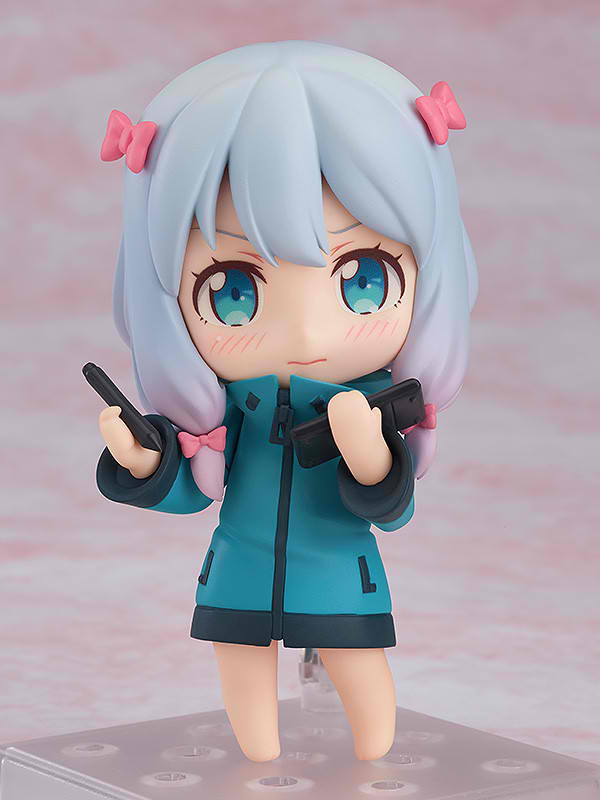 Santa Miku’s Recommendation: You mean, aside from Santa Miku herself? No question about it, Nendoroid Sagiri Izumi from Eromanga Sensei tops our list! She’s cute, she’s adorable, she wears green! Need we say more?

And that’s our short but sweet 2017 Ungeek.PH Holiday Gift Guide for Toys! Looking for something more specific in the toy department? We’re pretty sure Santa Miku‘s list has a lot more in store for us, so give us a shout-out in the comments below! Meanwhile, Happy Holidays to all, and to all a good night!

- Advertisement -
Previous articleCapcom Surprises Everyone as They Announce Megaman 11!
Next articleSecret of Mana for the PS4 receives a Limited Physical Copy Run!