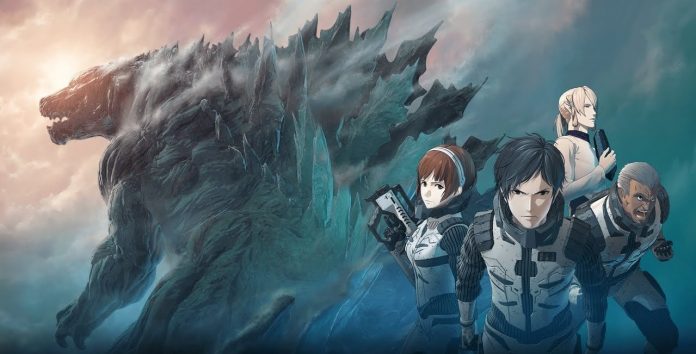 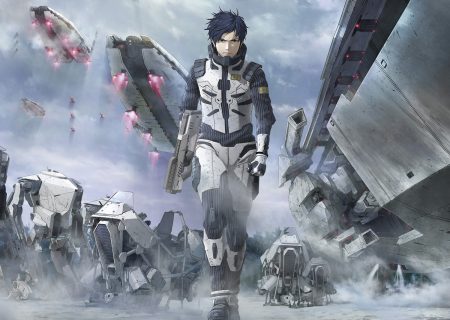 Streaming giant Netflix just announced over the weekend that it will stream the first film from the Godzilla anime trilogy this coming January 17. Feast your eyes on all the anime Kaiju goodness in this recently released trailer:

“The planet is beset by the emergence of colossal creatures that roam the earth, and king among them is “Godzilla”. For a half a century, these beasts engage in ferocious battle with each other and mankind. But humans, unable to compete, prepare for exile from their home planet. In the year 2048, a select few humans are chosen by the central government’s artificial intelligence infrastructure to set out on an interstellar emigration vessel, the Aratrum, on an 11.9-lightyear journey for the planet Tau-e in the Cetus constellation. But when they arrive after 20 years of space travel, the remnants of mankind find the environmental conditions on Tau-e to be much different than expected, and basically uninhabitable by humans.
One youth on board the emigration vessel, Haruo, had seen his parents killed by Godzilla before his eyes when he was only 4 years old. Ever since, he has thought of nothing but returning to Earth to defeat Godzilla. With the doors to emigration now closed, Haruo and other crew spearhead a “return to Earth” decision despite severely attenuated and hazardous conditions on board for such a long trip back.

Somehow, the Aratrum makes the return journey in one piece, but the home they return to has become an alien planet. 20,000 years have elapsed, and a new ecosystem has emerged with Godzilla atop the food chain. Can mankind take back its native planet? Will Haruo get his revenge?” 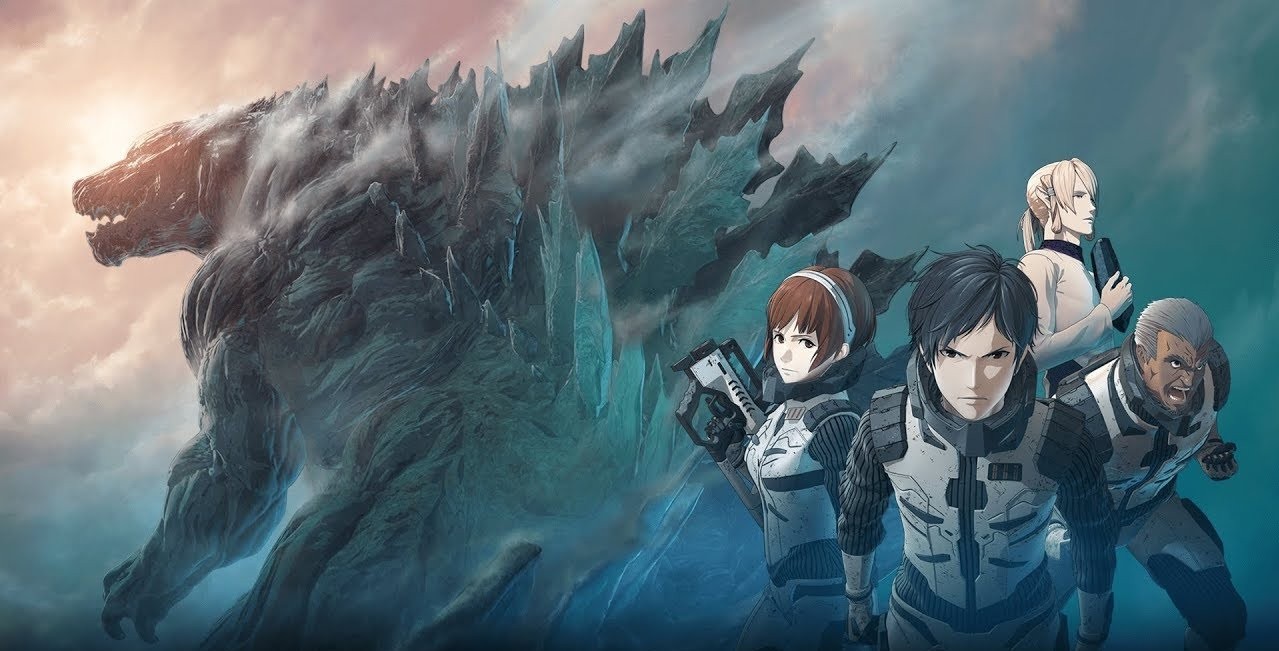 The trilogy films star Mamoru Miyano as the main protagonist Haruo Sakaki along with a great cast of voice actors.

Looks like we won’t have to wait too long as the movie bursts out to fans in about 9 days! The film will be available worldwide (190 countries) in Japanese (with english subtitles) and seven other voice-over languages.

- Advertisement -
Previous article
4 Times Kenny Omega showed why he is the Best Geek Wrestler at Wrestle Kingdom 12!
Next article
Non-Spoiler Review: ‘Jumanji: Welcome to the Jungle’ is JUST AS AWESOME as the Original!