This ad was just wrong... or was it TOO WRONG? 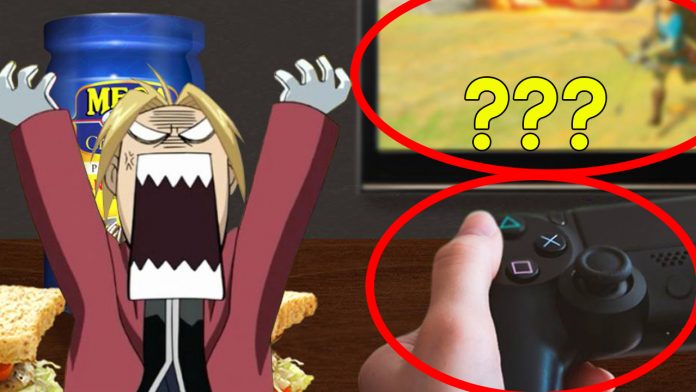 Last Friday (February 23, 2018), Geeks all over the internet were triggered by the Social Media post of a certain Sardine brand which featured an image that was just wrong on so many levels. 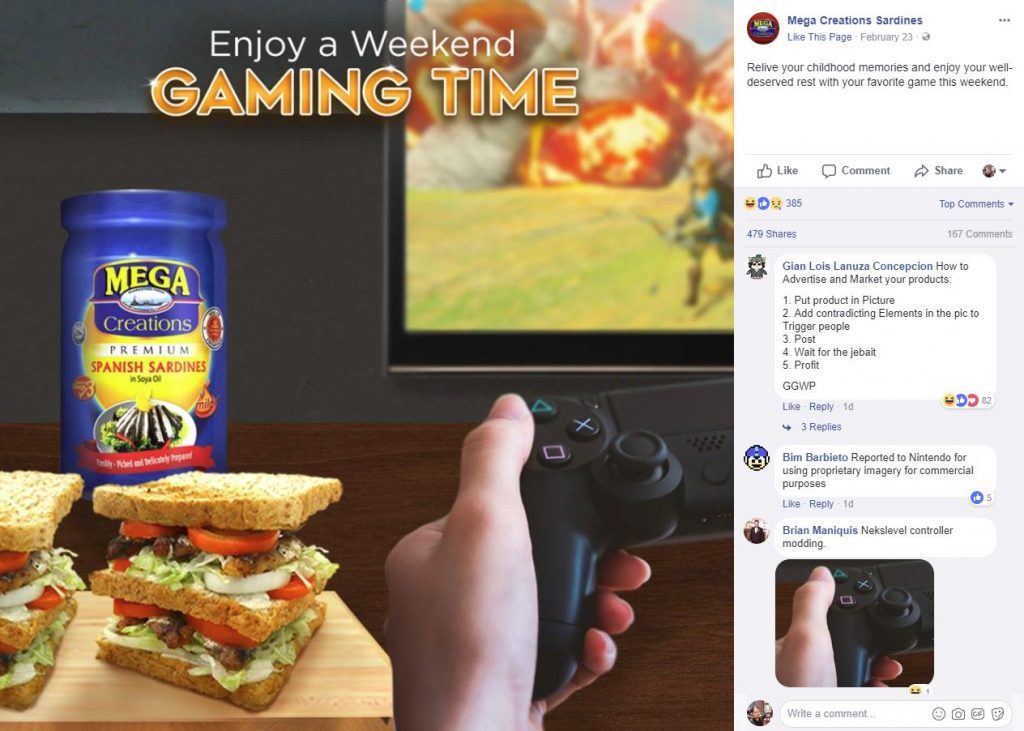 Mega Creations Sardines posted this image on their Facebook Page wishing everyone a good weekend by playing your favorite games (while eating sandwiches with their sardines in it). However, this image was AMAZINGLY WRONG. In case you can’t identify it for yourself, here’s what’s wrong:

Of course, people (especially gamer geeks) immediately caught on to these errors and were quick to let Mega Creations know what they thought. 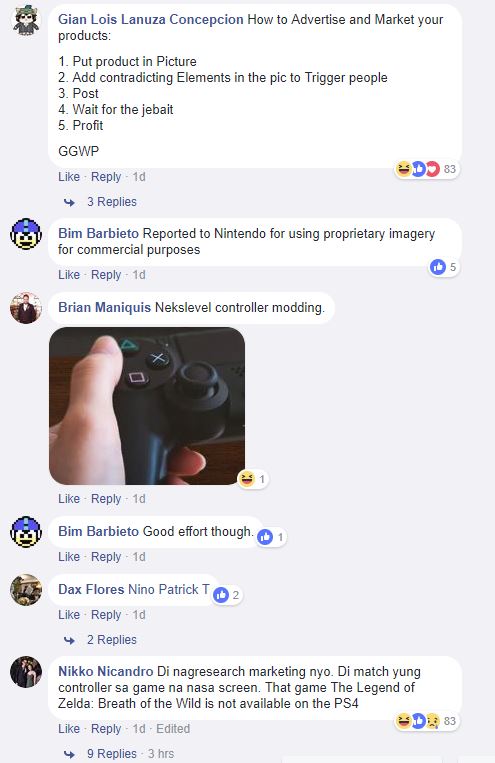 While some called out the absurdity of the image, some did mention that the image looks TOO WRONG… that maybe it was intentional. 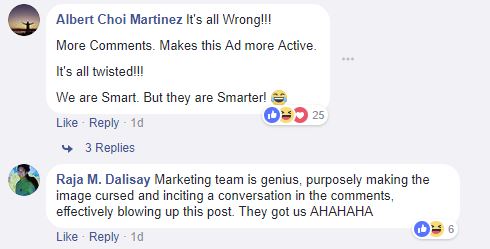 As of yesterday (February 25, 2018), Mega Creations Sardines has issued an apology ALONG WITH A NINTENDO SWITCH GIVEAWAY.

What do you think? Was it just a mistake or could this have been their plan all along? O_O Share your thoughts with us at the comments below!

- Advertisement -
Previous articlePurchase Final Fantasy XV on Steam and unlock the Half-Life pack!
Next articleCarry Your Squad With These Fun Support Builds for Monster Hunter World