Introducing the most intelligent Zenfone to date! 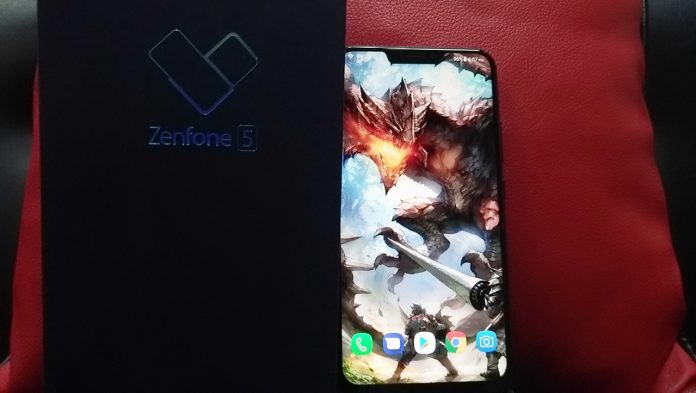 Fresh off the Mobile World Congress 2018, ASUS just unveiled the ASUS Zenfone 5 – the smartphone that heralds a new evolution of intelligence in the Zenfone line. 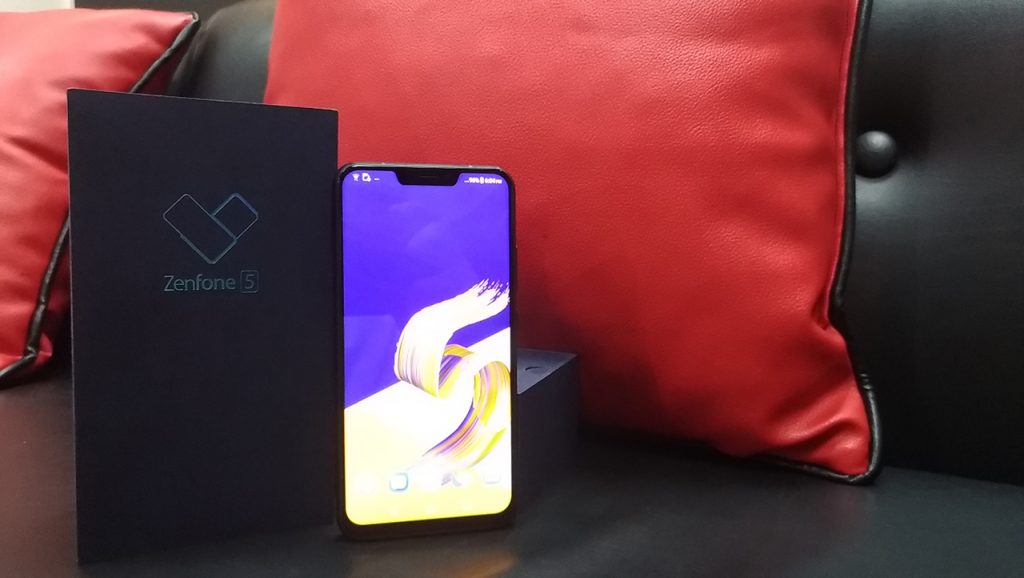 This is, by far, the most intelligent Zenfone ever! Not only does it have a classy all-screen design but it also has dual-cameras AND a learning-AI tech that will help you take the best photos you can. The awesome peeps at ASUS let UnGeek get our hands on a Pre-Production Model of the Zenfone 5 to play around with so we can give our first impressions. REMEMBER, THIS IS MERELY A PREVIEW OF THE ZENFONE 5’S DESIGN as this is only just the Pre-Production model. We’ll be doing a FULL GEEK LIFESTYLE REVIEW of the actual consumer release version as soon as we can.

Before we get to what this beauty is packing, let’s take a look at the exterior and get straight to the aspect that stands out the most… DAT SCREEN DOE! Practically 90% of the entire front of the phone is SCREEN and, bah gawd, it looks classy AF. The screen is HUGE. It’s practically like having the screen of a 6.2″ phone on a 5.5″ phone. So it just looks so nice when you’re using it. 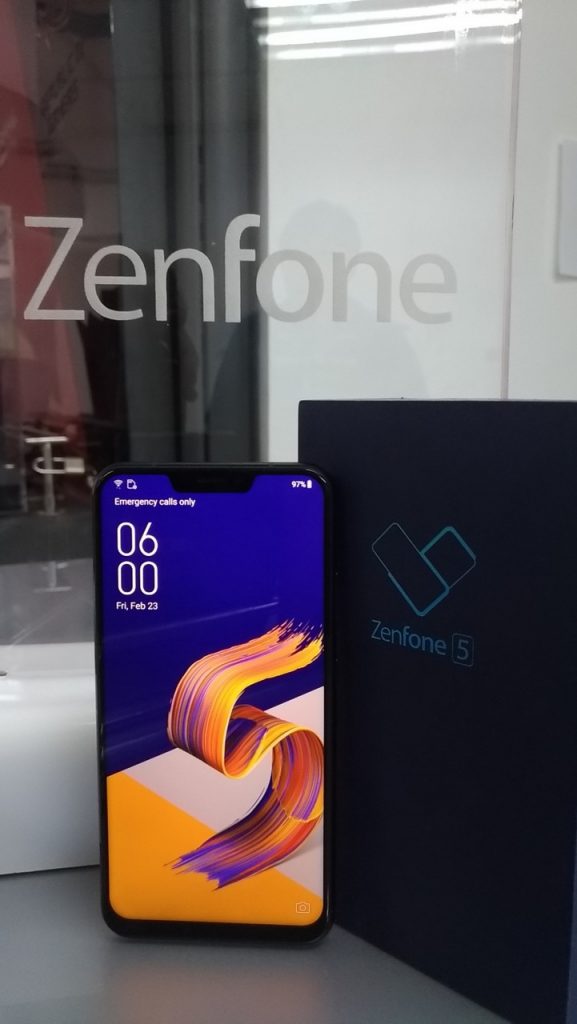 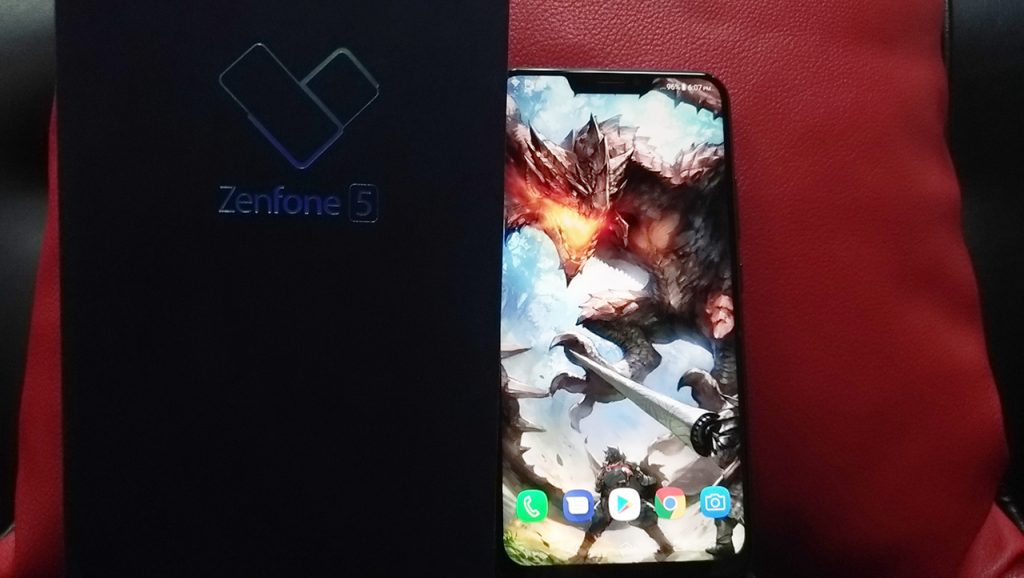 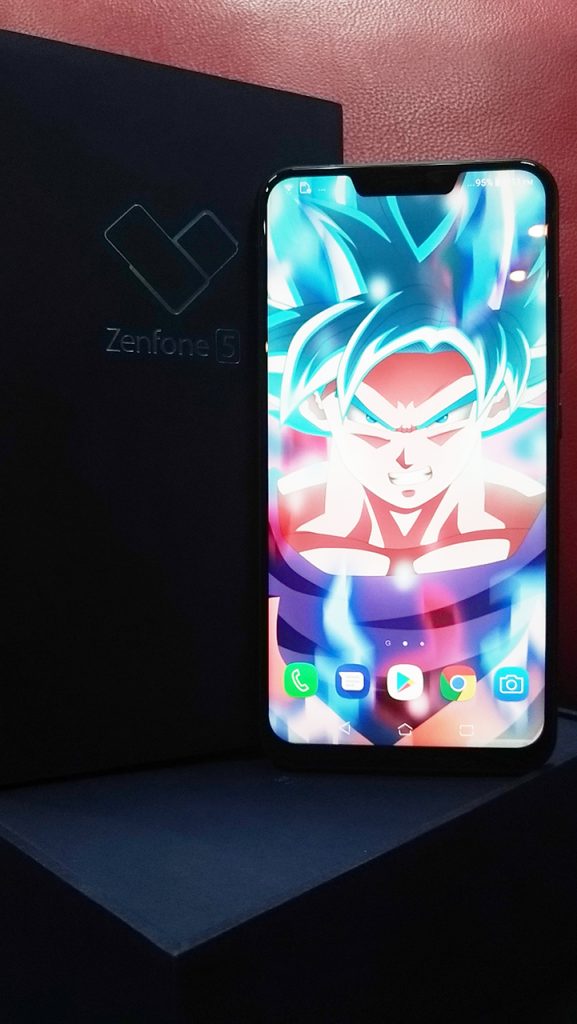 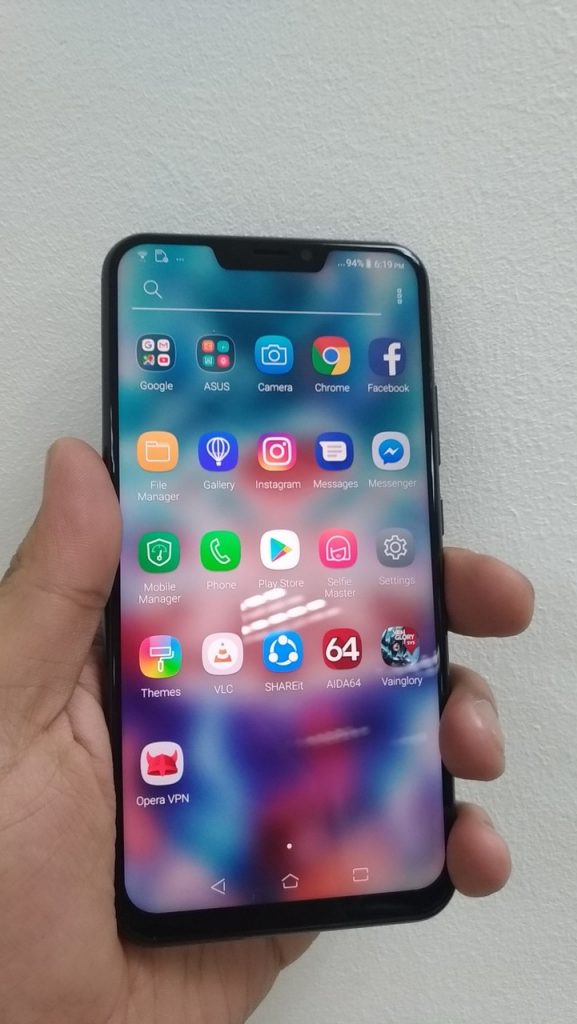 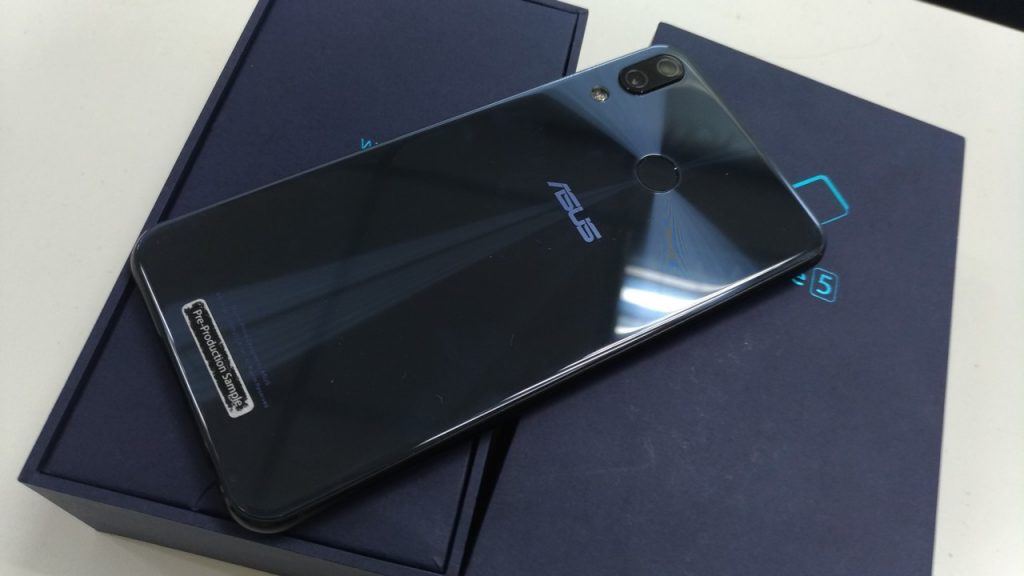 It has a little notch at the top which I first thought was weird because.. “Oh no, if I watch videos now, that little notch will be a bit of a hindrance.” NOPE. The screen squares out to give you the whole video. Another thing I was worried about was “with so much screen, won’t that make it overly sensitive to my grip while I’m holding the phone and mess with the inputs?” Also NOPE. The screen does a good job of recognizing what intentional touches are vs just your hand holding the phone. 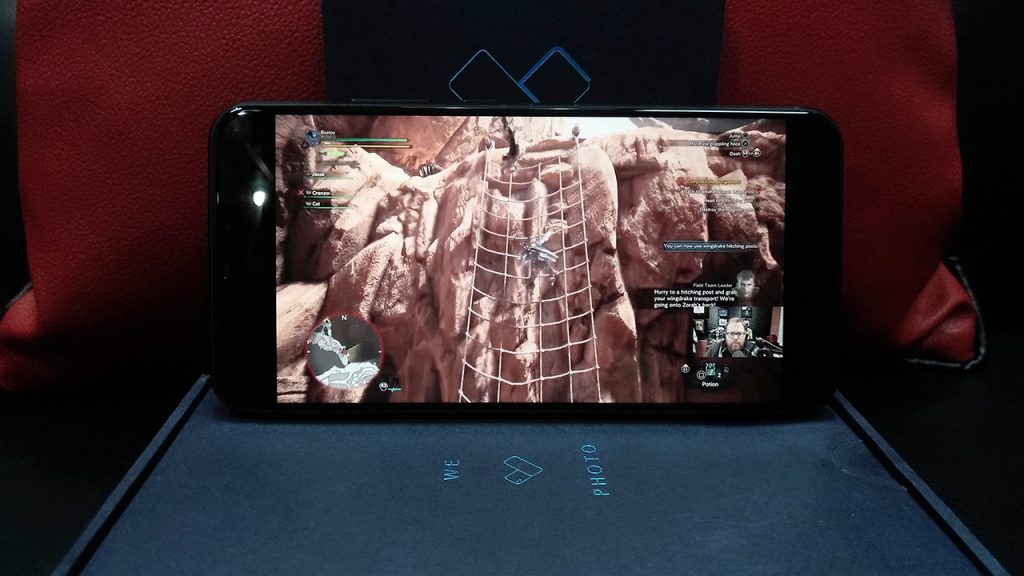 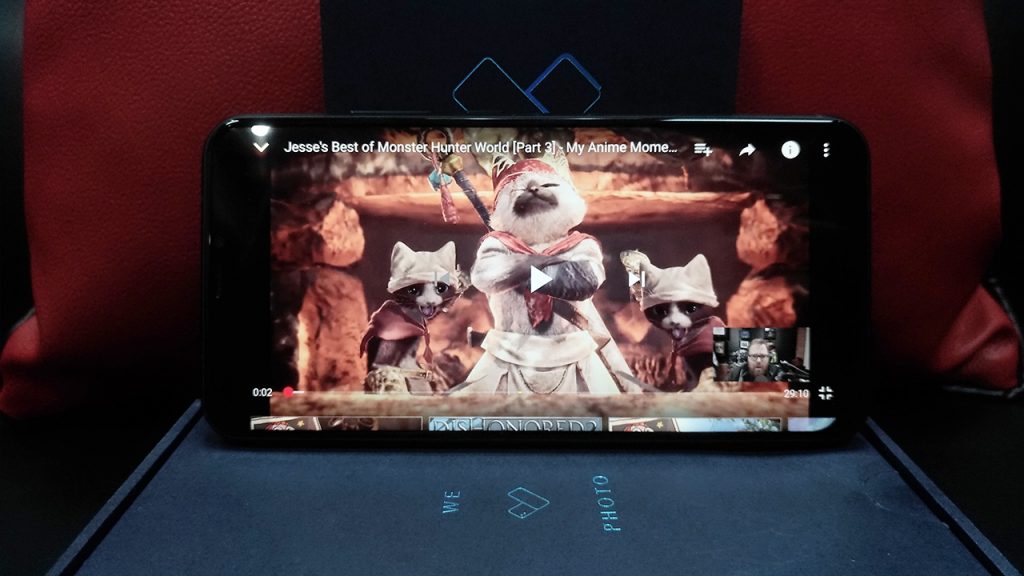 You have your dual-cameras at the back that makes for better photos. It’s light sensitive and wide-angled! It definitely gives you more freedom when taking pictures. A must when you’re trying to get that perfect geek shot! 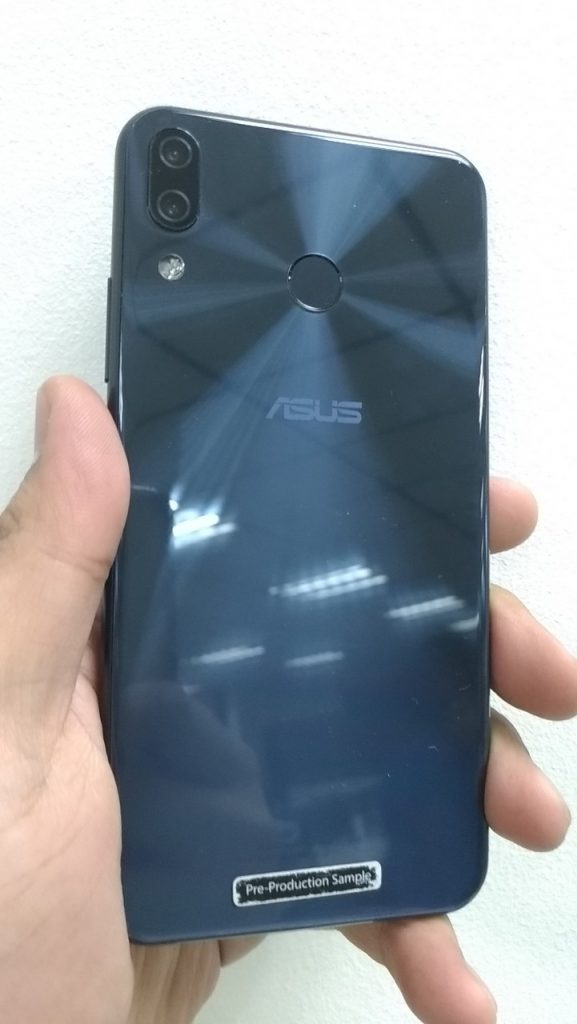 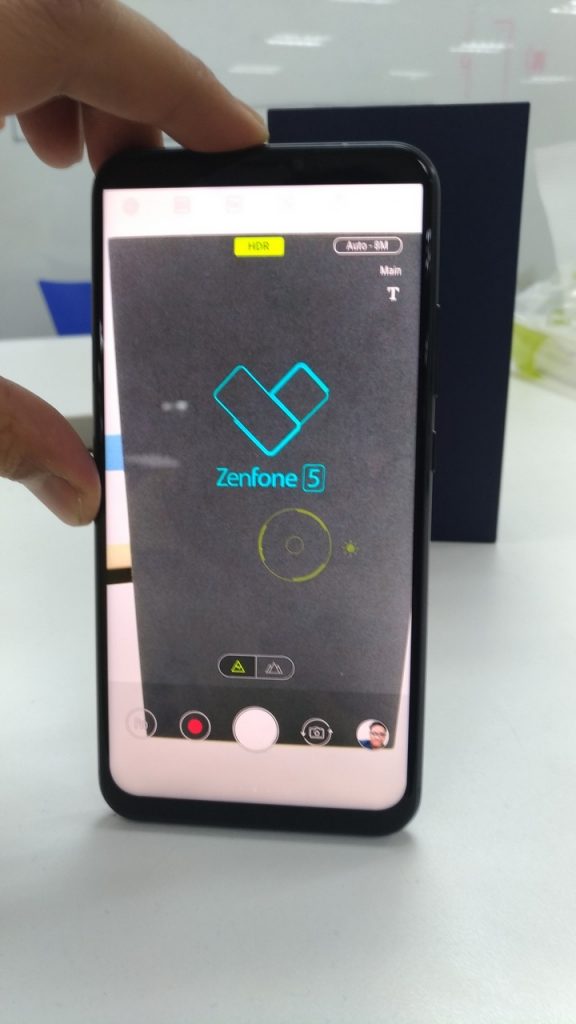 Now comes the most interesting part. The tech that makes it INTELLIGENT! The phone features the ZenUI 5.0 with Android O. But the best part is with the AI features with photo-taking! While we haven’t tested this yet, ASUS claims that the Zenfone 5 will be able to recognize 16 different scenes when you’re taking pics – landscapes, food, skies, and more! This will make it so that it will auto-adjust the settings to give you the BEST possible shot given the scenario. 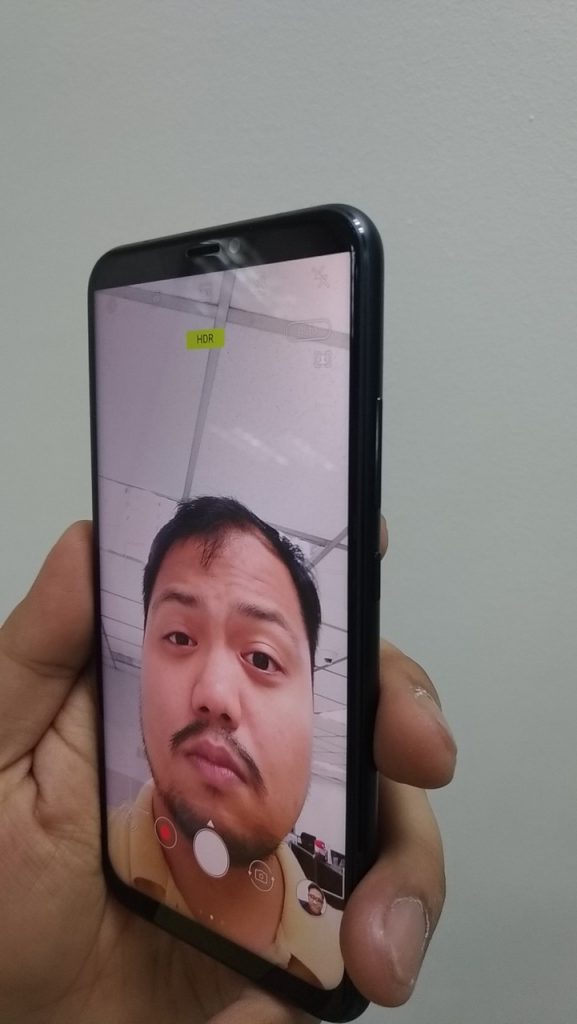 But wait, there’s more! Apparently, after you’ve taken the shot, the Zenfone 5 will give you gallery preview of the picture with various photo treatments (contrast, color temp, etc) which makes it easier for you to choose what outcome you want. AND THEN as you do this, the AI takes note of your choice and applies that preference to future photos which makes taking the perfect pic to match your tastes much easier!

ASUS also mentioned that the Zenfone 5 will have features like SMART CHARGING that observes the times when you leave your phone charging. When it gets the patters down, it will slow down charging during these times to avoid overcharging your battery as much as possible which, in turn, keeps your battery taken cared of making it last longer.

Of course, if you care to do these things manually, ASUS have said that all these settings can be turned off or on.

With all this, we’re super hyped to get our hands on the actual commercial release model and test it out for ourselves. Expect a full Geek lifestyle review from us soon! In the meantime, here are the specs of the announced Zenfone 5: 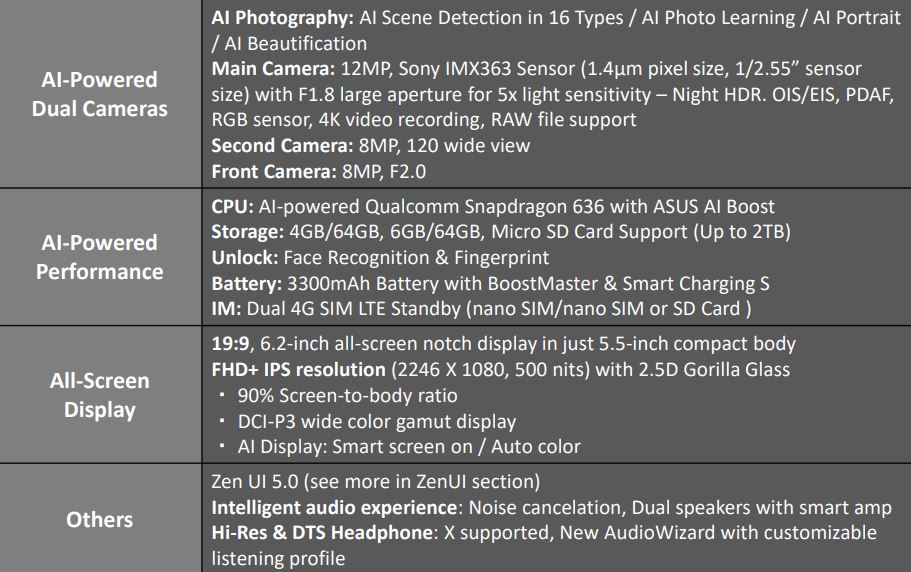 - Advertisement -
Previous article
Level up your geekshots with the new Samsung Galaxy S9!
Next article
Chrono Trigger Gets a PC Version Via Steam!