RUMOR: Fans Rejoice! Some of your Favorite Overwatch Voice Actors are coming to the PH!

4 of your Favorite Overwatch Voice Actors are rumored to be coming to Manila! 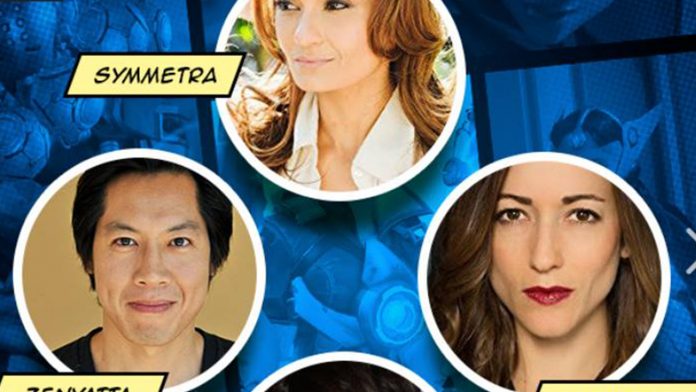 (UPDATED 02-06-2018 1:50pm GMT+8:00) While no official announcement has been made, the ComicCon Asia Website seems to be already selling packages for Autographs, Voice Recordings, and more!

Hold on to your hats, Overwatch fans, because IT’S FINALLY HAPPENING!! 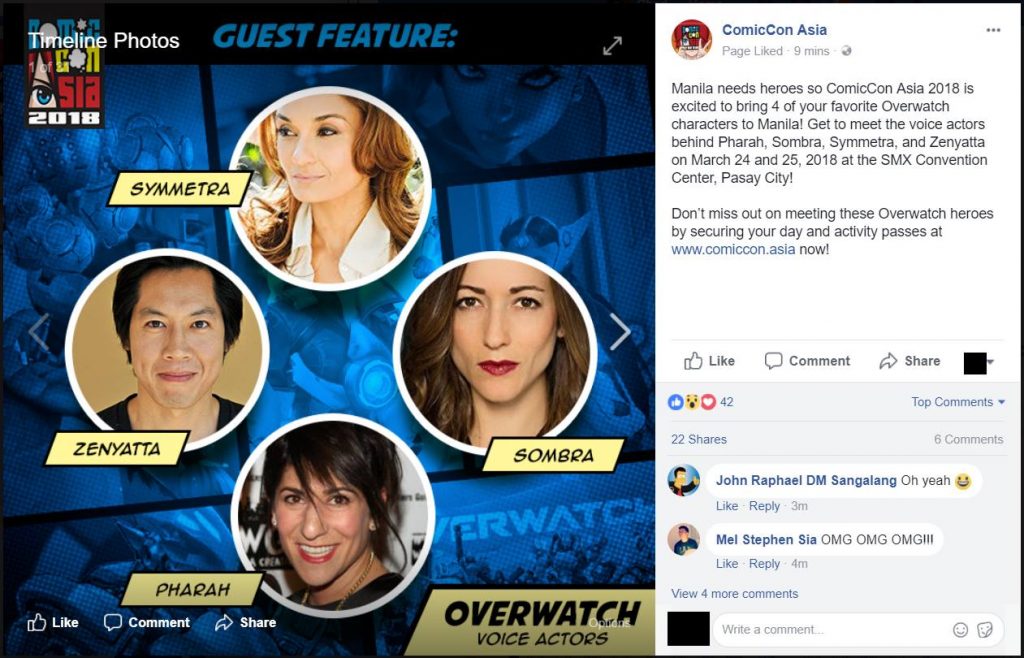 Just a few minutes ago, ComicCon Asia posted on their Facebook page that FOUR (4) OVERWATCH VOICE ACTORS ARE COMING TO THE PHILIPPINES AS THEIR GUESTS! Anjali Bhimani (Symmetra), Feodor Chin (Zenyatta), Jen Cohn (Pharah), and Carolina Ravassa (Sombra) are all heading to Manila to take part of ComicCon Asia 2018!

Fans have long awaited and wished that the Overwatch Voice Talents come to the Philippines. We got that last year with Gaku Space (Genji Voice Actor) came to APCC 2017 but now, we’re getting 4 of the beloved crew over!

But as the title says, THIS IS MERELY SPECULATION / JUST A RUMOR! ComicCon Asia deleted the post shortly after posting it. Could this have been an error? Or are the 4 of them confirmed guests already?? Let’s cross our fingers and hope that it’s the latter!

Thanks to our friends from Reimaru Files for giving us a heads up on this!