Are you drift ready?

Geez this apocalypse thing just won’t quit! Hey, I’d take an apocalypse any day if it means having to see these awesome Jaegers walking around! Are you ready to head back into the breach? Let’s check out how Uprising fits in to the Pacific Rim universe!

It is the year 2035, 10 years after the events of the first film, in which humanity supposedly defeated the threat of the Kaiju. The war is over. The Breach, the gateway beneath the Pacific Ocean that spawned the Kaiju, has been closed, but the fear that these unrelenting beasts from another dimension may somehow rise again is ever-present.

Within this universe of monsters and mechs was a core human message and compelling emotional story arcs. “Director Steven DeKnight is a genre blender,” commends producer Cale Boyter. “In his concept, the story didn’t function like a simple sequel to Pacific Rim. The big idea that he started with was that anybody can make a difference. Taking that core message, the story focuses around Stacker Pentecost’s troubled son Jake, and the young, orphaned mechanical genius Amara alongside him—two broken people who overcome their situations and their mistakes, and end up making an enormous difference.”

The story would also introduce a new generation of pilots—the cadets nicknamed the Cadets, teenagers who have been intensively training to be Jaeger pilots since they were small kids. It would also create intrigue around the return of the Kaiju, and if this return may have been facilitated by rogue human intervention. Boyter says: “The script we developed has the incredible, big action elements and the human arc around Jake and Amara, but is also a mystery adventure story. It’s 10 or 15 minutes into the picture before you realize you’re in the Pacific Rim world. The tone and the pace would not just be more emotional, but more kinetic.”

John Boyega (Star Wars series) plays the rebellious Jake Pentecost, a once-promising Jaeger pilot whose legendary father gave his life to secure humanity’s victory against the monstrous “Kaiju.” Jake has since abandoned his training only to become caught up in a criminal underworld.

Jake is joined by gifted rival pilot Lambert (The Fate of the Furious’ Scott Eastwood), as well as the courageous and conflicted Jules Reyes (Adria Arjona, Emerald City) and 15-year-old Jaeger hacker Amara (newcomer Cailee Spaeny), as the heroes of the Pan Pacific Defense Corps become the only family he has left. Rising up to become the most powerful defense force to ever walk the earth, they will set course for a spectacular all-new adventure on a towering scale.

Also reprising their roles are Burn Gorman and Charlie Day as Dr. Hermann Gottlieb and Dr. Newt Geiszler, two of the most brilliant scientists the world has ever seen, now both on the frontlines of Kaiju defense as part of the original team that closed the Breach. 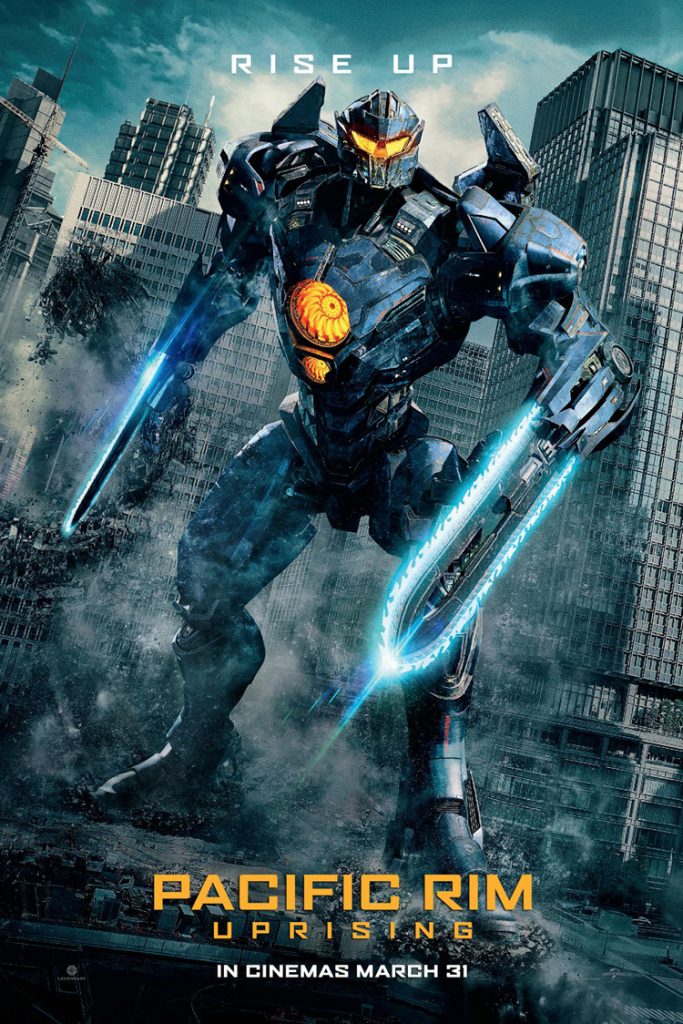 - Advertisement -
Previous article
Take a stand against the darkness! Check out the Fantastic Beasts 2 official teaser trailer!
Next article
Scribblenauts Showdown Review | Fun for the whole family… especially if you’re all 12 years old.