Come have a look at what went down! 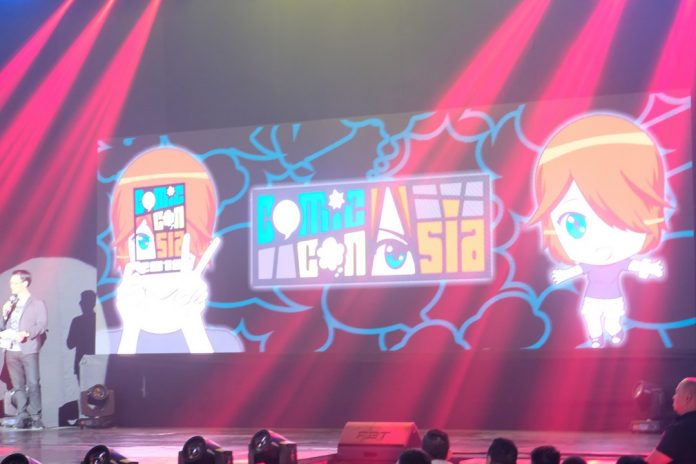 Comic Con Asia 2018 has come and gone! If you’re one of the people who skipped out on the event, don’t you worry! We here at Ungeek won’t let you completely miss out as we’re giving you a tour in pictures of what was inside Comic Con Asia 2018! 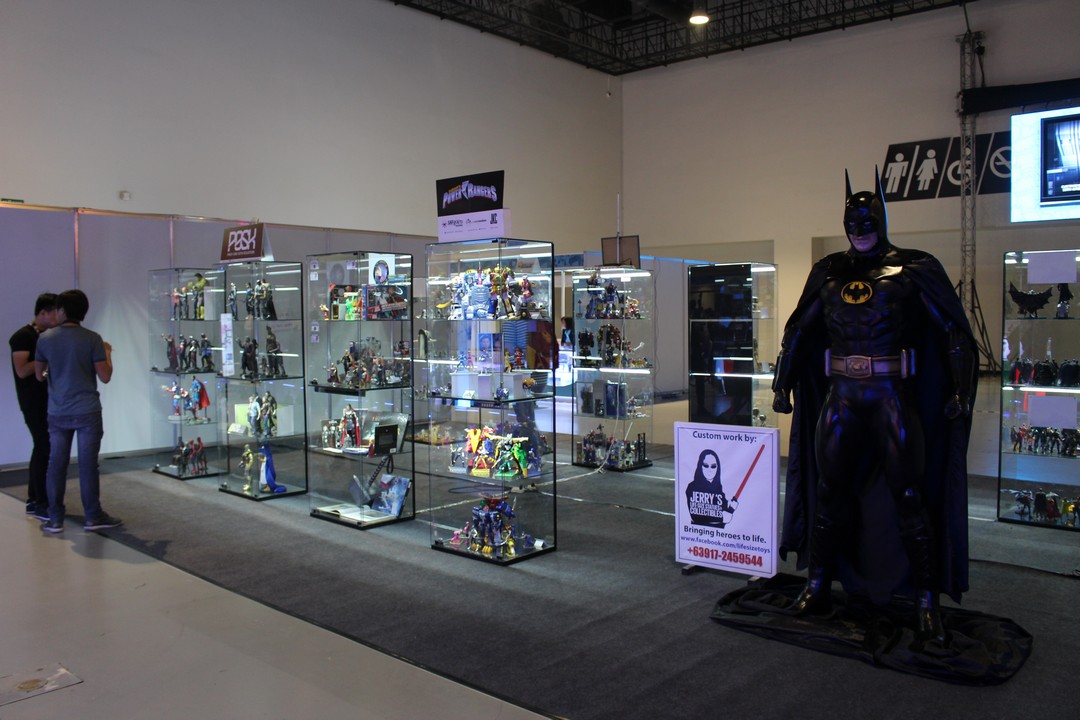 The arrival of Comic Con 2018 has provided collectors with an assortment of figures and toys – both new and old – to gaze upon. Mecha lovers will definitely love this cool display of Classic robots like Voltes V, Daimos, Mazinger Z, and even the Transformers! Some of the pieces are actually pretty rare!

Loved the classic Mighty Morphin’ Power Rangers? This whole showcase will leave your inner kid screaming. We even managed to score an interview with the original Black Ranger Walter Jones. It’s Morphin Time!!

But, of course, what’s a Comic Con without any Marvel and DC superhero displays?
Check out these alternate versions of the caped crusader and some kitbashed collection that you probably won’t see anywhere else.

Dive-in the virtual world to fight zombies, conjure spirits, and maybe even become the new Boxing champ as you get trained by the Pac-man himself!

You might also be able to get the Funko Pop figure that your collection needs! 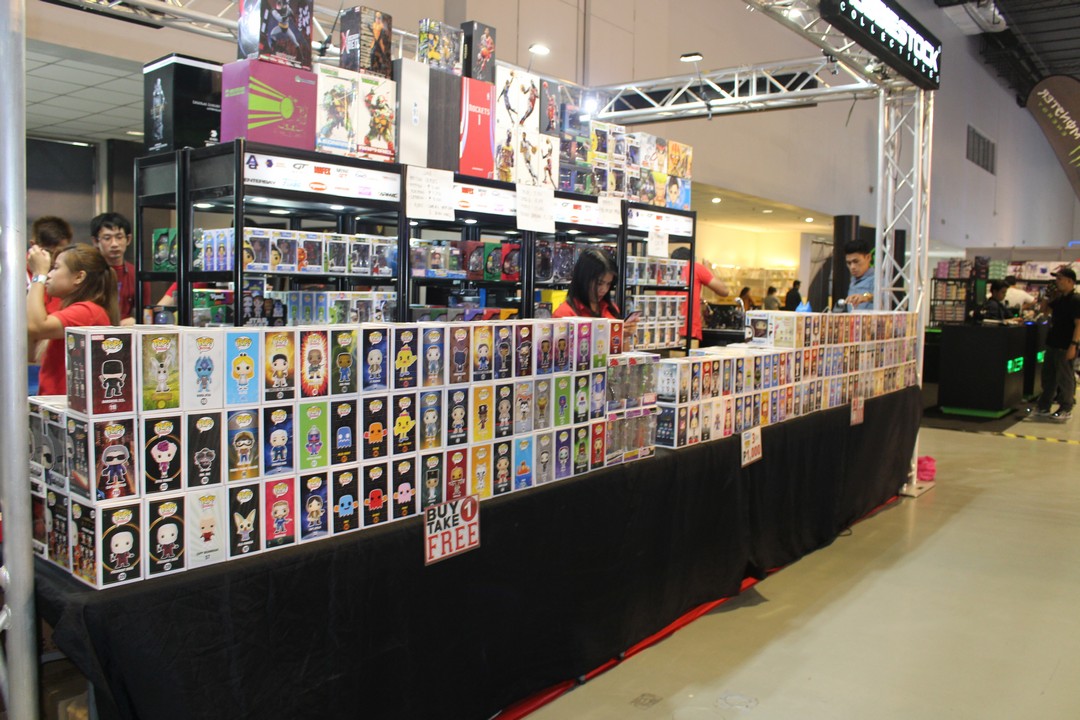 Komikeros unite as the “Samahang Kartunista ng Pilipinas” is here. Meet local artists and get a chance to have your very own cartoon self-portrait.

How about some PINOY superheroes like Captain Barbell, Darna, and Lastikman? There’s some sweet merchandise to be had as well!

Overwatch fans sure had a blast with the meet and greet with Overwatch voice actors Feodor Chin (Zenyatta), Anjali Bhimani (Symmetra), Carolina Ravassa (Sombra) and Jen Cohn (Pharah)! Our very own Bitoy (Michael V.) also took to the stage to show his drawing talent.

Looking for some board game goodness? You could definitely find some as you get to try the new Final Fantasy TCG and various other board games. 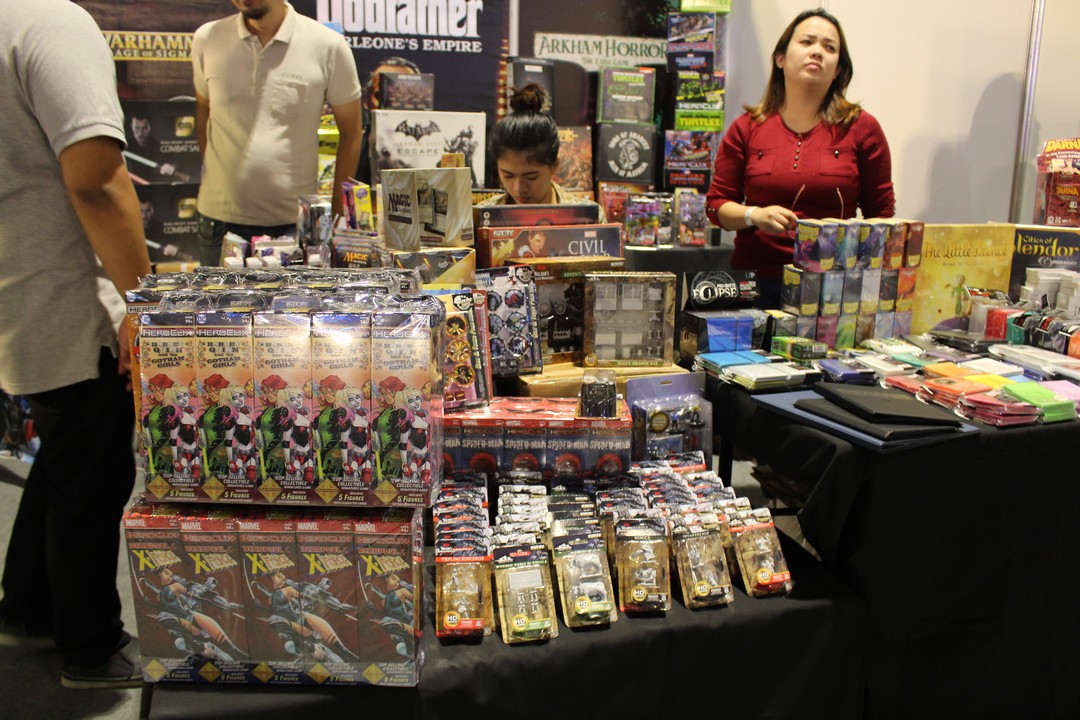 There you have it! Liked what you saw? Be sure to stay tuned as well because we’ll soon release our exclusive interviews with the guests of Comic Con Asia 2018!