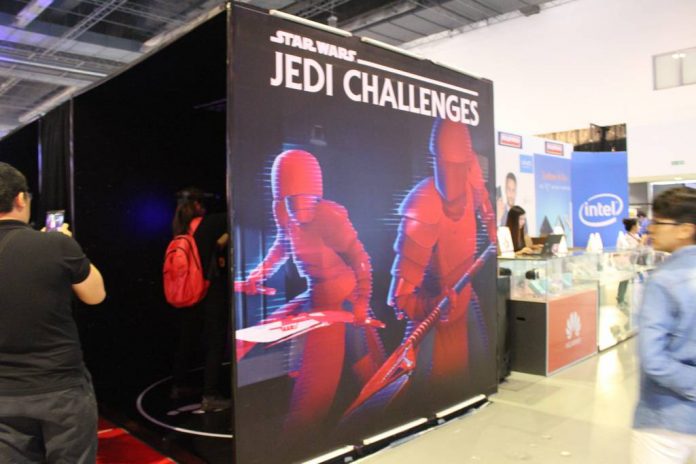 Reality not living up to the hype? Well here are some games to take your IRL blues away.

The First Virtual Reality Park in the Philippines has come to Comic Con Asia to give you a taste of what its like to mow down zombies with gunfire and/or have a stare down with some spooky guests.

Want to train with the Filipino boxing icon or perhaps you just want a shot of the belt? Time to put some sweat on as Boxing Kings VR will be released on Steam this June 2018.

With a VR visor and two controllers the fighting senator is ready to train you in hand to hand boxing in virtual reality ofcourse. Take on the Filipino icon as you punch your way to a knock-out  victory!

Experience a piece of what padawans from the Jedi Order in training with Lenovo’s Augmented Reality enabler the Mirage. Take on the Sith as you thrust, slash and parry.

If your here at Comic Con Asia 2018 make sure you try out these great games here and get ready to enter a whole new reality! Speaking of different realities here are some reading recommendations about the “Isekai” (Another World) genre.