I want to ride my chocobo all day! 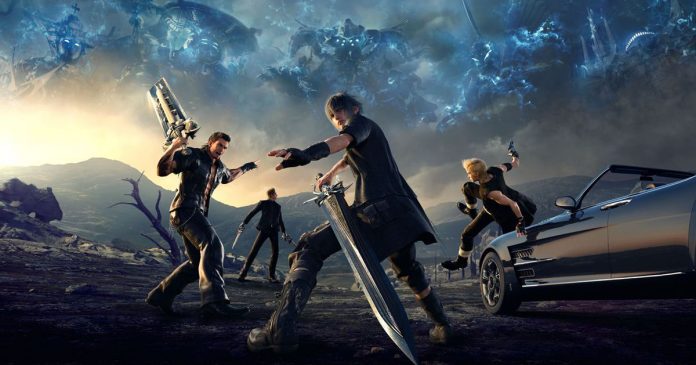 Disclaimer: We received this game for free care of Bandai-Namco. Thanks Bandai! 😀

When a project tends to be so big, and so hyped, it gets a bit bloated and lose focus. Such perhaps was the case for the development of FFXV. Switching directors, platforms, and an insane 10 year development, there was tremendous worry about whether the game would actually be good, even decent enough to warrant the investment. Come 2016, and the game was received warmly by both cautious fans and new players getting into the Final Fantasy series. So after 2 years, what changed?

The PC Windows Edition did. As early as the launch in 2016, Square Enix said they want to tap into the PC market as well, by announcing a PC version of the game a year or so later. 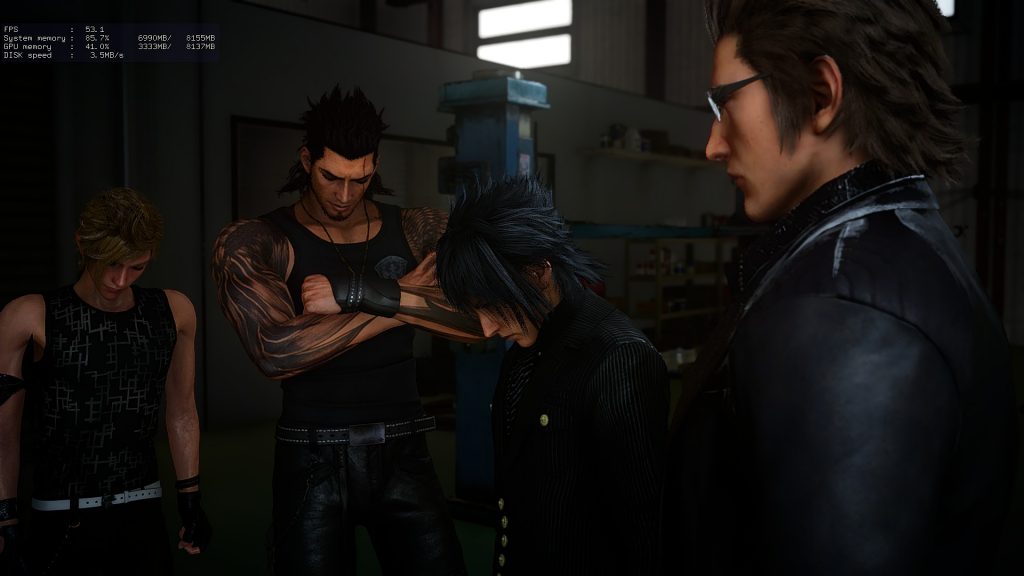 PC gamers are a weird bunch. As one myself, we tend to be hypercritical, and yet at the same time, inclusive of all sorts of games. I suppose one thing we do want is honesty. There have been a number of great PC ports (Vanquish, Bayonetta) and an equally number of disappointing ports (Dark Souls I, Arkham Knight, Chrono Trigger). Hence, the apprehension when they announced the port. Luckily, or thankfully, SE announced that they intended to make a ground-up version for the PC. And boy did they deliver.

Contrary to popular belief, PC gaming isn’t about hardware elitism or snobery, but about adaptability. The ideal perfect game would run great whether or not you have that high end GTX 1080Ti or an entry level GTX 1050Ti graphics card.

FFXV satisfies that by running great while still looking good, even for lower end systems. It’s not the most optimized game out there in my opinion (shoutout to Doom 2016!), but it’s plenty forgiveable considering the amount of assets the game has.

Gameplay is incredibly fluid. The game is easy enough to do a Devil-May-Cry hack & slash run, but rewards you for timing your dodges and varied attacks by giving you a literal score card at the end of each fight. The PC port is also ridiculously enjoyeable. Keyboard and mouse is very good and intuitive. The controls aren’t too janky, and you can rebind the keys to whatever you prefer. Controllers though, specifically the DS4, is a surprise. Using the DS4, it delivers the vibration or shock aspect natively. I could feel the tugs and pulls in the fishing game and when I get hit in combat. I’ve never had a game do this! Insane!

The PC graphics options are great. Not perfect, but great. With FFXV, you get a multitude of options. Tinkerers would spend hours trying to get the perfect setting for your game. With FFXV, it isn’t very necessary because the presets are already quite decent. There are a few things you can do though, to turn up performance without harming the graphics fidelity.

This game is not perfect. Far from it. I have an issue with the game’s fetch-type quests. In my opinion, it’s a waste of time. Even the typical “go to X, kill Y” quest is somewhat rewarding due to the fluidity of the combat system. But running around hopping to find a red ore or red frog is tedious at best, and frustrating at worst.

And this leads to FFXV’s most contentious or controversial game design of all – FFXV is a ‘goldilocks’ kind of game, or a ‘jack of all trades, master of none’, perhaps brought about by almost a decade of development quagmire, shifting priorities and design philosophies. There isn’t one aspect of the game that truly excels when compared to its rivals. Combat is more satisfying in Dark Souls and Horizon Zero Dawn. The Witcher 3 has a stronger and more compelling narrative. Crafting in Skyrim is endless.

Perhaps its saving grace is its graphics fidelity, but even that has some short comings (like dithering, especially noticeable in the characters’ hair).

So perhaps this is a case where the sum is greater than its parts. Despite that tirade, FFXV continues to make the entire gameplay unequivocally fun and engaging. It’s rarely punishing, somewhat time consuming, but engrossing enough that I have logged 24 hours already despite being only at Chapter 3.

It isn’t the breath of fresh air we were promised, nor was it the revolutionary game of the decade, but overall it is a good game. And in an industry where even AAA titles get criticized heavily for making anti-fun mechanics (EA, Activision what’s good?!), good is great.

Would I recommend this? Absolutely. Perhaps wait for a steam sale, but if/when it gets even slightly discounted, I’d say this is worth your money. For both long-time fans of the Final Fantasy series, and for new players, I think there’s something in this game that you can love and appreciate. And being able to have fun is a core tradition of the Final Fantasy games.

Final Fantasy XV Windows Edition can be purchased via Steam at Php 2,600.00

Previous articleIron-clad data security! Seagate offers the IronWolf and IronWolf Pro for Home, Business and SMEs
Next articleErnest Cline sits down with us to talk about Ready Player One, video games, and general geekery in this Ungeek Exclusive!

Final Fantasy XV Windows Edition is everything FFXV should be | Ungeek ReviewA faithful adaptation for the PC market that generously accommodates varying level of PCs despite being rough on some edges. At max, the game design outperforms its predecessor offering tremendous eye-candies everywhere you look.