HOW PUBG CORP. BROUGHT THE CORE PUBG EXPERIENCE TO MOBILE

PUBG Corp. and Tencent discuss the importance of balancing consistency with optimization. 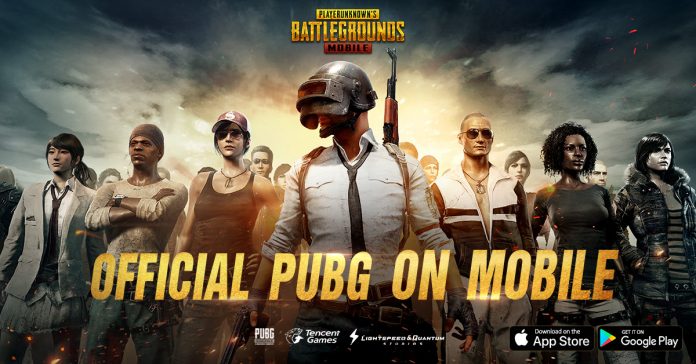 Disclaimer: Originally posted by Jordan Sirani for IGN, this story is reposted with permission from Tencent and rendered with minor edits by UngeekPH for editorial consistency. 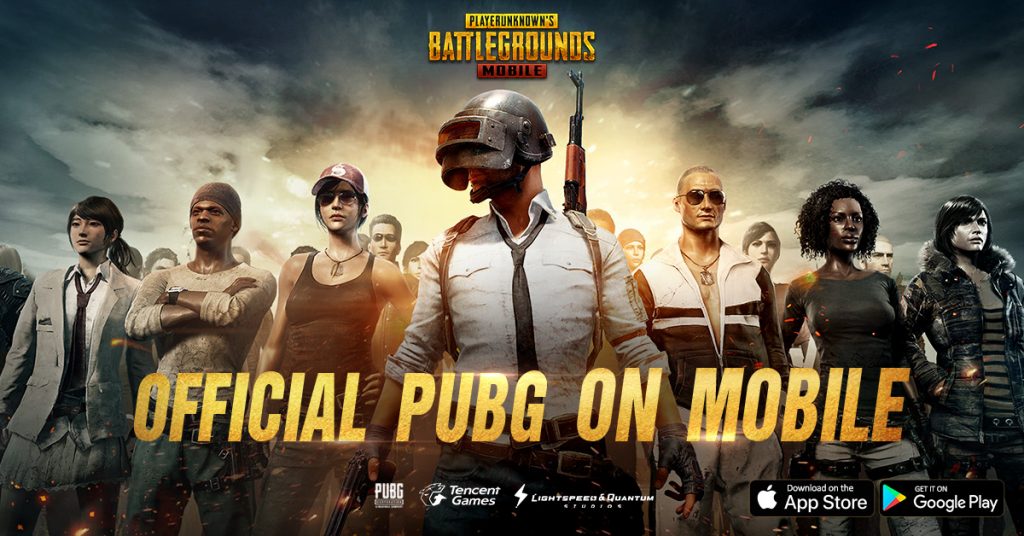 IGN recently spoke with key members of the mobile version’s development team and found out how PUBG Corp., in partnership with Tencent, worked to bring the complete PUBG experience to mobile devices around the world.

From the start, PUBG Corp. CEO Chang Han Kim knew a mobile version of the hit battle royale game would have to deliver the same “core excitement” players have come to love in the pre-existing PC and Xbox One versions.

“Mobile players will have the ability to carry a PC quality game in their pocket,” Wang explained. “At the same time, experienced PC players can enjoy the PUBG experience. On the go.”

As the team would learn, successfully capturing both demographics — the hardcore player and the more casual newcomer — required them to strike the right balance between consistency and optimization. 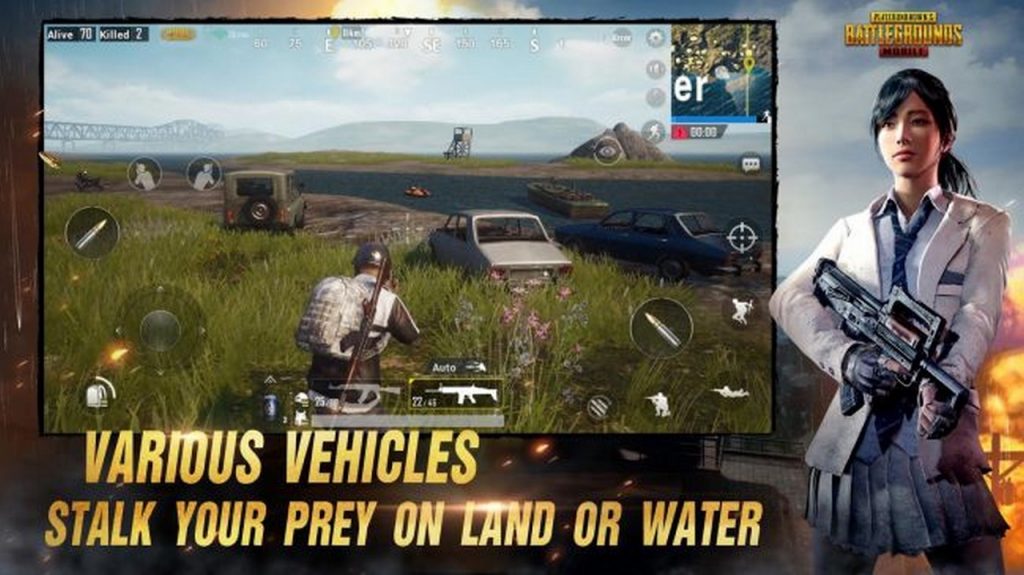 Successful PUBG players have a strong grasp of the controls and a strong “understanding of the map and teamwork strategies,” according to Corporate Vice President of Tencent Chen Jerry. In order to maintain consistency with the existing versions, Jerry says the team focused on these three pillars while developing PUBG Mobile.

Naturally, with fewer input options, the control scheme would have to be optimized for mobile. Screen swipes for turning and aiming are among the most notable changes, while others include “more visual effects to the buttons” to make up for the lack of physical feedback players are used to receiving when using a standard controller or mouse and keyboard.

“The controls are very complex and need a lot of buttons, and at the same time the game requires players to observe their surroundings at all times, so we put a lot of thought into smart button placement, to avoid cluttering the screen and allow players to be aware of what is happening around them,” said Jerry.

However, as was PUBG Corp.’s goal from the start, the team made sure a lot of the same features carried over from PC and Xbox One. Jerry says he hopes the simplified controls will allow new players to “quickly familiarize themselves” with PUBG, while the consistencies — bullet flight time, bullet trajectory straining, left and right sideways shooting, and vaulting — allow established players to feel comfortable on the new platform. 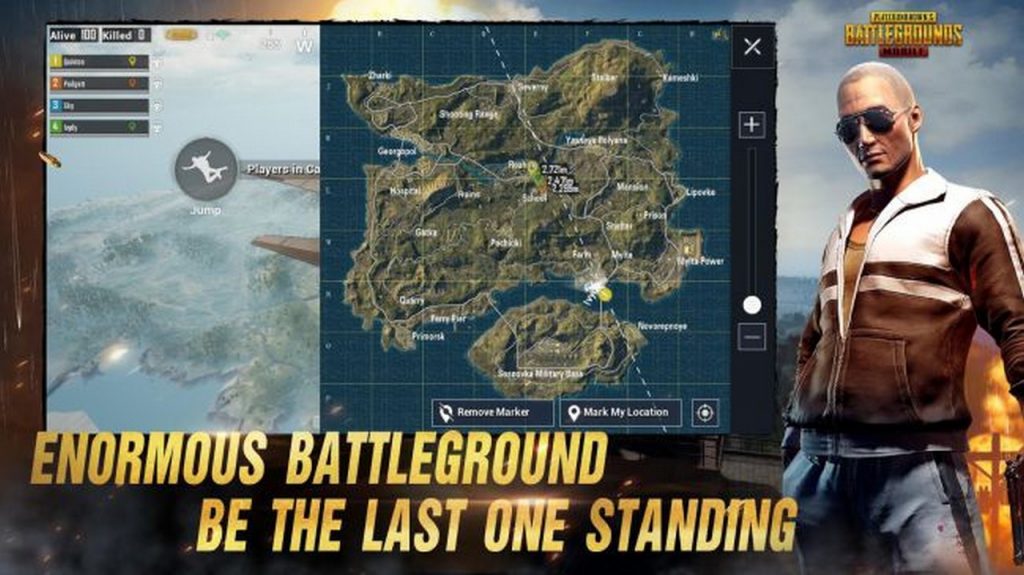 Regarding map understanding and strategy, the developer expects returning players will feel at home on the new platform, as “PUBG Mobile brings the original 8×8 km map of the PC version, including all of the original buildings, grassy areas, trees, stones, and slopes,” according to Jerry. “We also kept the same number of buildings, item spawn points and spawn rates as the PC version, so that players don’t need to re-learn everything.”

However, one minor tweak was made to the buildings’ layouts. Given the increased difficulty of frequently turning on mobile, Jerry says adjustments were made in order to make it easier for players to navigate and find items. 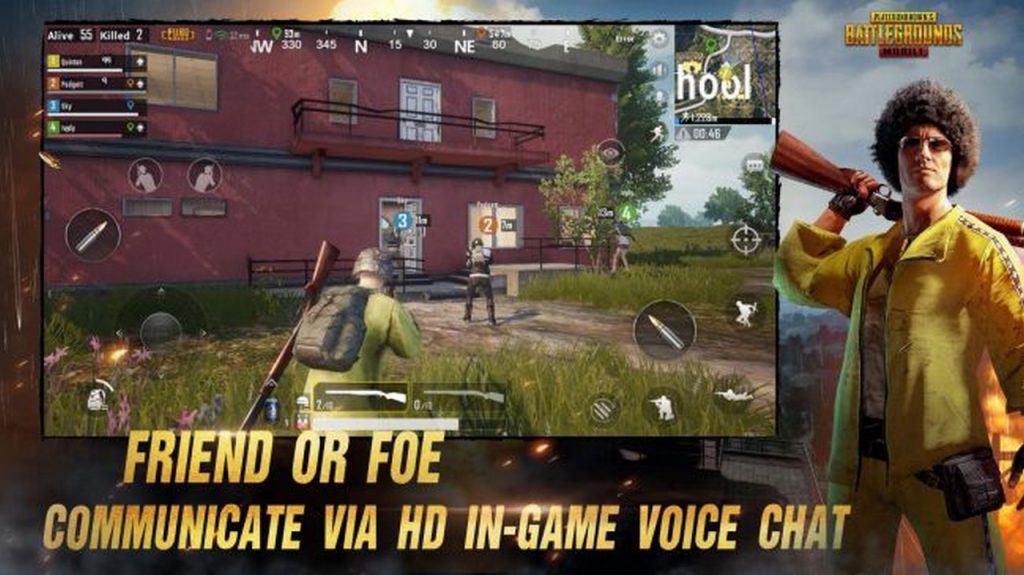 Jerry also acknowledged the strategic importance of sound in PUBG, as accurately locating enemy gunshots or footsteps can often be the difference between life and death. He says PUBG Mobile features the “same firing and vehicle sound effects as the PC version,” and the team “made sure that players would be able to tell where the sound is coming from, thanks to our 3D effects.” Furthermore, the team accounted for players who may not have headphones or choose to play in noisy environments by implementing “visual cues for the sound effects,” such as location-specific radar icons for gunshots.

According to the team, finding a way to translate PUBG’s complexity to smartphones without losing its depth served to both appeal to longtime players who expect a level of mechanical intricacy, and make things friendly to new players.

“PUBG is a hardcore game because it encourages players to strategize and optimize their approach to the game in order to win,” said Wang. However, PUBG is also multifaceted — there are social elements, a satisfying loot system, and an exciting pace whether or not you’re winning or losing. According to Wang, “This means that PUBG Mobile is also extremely well suited for a casual, fun experience.”

Moving forward, Jerry says the plan is to update PUBG Mobile events weekly, if not daily, to entice players to return as often as possible.

“We have invested a lot of resources to create hundreds of monthly items and to keep the players’ wardrobes full,” he said. Additional PC content is also expected to make its way to mobile as PUBG Corp. continues to build toward creating the “full, authentic” PUBG experience on the go.

PUBG MOBILE can be downloaded for free on the App Store and Play Store now. You can find more game updates via Facebook and Twitter page.

- Advertisement -
Previous article7 things to look forward to in the second season of A Series of Unfortunate Events!
Next articleHuawei P20 and P20 Pro are two Android Phones we really, REALLY want to have! | Initial Impression