ICYMI – The new Avengers: Infinity War trailer is sure to melt some brains and OMG is that the Black Order?

Movie of the year, maybe? 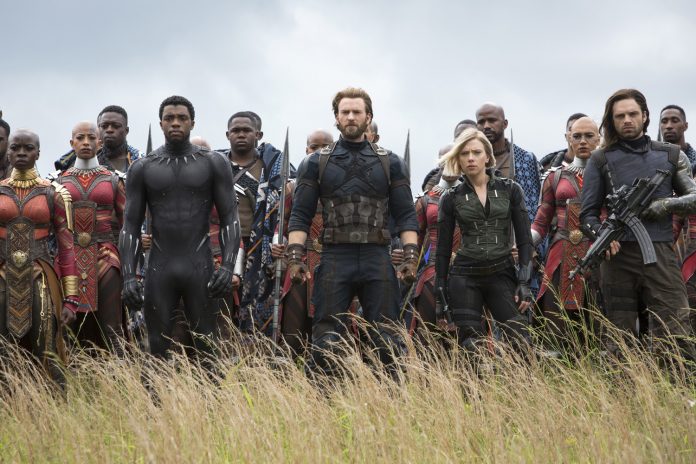 We know you didn’t, but just in case you missed it, check out the official OFFICIAL trailer for the film that will define 2018, Avengers: Infinity War! No words need be said, all you have to do is watch and feel the shivers!

As the Avengers and their allies have continued to protect the world from threats too large for any one hero to handle, a new danger has emerged from the cosmic shadows: Thanos. A despot of intergalactic infamy, his goal is to collect all six Infinity Stones, artifacts of unimaginable power, and use them to inflict his twisted will on all of reality. Everything the Avengers have fought for has led up to this moment – the fate of Earth and existence itself has never been more uncertain.

An unprecedented cinematic journey ten years in the making and spanning the entire Marvel Cinematic Universe, Marvel Studios’ “Avengers: Infinity War” brings to the screen the ultimate, deadliest showdown of all time. The Avengers and their Super Hero allies must be willing to sacrifice all in an attempt to defeat the powerful Thanos before his blitz of devastation and ruin puts an end to the universe.

Oh and your eyes are not fooling you, that’s THE BLACK ORDER right there folks! Proxima Midnight, Ebony Maw, Corvus Glaive, and Cull Obsidian in all their glory, oh and there’s Loki too. I don’t know about you but this officially brings up the hype levels to over 9000!

And if that’s not enough, here’s a look at the trailer again but on an IMAX aspect ratio of 1.9:1 which widens the screen by 26%.

Whichever format you fancy, we’re pretty sure you’re in for one helluva ride!

Avengers: Infinity War is set to shatter records when it opens on April 25 in Philippines Cinemas!

- Advertisement -
Previous articleNetflix is set to bring in the goods from Harlem as we take a first look at Luke Cage Season 2!
Next articleBlack Maria Cinema is back! A new cinema experience waiting to be rediscovered!