Movie Review | If you aren’t ready for Ready Player One, you better press start soon because the film is spectacular!

Trust us, this is something you wouldn't want to miss.

I seriously cannot remember the last film I watched that made me giddy inside as much as this one. I was expecting Avengers: Infinity War to be that film but to my surprise, Ready Player One smashed all of my expectations and literally just shot up to my “favorite films” and my “would watch again” list. Check out our impressions of the smash hit Ready Player One!

Ready Player One is based on the novel of the same name, an Ernest Cline bestseller way back 2011. The premise being in the year 2045, people of the world have come to escape the realities of the real world by logging into the OASIS, an immersive virtual universe where you can go anywhere, do anything, and be anyone, only being limited by your own imagination. The OASIS was created by James Halliday, who left his immense fortune and total control of the OASIS to the winner of a three-part contest he designed to find a worthy heir. Sound cool, right? Well it is, and what happens in between is something magical that makes the viewers beg for more.

I’m not here to talk about the acting and the sounds and all that technical stuff, but what I wish to tell is what makes the movie a MUST WATCH and why you’ll spend 2 hours and 20 minutes of your life with a huge smile on your face.

As a gamer myself, even from the trailers, I could see that there was so many references to various pop culture and gaming icons. Tracer from Overwatch, Ryu from Street Fighter, Master Chief from Halo, Batman, The DeLorean, even an effing GUNDAM! The list goes on and on and on and you will definitely want to rewatch this just to see if you missed out on anything, and even then I don’t think you’ll be able to see them all! The feeling of “OH LOOK IT’S *****” is fantastic, it’s literally like Wreck It Ralph on steroids. If like me you were born in the 80’s, then I can guarantee that you’ll be able to recognize most, if not all, the references in the film, and that alone is an amazing feeling.

Watching the film is also like actually playing a game, where you’ve set off on an adventure, gather party members along the way, and battle the big bad boss at the end. I would totally recommend that you watch this film in IMAX 3D as the film was built for something like that, it’s a whole new experience seeing the characters jump out from across the screen. Some films don’t do well in 3D but Ready Player One is perfect for the format. And if you can? Please try not to watch this alone because the after movie conversations with your group will be something magical.

The whole film is actually very kid friendly as well, since it covers a culture that kids these days are very much aware of. Even without figuring out all of the references and easter eggs, the story stands alone nicely and I would not be surprised if your kid mentions “best movie ever!” after seeing Ready Player One, bonus points if your kid is a gamer too!

Ready Player One is a triumph. Not only does the film pay homage to the culture surrounding our virtual lives but it plays it out in an engrossing story that keeps you locked in for the whole duration of the film. With tons of pop culture and gaming references, you’ll need more than a rewatch to spot all of them, which is perfectly fine because Ready Player One warrants that rewatch, it’s a fantastic movie that is definitely a must watch by everyone. Young ones will enjoy and the young once will geek out at all those 80’s references scattered throughout the film.

Ready Player One opens in cinemas on March 31, only from Warner Bros.! 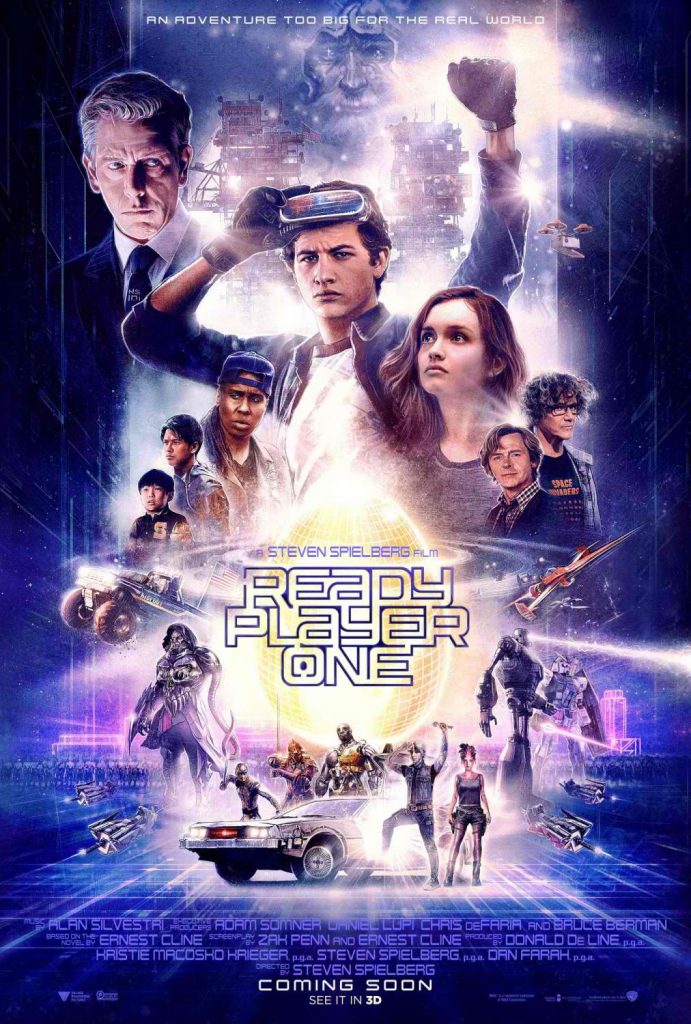