I loved the first movie, so what’s not to love in the second, right? We’ve all seen the trailers and the action looks INTENSE AF. Kaiju and Jaegers breaking everything in sight, it’s glorious! Or is it? We bring you our short but sweet review of Pacific Rim Uprising and tell you if it’s worth your money!

The premise of Uprising circles around John Boyega as the rebellious Jake Pentecost, a once-promising Jaeger pilot whose legendary father gave his life to secure humanity’s victory against the monstrous Kaiju. Jake has since abandoned his training only to become caught up in a criminal underworld. But when an even more unstoppable threat is unleashed to tear through our cities and bring the world to its knees, he is given one last chance to live up to his father’s legacy by his estranged sister, Mako Mori, who is leading a brave new generation of pilots that have grown up in the shadow of war.

I’m pretty sure I’ve heard about something like that somewhere before, to be honest. I’ll give very little into the originality category, so I went into the movie not giving too much mind to the plot, at least not as much as the action, and that’s probably why I enjoyed the film so much! Plot holes abound as well and if you’re the type to nitpick everything, alas just turn around and catch something else. After a long day at work, you want to just relax and enjoy, and this is the perfect film for you to watch this weekend! It’s a turn your brain off type of film and honestly, I think it wouldn’t have worked out any other way.

But let’s not dilly dally and get straight to the point, we KNOW that we’re gonna watch it right? I mean, it’s Pacific Rim, THE Hollywood blockbuster that made giant robots cool again! If you’re looking for action, then you’ve definitely come to the right place with Uprising. Remember the word I used earlier, “Glorious”? That’s the perfect way to put the action scenes in this movie. The fight scenes are engrossing and are exciting, you feel every punch and kick and hit on Kaiju’s and Jaegers alike. The new Jaegers are, in a word, awesome. Not as awesome as the 3 handed Jaeger from the first film, but Uprising has enough cool factor to hold its own and props to the design team because this batch of Jaegers look absolutely stunning, from Saber Athena to Bracer Phoenix, they certainly look as cool as they sound. Watch our for the toy line coming out for this batch of Jaegers, these will sell out for sure!

All in all, Pacific Rim Uprising is a fantastic and entertaining watch. It won’t win any awards in plot and story, really no surprises here, but the action and fight scenes are absolutely bonkers, enough to merit a rewatch just for that alone! The new Jaegers are awesome, with Saber Athena being a personal favorite. The film will certainly bring out the inner kid in you and feel free to enjoy the whole 2 hours and 12 minutes because you’ll definitely want to bash some Kaiju right after the film!

It’s time to RISE UP as Pacific Rim Uprising opens in cinemas nationwide on March 31, only from Columbia Pictures and United International Pictures! 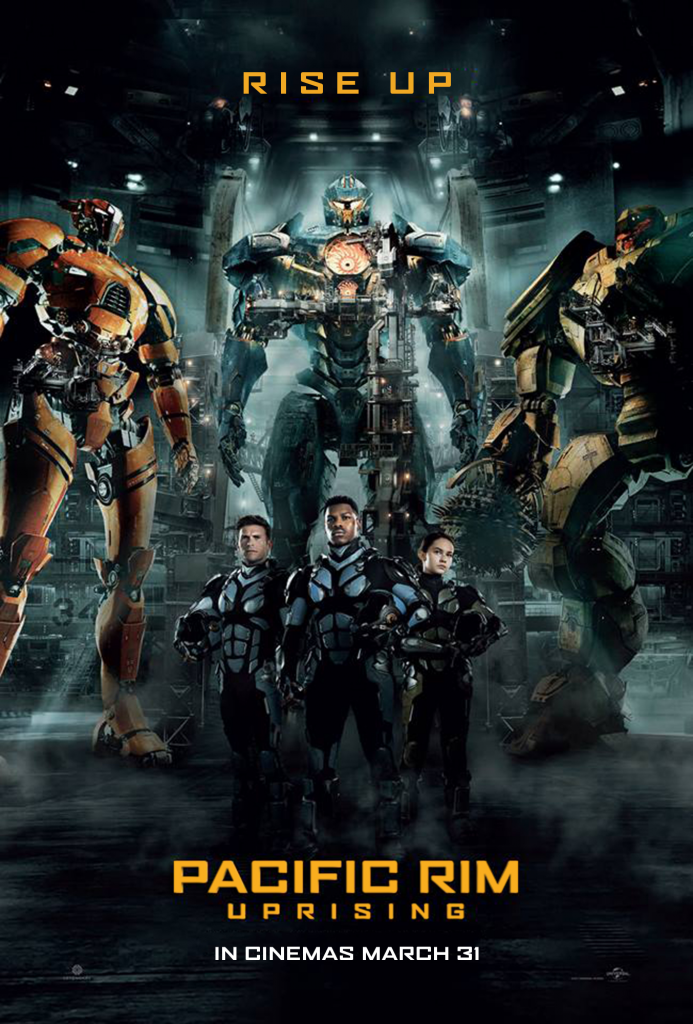 - Advertisement -
Previous article
High 5! The Zenfone 5 has arrived in the Philippines!
Next article
5 Things to Look Forward to in FAR CRY 5! | Interview with Drew Holmes