20 years is long enough as Spyro makes a comeback this September with the Reignited Trilogy!

Hyped for this? Shows your age! 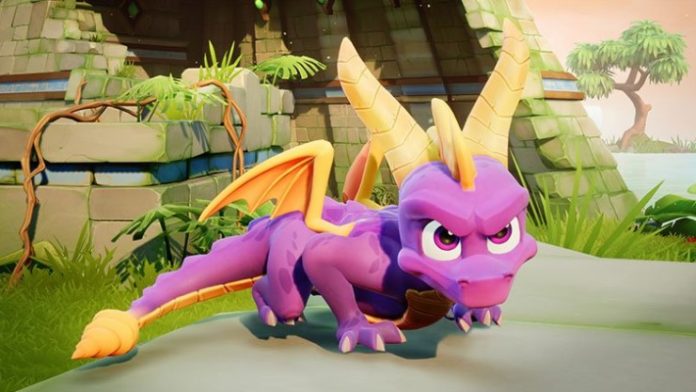 Around 20 years ago, gamers were treated to this little known game called Spyro, which would move on to be one of the most beloved and successful platformers of that era. The Spyro franchise spawned a total of 3 games which was positively received by the Playstation faithful and fast forward to 2018, across teasers and leaks galore, we finally have confirmation that Spyro will make his long awaited appearance with Spyro Reignited Trilogy!

Come September 21, we get to witness Spyro gliding to new heights, unleashing fire-breathing attacks, and exploring lush environments in HD graphical glory on the PS4 and the Xbox One! As this is a remaster, expect the graphics to be as sweet as eye candy and you not only get one but ALL THREE SPYRO GAMES, from Spyro the Dragon, Spyro 2: Ripto’s Rage, and Spyro: Year of the Dragon.

In celebration of Spyro’s 20th anniversary, as a very cool easter egg, Crash Bandicoot™ N. Sane Trilogy players in Europe, Australia and Latin America on PlayStation 4 can enter the iconic code (↑ ↑ ↓ ↓ ← → ← → square) into their controllers in the Crash Bandicoot™ 3: Warped title screen to watch the Spyro Reignited Trilogy trailer! From bandicoot to dragon, high five!

Spyro Reignited Trilogy will be available on September 21 for the Playstation and the Xbox from Activision!

- Advertisement -
Previous article
A big Playstation exclusive gets his homecoming as we have tons of details on the Spider-Man game releasing this 2018!
Next article
One of the best RPG games makes its way to consoles as Divinity: Original Sin 2 is set to make a splash this August!