7 things that surprised us during the OPPO F7 Launch

Did they announce anything new last night? OPPO! 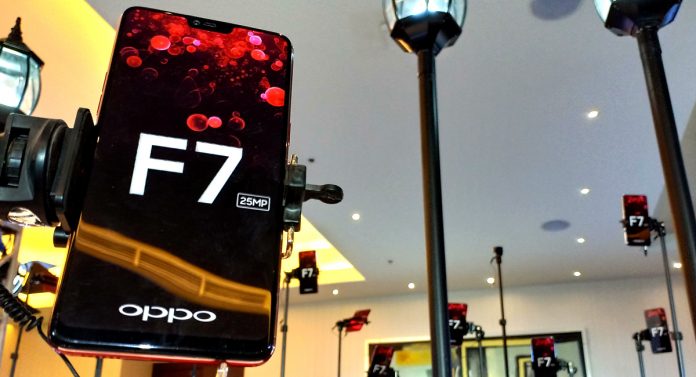 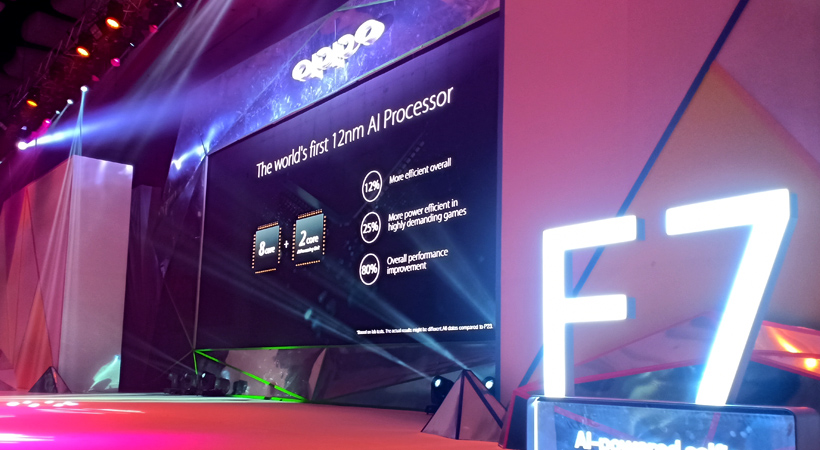 OPPO F7 is the first smartphone to utilize a chipset built on a 12nano-meters FINFet process. This means that you get more cores, improved power optimization, and a chipset that’s built to power through more Ai applications. Essentially, the MediaTek Helio P60‘s performance is a massive jump from last year’s P30 — the chip used by the F5. 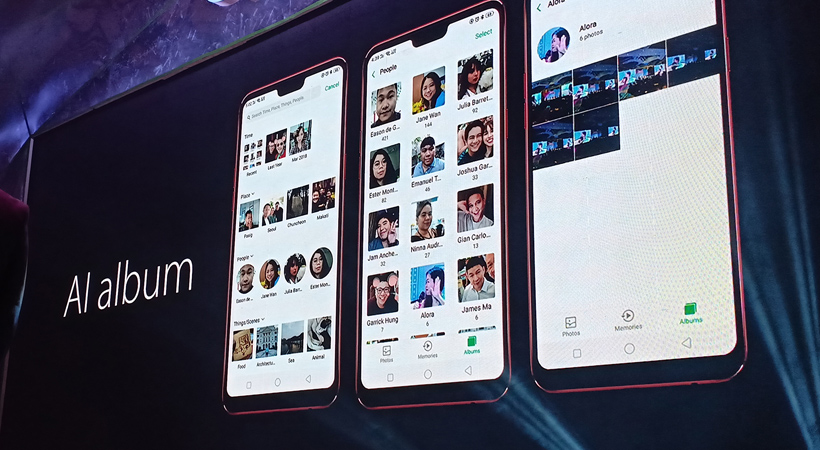 Apparently OPPO F7 is the first smartphone to utilize a 25-megapixel front-facing camera. Combine this with their Sony IMX576 Sensor and you’ve got yourself one powerful selfie shooter. 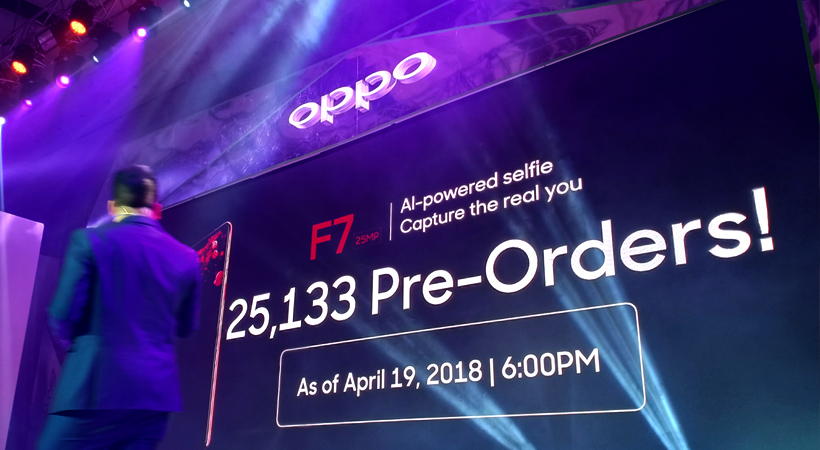 As of 6:00pm yesterday, Pre-orders of the OPPO F7 have been through the roof! With 25, 113 pre-orders, people are really clamoring for the latest from the Selfie Experts.

4. It comes in black. Diamond black. 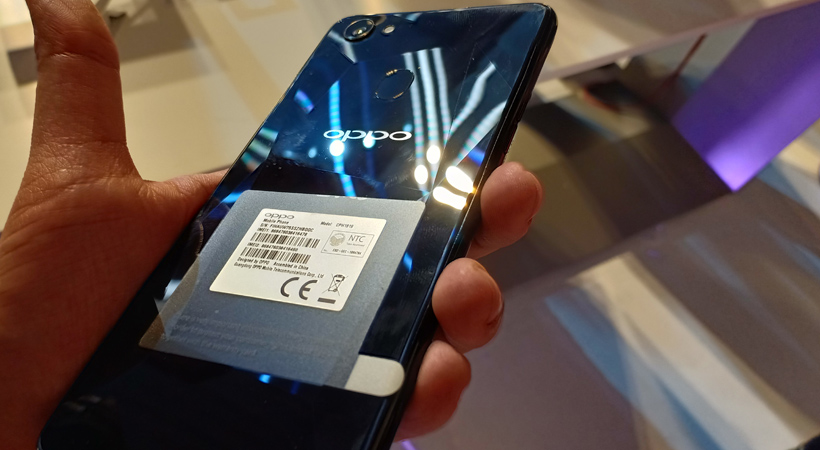 Pure lux and totally unexpected! OPPO already announced the official colorways of the the F7 in Solar Red and Moonlight Silver — both are totally beautiful in their own right. And then they dropped the bomb last night with the announcement of the Diamond Black. I thought it would be any other plain Jane black phone — boy, was I wrong! 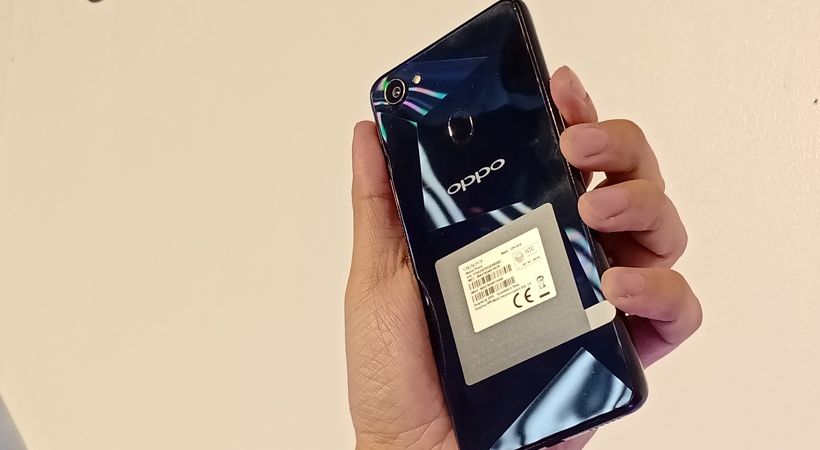 The Diamond Black shows what appears to be sharp grooves and cuts (ala diamond) that shimmer differently when hit by light at varying angles. What’s impressive, though, is that the back of the phone isn’t really cut that way. It’s actually flat glossy still. The design is under the polished acrylic so you have a phone that’s still buttery-smooth to touch with an edgy yet elegant design. O_O And I thought the red one was fire, the diamond black is lit af! 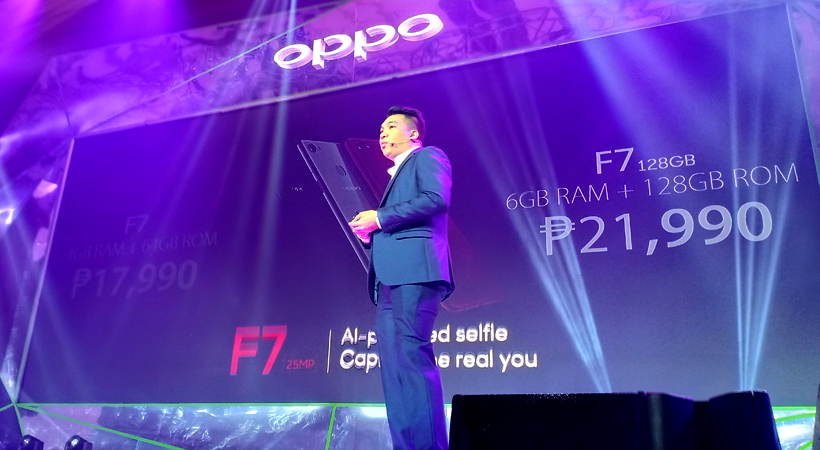 Yup! For those wanting more out of their OPPO F7, the smartphone has a more muscle-headed version adding more RAM and ROM to the mix. This powerhouse is still housed in a 6.23″ display phone and pretty much carries over everything that we love about the OG OPPO F7.

6. We had waaay too much fun for a tech launch and it’s partly due to the phone itself! 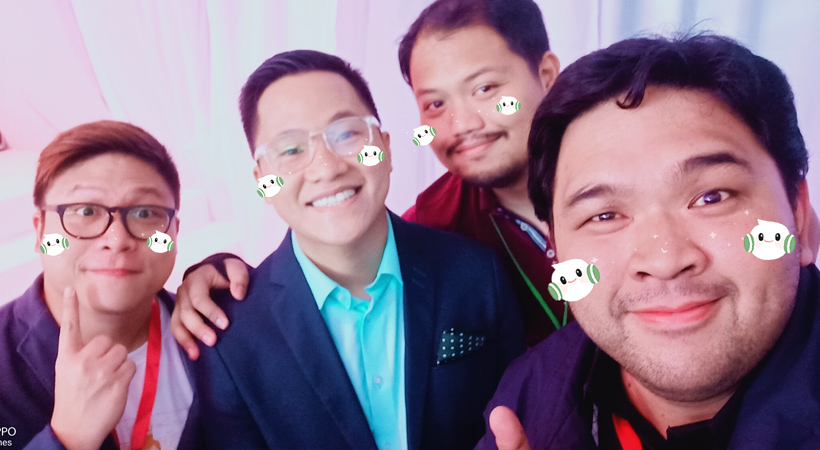 While the launch of the OPPO F7 was nothing short of phenomenal what with celebrities gracing the stage, the event being held in a really prestigious event and food was top-notched, the side activities was where we spent majority of the time just taking soo many photos using the OPPO F7. 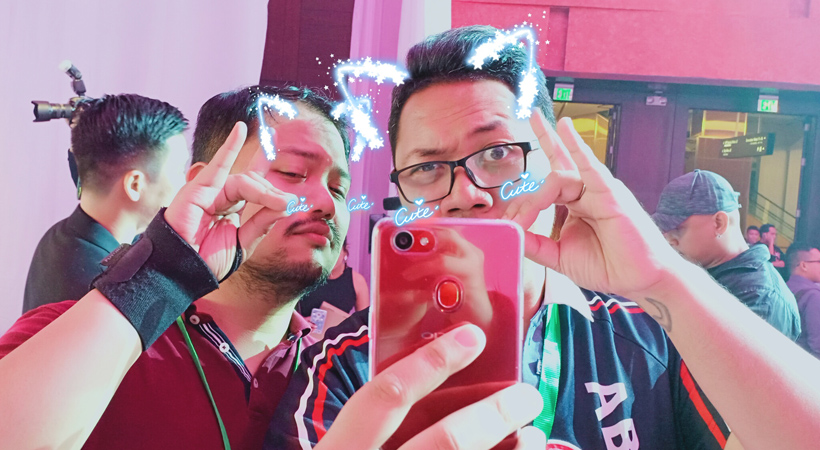 From playing with the phone’s stickers to playing around with various sets displayed throughout the venue, we realized we were having waaaay too much when you have more photos of yourselves goofing off than photos of the actual units on display that night. 😀

7. The OPPO F7 arrives in stores on April 21 (while the Black Diamond drops on the 28th of April). 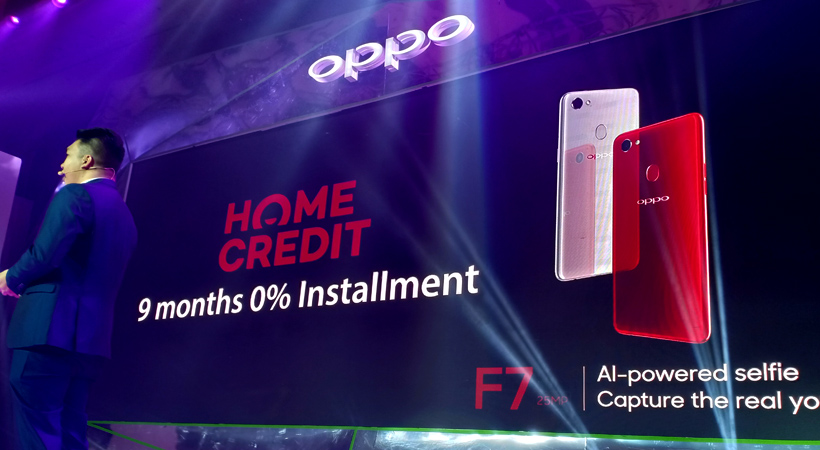 - Advertisement -
Previous articleTime to cut loose! A New Trailer for Live-Action BLEACH is out!
Next articleBinge-Watching Weekends! Watch these without consuming your mobile data cap via Smart, TNT and SUN Prepaid Plans.