A big Playstation exclusive gets his homecoming as we have tons of details on the Spider-Man game releasing this 2018!

Swinging by to take your money!

We knew he was coming, we just didn’t know when! Now, Insomniac Games and Sony have pulled the lid on their big secret and come September, your friendly neighborhood web slinger is coming in to wreak havoc on your PS4 and your wallet as we are treated to details about the release date, the Deluxe and Collectors editions AND a gameplay video! Read on!

Save the date, September 7 is the day to mark on your calendar / file your vacation leave / any excuse you can think of as one of the big exclusives for the Sony Playstation 4 is hitting home! Marvel’s Spider-Man will be available at via physical and digital versions and as a trend from games for a while now, expect some special editions and if you’re wondering, we’ve got you covered on that front too! 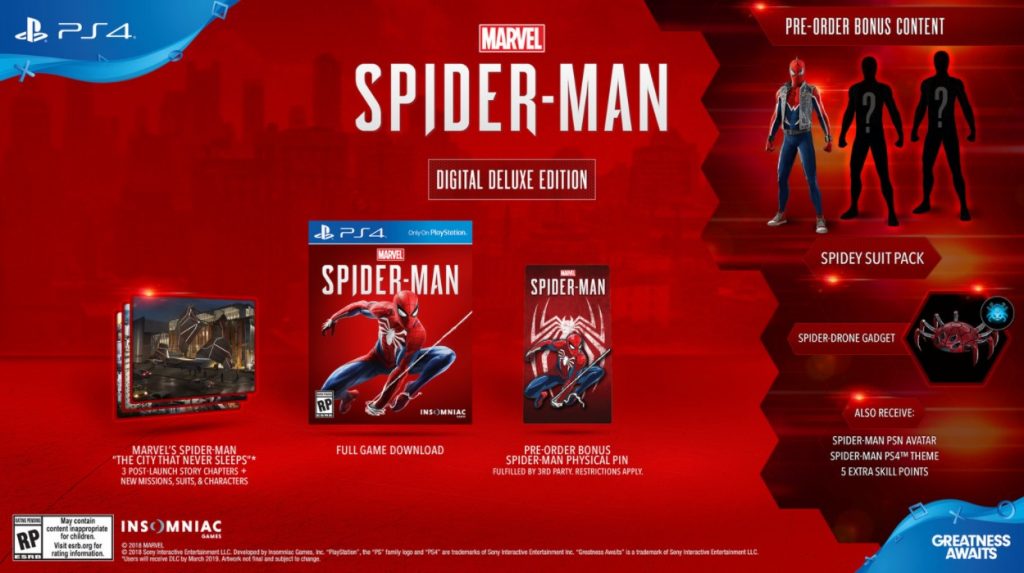 The Digital Deluxe edition of the game will include a copy of the game as well as new story chapters with our post-launch DLC series, The City That Never Sleeps, which includes new missions, new villains and characters, and additional suits for Spider-Man. If you happen to pre-order the Digital Deluxe edition, you will also receive by mail a limited edition collectible pin (only available to residents of US and Canada) featuring Spider-Man as he appears on the cover art for the game. Hey Playstation Asia, we need this too, ok? 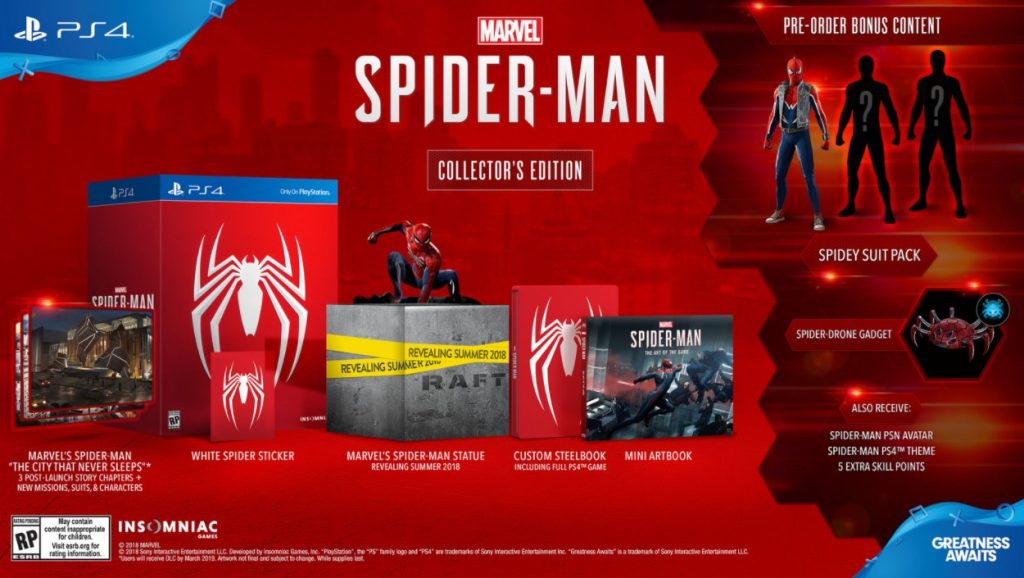 For true believers (and collectors) the Collector’s Edition includes all of the digital content from the Digital Deluxe Edition, as well as a Steelbook case featuring the iconic white spider, Mini Artbook from Titan Books, and an awesome Marvel’s Spider-Man statue by Gentle Giant! The whole statue has not been revealed yet as it may contain some spoilers for the game so stay tuned!

If this is not enough for you to get hyped for this amazing exclusive for the PS4, well then how about some exclusive gameplay footage from Game Informer? Check it out below!

A couple of more details that have been confirmed would be a Spider-Man noire outfit, NO MICROTRANSACTIONS (YAY), ability to play as Mary Jane / Peter Parker, photo mode, and 30fps locked frame rate.

Any way you put it, Spider-Man for the Sony Playstation 4 is looking to be a hit game and September couldn’t come any sooner! Watch out for more news as 2018 for the Playstation is gonna be huge!

- Advertisement -
Previous articleOPPO’s Best Shooter Yet! Our initial thoughts on the OPPO F7!
Next article20 years is long enough as Spyro makes a comeback this September with the Reignited Trilogy!