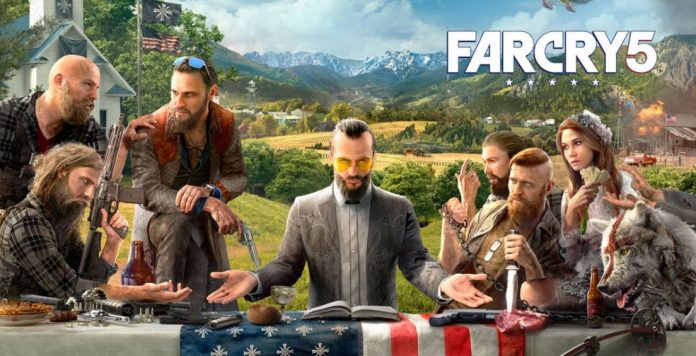 You’ve played one Far Cry, you’ve played ’em all. While it is true to some extent, with the core gameplay being the same, Far Cry 5 somehow feels… different. It’s still the same shooter we’ve come to know and love, but small upgrades here and there add up to give us a Far Cry that sheds some dead weight and one that has seemingly risen from the ashes to a form that can arguably stand up to Far Cry 3, which is widely believed to be the best in the series. Just how good is this latest installment? Check out our review!

Before diving in, Far Cry 5 feels very… modern, very relatable. The premise of 5 is that of one family, the Seed’s, in their quest to “cleanse” the sinners and become the ark that leads their followers to salvation. At the middle of it all, their leader, Joseph Seed, has established his congregation called Eden’s Gate to bring Hope County to its knees in service of the cult. Many jokes can be made of this, pointing to a lot of those doomsday evangelists that travel around in luxury, but we’re not here to dabble in that, instead we’re here to let you know what’s new in 5 that somehow breaks the tired formula of the series.

The easiest way to somehow tell a newbie what Far Cry is is that it’s probably a first person Assassins Creed. If you’re not too familiar with the Assassins Creed series, well then it’s an open world game wherein you perform a number of set objectives that spread your influence across the world map, culminating in a final showdown with the boss that you would not have been able to meet / fight otherwise. It’s a typical open world formula, and with Far Cry having around 7 games under it’s belt already, it would be understandable to think that 5 would not be any different. You, my friend, are mistaken, but that’s alright because I thought of the same thing too and boy was I wrong.

There is no lack of shooting here, that’s for sure. I’ve honestly spent half the time in the red because I’ve always had to fight off something on my way to my next waypoint. I say something because your enemies here are not limited to the fanatical cult, but wildlife as well. Bears, cougars, killer skunks, the wildlife is deadly and I can tell you that I’ve died more than once just because I couldn’t find the cougar that was attacking me in time. “But this isn’t… new?” This is where your sidekicks come in. You can hire help in the form of “liberated” citizens that will assist you in battle and a nice touch to these guys is that they have “skills” that make certain citizens better than the other depending on how you play and this alone lends itself to making the battles feel more strategic rather than just going rambo on everything.

You can also hire specialists, personalities who play a role in the story that are like souped up sidekicks. You’ll be able to squad up with animals or humans that will help you along the way, adding a layer of depth to the combat component that feels great and not just a tacked on feature. Want to stealth your way to victory? Take on Peaches and Jess as your specialists and see enemies fall one by one thanks to skills like silent takedowns and harder detection. Blow everything up? Take Nick and Hurk and leave it to them to bring the fireworks in the form of rockets and bombs. There are 9 to choose from and you’ll be sure to find a combination that suits your playstyle, breathing in life to a tried and tested combat system.

Crafting is also “new” in Far Cry 5 in the sense that you have less items to craft. Trust me, that’s a good thing in this context. Previous games forces you to collect and craft stuff repeatedly to get better upgrades (coughprimalcough) but in 5, all your upgrades are locked behind collecting “perks”, which you can get by completing challenges (get X kills using the rifle, get X kills using the shotgun, etc). It’s not a new system by any means, but it works very well in 5, allowing you to get creative with your kills and forcing you to use your whole arsenal to get those perks for that next upgrade.

Upgrades are not pushovers, and you will definitely want to upgrade as often as possible as the skills they provide are veritable game changers. Some upgrades include allowing you to equip 2 specialists instead of 1, carry 3 weapons instead of 2, carry more ammo, get more health, so on and so forth. You see the cycle of things here? Complete challenges -> collect perks -> upgrade. It’s a simple system, but it’s something that allows players to play the way they want to if only because you’ll want to unlock as many upgrades as you can.

All things considered, playing through the actual content is simply fun. The map organically unravels as you explore and talk to citizens you save, with them pointing you to the location of that next outpost that you need to free or that side mission you’ll need to complete to open up more parts of the map. It feels like actual exploration and you get more points of interest as you collect information, just like how it would normally be in real life. The map is divided into 3 main areas, with each area having a TON of things to do and blow up into pieces. You liberate outposts and blow up key structures and roaming patrols just like before, there is no lack of things to do in Far Cry 5 and each objective is strategically placed so that you won’t have to travel too far to reach the next one. On my way to the next story mission, I’m always sidetracked because I cannot count how many times I’ve checked the map and said “oh this is pretty close by, I’ll swing by this outpost / objective / hunting spot”. If anything, I wish that the AI was a bit smarter, but it’s a minor gripe and something that you’ll overlook once you get into the groove of things.

There is some sort of character customization feature that allows you to change some key features of your character (hair, face, gender, etc). It didn’t really make sense to add more since the game is in first person 99% of the time so that’s cool. What you can do is change outfits to one of the many options provided that is purely cosmetic. It’s a nice touch that I can honestly live without but it’s just nice to see that the option for that is present. 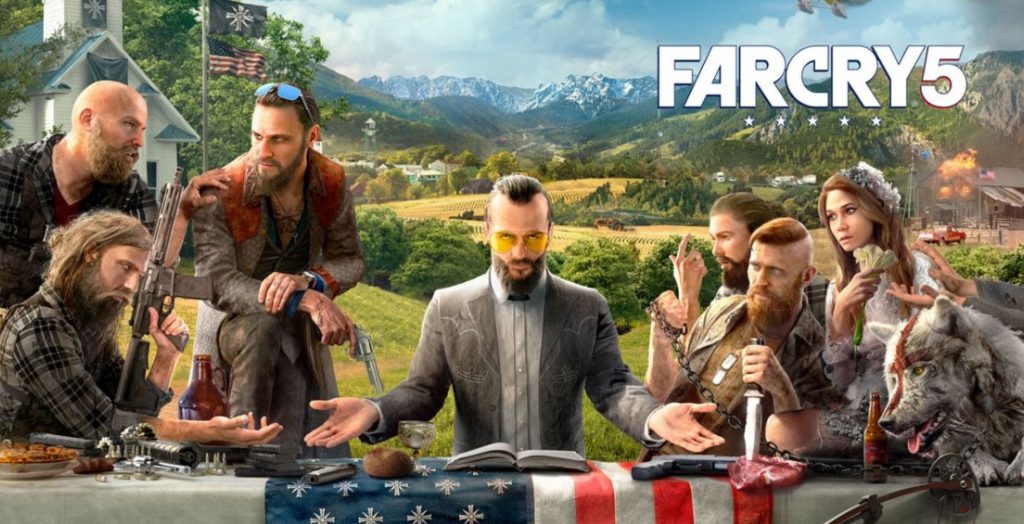 Far Cry 5 is a visual treat but, more than that, it takes the old tried-and-true formula that these types of open world games often have and presents it in a refreshing new light with some fantastic quality of life upgrades. While it is true when some say that when “you play a Ubisoft game, you’ve played ’em all”, Far Cry 5 has some tricks up its sleeve that will make the experience interesting enough. Honestly, Far Cry could really pass for a first person Assassins Creed, and you know what, that’s not such a bad thing because Origins was awesome! I’ll still probably give Far Cry 3 the title of best Far Cry game but 5 is easily up there along with it, so head on over to your nearest retailer because Montana needs saving!

Far Cry 5 is out now for the Sony Playstation 4, Xbox One, and PC!

*The review was done on the PC version from a review copy provided by the publisher.

Far Cry 5 is a game that makes it worth your while to play. In between the enormous amount of missions and things to do is a game that, at its core, is fun to play, which by all means is not an easy thing to do at this day and age. Far Cry 5 Review | Damn those skunks!