From SG to PH, the hype for Avengers: Infinity War is too real!

the hype is definitely real! 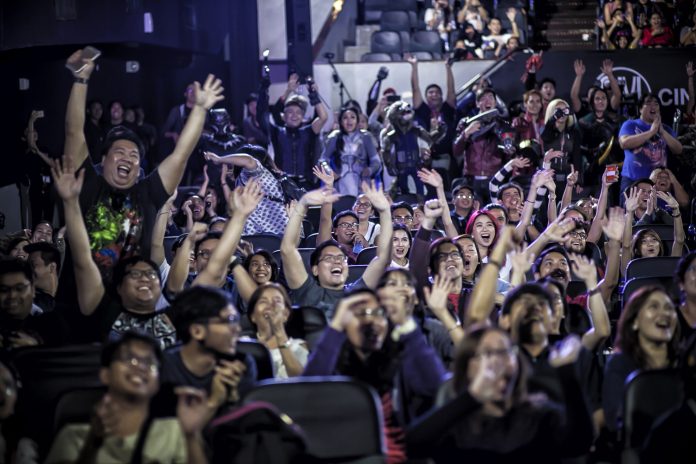 We are around a little over a week before the biggest movie event of 2018. A culmination of 10 years of storytelling and cinematic masterpieces have come down to this, the final showdown with Thanos and the Black Order to decide the fate of the galaxy. Avengers: Infinity War has a battlycry to assemble, and 2 locales did just that as Singapore and the Philippines had 2 events that definitely brought a new meaning to the word!

Over at Singapore, the Ungeek team participated in a media session to remember. Gracing the scene was Robert Downey Jr., Karen Gillan, Benedict Cumberbatch, Joe Russo, and Trinh Tran as they answered question after question from the adoring media. As with the Russo mandate that Thanos demands our silence, the cast were careful to spill out any details from the film, declaring that this film is a culmination of 10 years of hardwork that everybody must respect and look forward to and as fans themselves, they’re excited as well so with a little over a week left before the big day, patience really is a virtue!

Meanwhile in Manila, fans and cosplayers went out in full force as they answered an open call to assemble, ready to take part in what was supposedly a special video recording of a message for the cast of Marvel Studios’ Avengers: Infinity War. Things are not always what they seem to be and as soon as the fans shouted their line, “Avengers, we are ready for you!,” the movie screen lit up to reveal a live, digital feed from Singapore of Cumberbatch, Gillan and Russo greeting back the Filipino fans!

Karen Gillan, Benedict Cumberbatch, and Joe Russo have a very special message to all of the fans of the Avengers here in the Philippines! Catch Avengers: Infinity War on April 25 only from Marvel!#AvengersPH #AvengersSG #InfinityWar

Over the course of the next few minutes, a few questions and answers from the trio ensued and before the event ended, they left a heartwarming message to all the Filipino fans and who knows, maybe in the future the next event could be held here! It was definitely a good weekend to be a fan and come April 25, the call is to assemble over at your favorite movie theaters to witness the biggest movie event of 2018 in Avengers: Infinity War!