One of the best RPG games makes its way to consoles as Divinity: Original Sin 2 is set to make a splash this August! 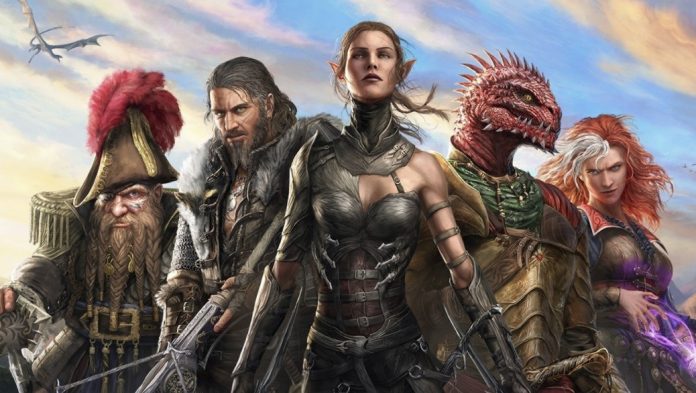 If I had told you that an RPG not named Final Fantasy, Persona, Dragon Quest, or any of the more well known titles was one of the best RPG’s ever made, surely you would have called me crazy! Hey, if you love RPG’s and have not heard of the masterpiece that was Divinity: Original Sin, well then… Ok I won’t judge you. It’s time to embrace the greatness of the series as the second game, which is equally or even more amazing than the first, is making its way to consoles! Check out the announcement trailer for Divinity: Original Sin 2!

Bandai Namco today announced that Divinity: Original Sin 2, the award-winning, BAFTA nominated role-playing-game (RPG) from Larian Studios is coming to the Sony Playstation 4 and Xbox One in August 2018. Following the game’s incredible success in 2017 as Metacritic’s highest scoring PC game; Divinity 2 will take players on an adventure that will have them literally go anywhere and do anything in one of the deepest RPG worlds ever created.

Divinity features six unique origin characters with full-fledged backstories, personalities, and questlines, and console players diving into the world of Divinity for the first time will enjoy a user interface tailored for console play in both four-player online co-op and two-player split-screen co-op modes. The first Divinity game for the PS4 was a wonderful port from the PC title so there’s very little reason to believe that Divinity 2 won’t be any better.

- Advertisement -
Previous article20 years is long enough as Spyro makes a comeback this September with the Reignited Trilogy!
Next articleWe definitely saw this one coming! Check out our Persona 5 anime first episode impressions!