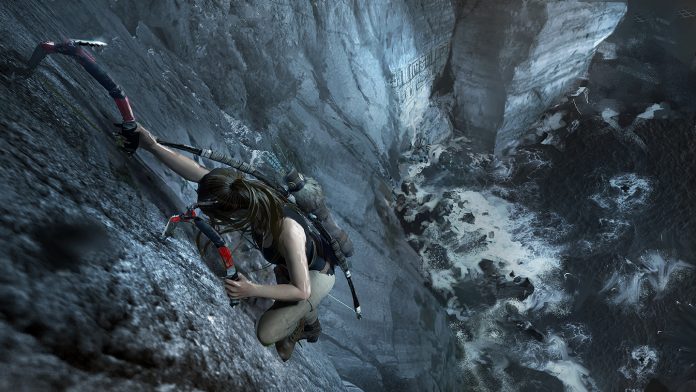 Lara’s back! A little bruised, a little beaten, but more menacing than ever. In Shadow of the Tomb Raider, Lara Croft will be thrust in adventure where she has to make the most of her surroundings. Surviving in the deepest jungles with only her wit and skills, she will be forged into the Tomb Raider she is destined to be – and save the world, as well. 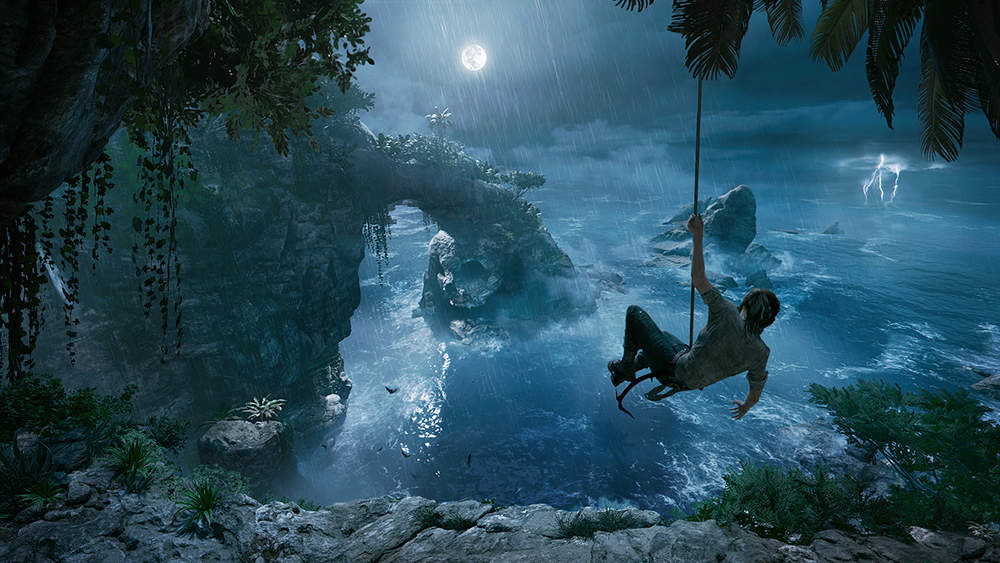 To honor her return, the original voice actress for the rebooted role in Rise of the Tomb Raider, Camilla Luddington, is set to lend the voice for Lara Croft once again. Hear her render Lara’s grittier side in this thrilling new trailer:

According to the press notes, Shadow of the Tomb Raider allows you to utilize the jungle to win over your opponents. Be one with the jungle as your prowl your enemies striking suddenly out of the shadows. Use mud as camo, instill fear and watch them fight amongst themselves.

There will be treacherous terrain to navigate as well including underwater environments like deep tunnels and secret passages. Use as many advanced techniques as you can muster to solve puzzles and get out of various tombs and burial chambers and at the end of the day, you should prevent a Mayan apocalypse from happening. Sounds easy, no?

Shadow of the Tomb Raider will come in Standard, a “Croft Edition” and of course the Ultimate Edition Pack. 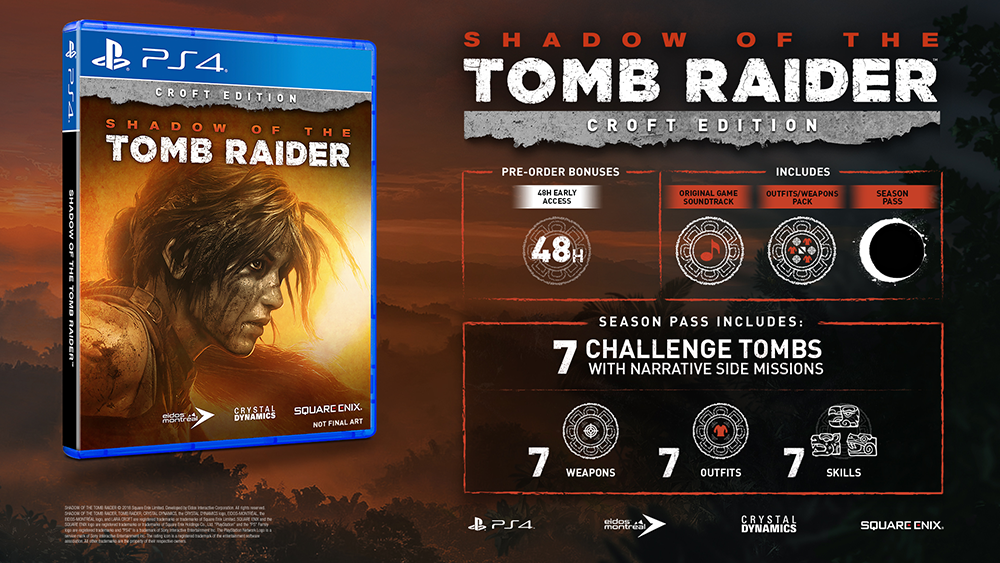 If you pre-order, you’ll also gain access to the game 48 hours before the actual release date! Oh, plus there’s a season pass! 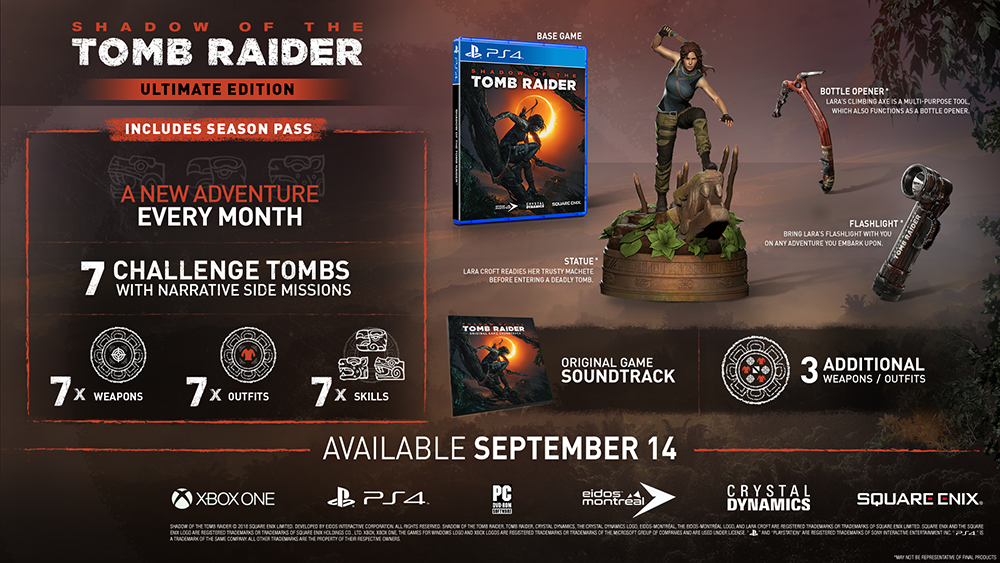 The Ultimate Edition is a pretty interesting pick. Aside from an amazing statue, you’ll also get her climbing axe (miniature of course) — as a bottle opener and an actual working flashlight.

“Thanks to their incredible expertise, knowledge of the franchise and outstanding creativity, Eidos-Montréal, in collaboration with Crystal Dynamics, is delivering a powerful experience with Shadow of the Tomb Raider,” said Yosuke Matsuda, president and representative director of Square Enix Holdings Co., Ltd. “Shadow of the Tomb Raider will take the series to new heights and Lara Croft to new depths.”

As of press writing, Philippine pricing has yet to be revealed but we do have a release date: September 14, 2018 and will be available for the Sony PlayStation 4 & Pro system, Xbox One family of Devices including Xbox One X, and Windows PC/ Steam. Digital Pre-orders will open on May 1, 2018 for South East Asia Region.

- Advertisement -
Previous article
Yeah, ‘BOY’! The God of War got a cutesy makeover with this Nendoroid Kratos!
Next article
Throw that clunky camera away! The P20 and P20 Pro is here! Check out the formal launch!