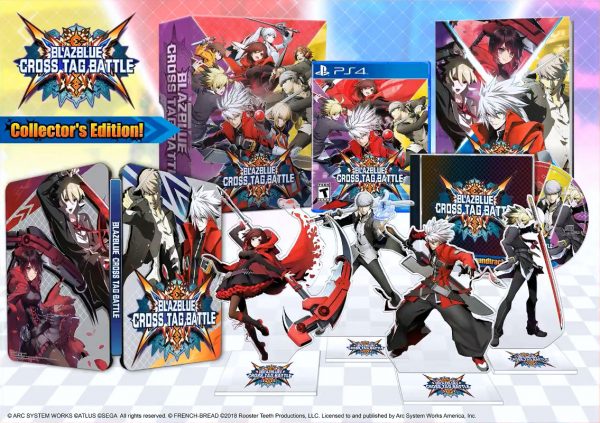 Here’s what you’ll get with the shiny collectors edition:

Additionally, for those who Pre-order the standard and Collector’s editions of BlazBlue: Cross Tag Battle, it will include a mini soundtrack containing 7 more tacks.

BlazBlue: Cross Tag Battle will be out for the PlayStation 4, Switch, and PC on May 31 in Japan and Asia, then in North America on June 5.