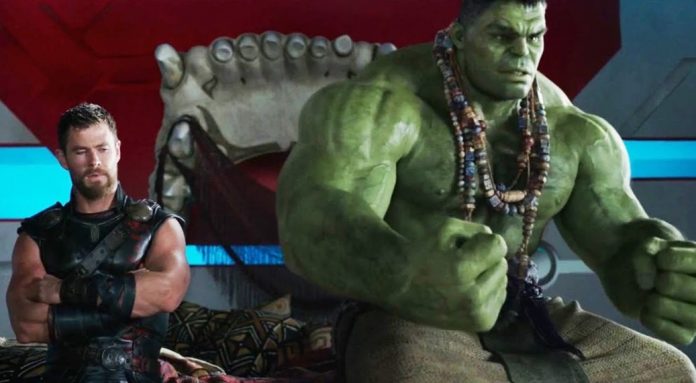 We’re pretty sure you’ve already seen Avengers: Infinity War, right? I mean, it’s only THE BIGGEST movie spectacle this 2018, already shattering box office records left and right just after its first weekend. If you haven’t, well then we urge you to do, because not only does Thanos demand silence from spoilers, he also demands you to catch the film in theaters asap!

With so many of these big name stars all gathered in the film, did you ever think about what they feel meeting some of their colleagues? I mean, do you think Robert Downey Jr. is a fan of Benedict Cumberbatch as well? Or maybe Scarlet Johansson admires Elizabeth Olsen’s hair or something? Well Chris Hemsworth and Mark Ruffalo share their thoughts on working with fellow superheroes on the set of Avengers: Infinity War!

Chris Hemsworth’s Thor had never worked with the Guardians of the Galaxy before, so when he was told his character would be sharing screen time with them in Avengers: Infinity War, he got really excited. “To stand there amongst the Guardians was a bit of fan boy moment for me,” says Hemsworth. “It was also kind of nerve wracking as I felt strangely uncomfortable and wondered how I fit into this puzzle. It was great. We were able to improvise a bit and play around with that. It brought out the unique qualities in all of our characters purely from just having someone different involved.”

In Infinity War, the Guardians pick up Thor as they are flying through space, in a scene that is as funny as it is exciting. If it all feels organic, it’s because it was designed that way. “There was no rehearsing,” reveals Hemsworth. “We turned up, shook hands, introduced one another, and started shooting. It needed to be that way because that’s how it was for the characters. So if it can kind of blend into one another in that sense then it’s a huge benefit. There seems to be far less ego in a setting like this than you’d imagine… That was so much fun to play, because a lot of us came into this film as big a fans of each other’s franchises.”

“I’d never done anything with Anthony Mackie [Sam Wilson/Falcon] or Chadwick Boseman
[T’Challa/Black Panther], and some other people that I really admire,” says Ruffalo. “It’s exciting when I look around at the talent of the actors and where they come from to be put into this world and work with the resources that we have. There is an enormous amount of talent here in every department from all over the world. Then when I see the racial diversity that’s really honest and fully expressed, I think there’s hope for the world.”

For Ruffalo, how the MCU family has expanded and diversified is an ideal example for how the real world should be. “This is modern mythology,” he says. “These movies tell us in some way how we’re supposed to be in the world. They reflect more of where we are culturally than any political ideology. I see that happening in front of me every single day with people working together beautifully in this completely creative, imaginative sense. It’s just the best of the best all around you. And that is a marvel to me.”