Super Robot Wars X Review | Your favorite super robots are back in action, this time in English

In all it's glory! 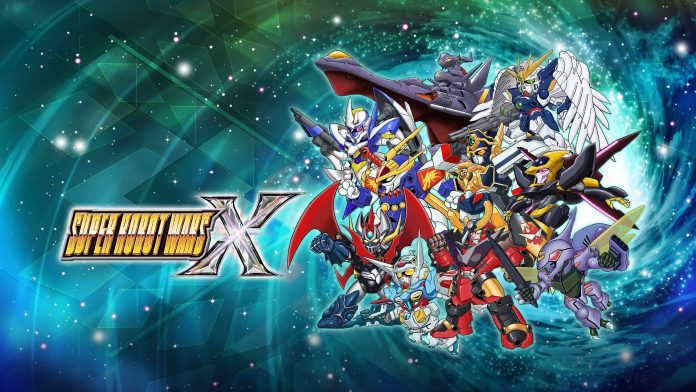 The Super Robot Wars series has been around for as long as I can remember. For the uninitiated, Super Robot Wars is basically a coming together of different robot anime mechas, like the various Gundam mobile suits or Super Robots like Mazinger Z, duking it out against a common enemy and sometimes against villains from the mechas’ respective series. Sounds great, right? The problem was that since forever, the Super Robot Wars (SRW) series has never been released outside Japan due to licensing issues, hence the familiarity of the game being not too widespread. Fortunately, the SRW Original Generations has made appearances in the west so we’ve been able to get a taste of the action that the series can provide. Well, good news has come as the latest SRW in the series has been released in Asia with English text, retaining the Japanese voices even! We’ve played it, so join us as we go through our review of Super Robot Wars X for the Playstation 4!

Plot? What plot? Oh THAT plot. 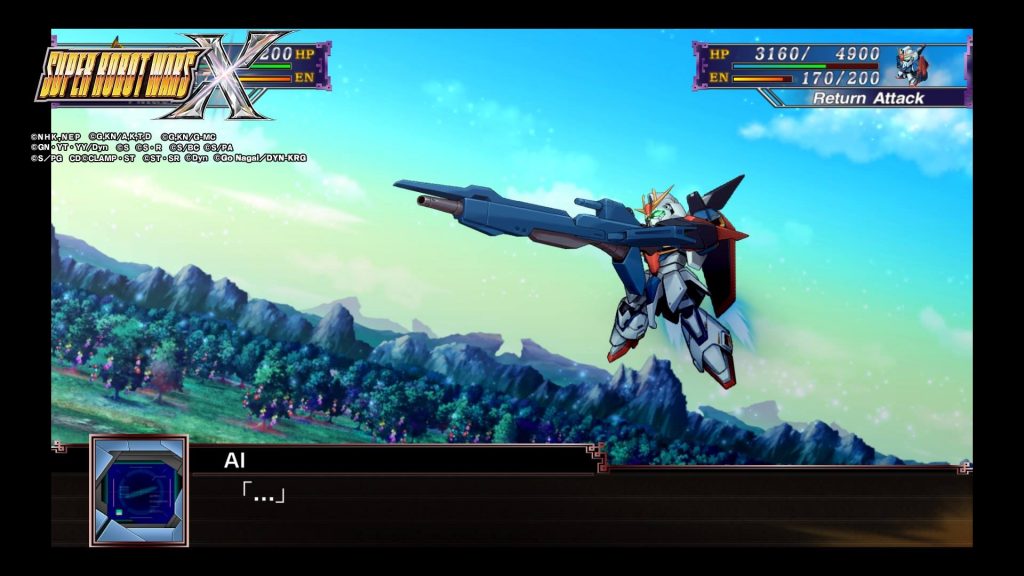 Story in the Super Robot Wars series, as a whole, is really nothing to write home about. They’re very simple and straightforward and just there to bring all the different robot anime series together and here it’s no different. You might get lost sometimes in the plot especially if you’re not familiar with the super robots featured here, but fortunately, the game will provide you with brief explanations whenever key terms or events are mentioned. Fans of the game, and of super robots in general, will love seeing they’re favorite robots battle the bad guys and this is really enough “plot” for them. Story driver gamers might have to look elsewhere.

You will be going through mountains of text in between fights so if you don’t have the patience for it you can simply fast forward or skip them. On the other hand, if you’ve reached points in the game where a certain series you’ve watched is finally highlighted, you’ll tend to sit through the dialogue as you are reunited with characters you’ve grown to love, a part of the game that I would highly recommend being a huge mecha / super robot fan myself! Perfect example was the time when I saw the Gurren-Lagann as that was a favorite robot anime series of mine, it immediately brought back memories of watching the anime. (Short plug but really Gurren-Lagann is an AWESOME anime! Go check it out if you haven’t!)

I’ll defeat you in 3 moves. Take this! 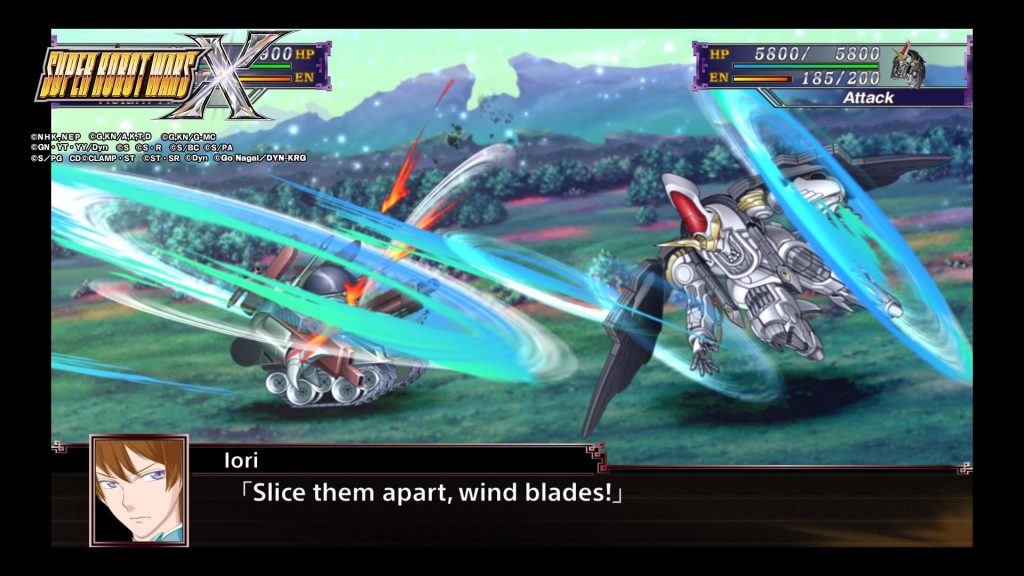 If you’ve played tactical RPGs like Final Fantasy Tactics or Disgaea then you’ll feel right at home here in Super Robot Wars X. Your robot army and enemies are all placed in a large grid playing field and you take turns moving them around and performing various actions like attacking or providing support. Each robot is armed with different weapons varying in attack power and range and it’s up to you to decide the best moves and positions. Also during battles after finishing your attack your enemy may also launch a return attack if you’re within range. If certain conditions are met other characters in your team can provide support. Luck also plays a role since all your attacks have a corresponding percentage to succeed so depending on the chances your and your enemies’ attacks may hit or miss. As you can see, this is a LOT to take in but don’t worry as the game is paced well enough to provide you with certain tutorials as you move along. During a battle, there is a LOT of things to consider, so more often than not, you’ll be taking your time analyzing good approaches, which is great for lovers of tactical RPG’s.

One thing that the game provides is a fair amount of challenge, even on normal difficulty. Missions aren’t pushovers as each has certain conditions for victory and defeat. It’s especially a bit challenging in the early stages where you get conditions that just having one of your members getting defeated will mean Game Over. If you want to challenge yourself even further there are special conditions, like defeating a certain enemy in a set number of turns, which will merit you extra rewards! One thing the game does is that it rarely allows you to plow through a level, as you will almost always find yourself focusing on unit placement, support, and other mechanics if you want to win the battle, thus reinforcing the tactical aspect of the title. In between that and the game’s 50 missions, You’ll definitely need all the tactics and planning you can muster.

As you progress you will earn experience points and funds that will go to levelling up your mecha army. This is done in Intermissions where you have the option to level up and equip items. The intermission also has a vault feature where you can brush up on the information and background of the robots and pilots in your army if you want to know them better. This is especially true if you have robots in your army whose anime series you haven’t seen yet and a good touch for those who want to learn more about a specific super robot.

Fans of any of the robot anime featured in Super Robot Wars X won’t be disappointed as your favorite mechas are faithfully represented. The graphics on the playing field are nothing groundbreaking, and they don’t need to be, but it’s when a battle animation starts that things get flashy and awesome! It’s great seeing your favorite mecha charge and unleash its trademark attack with matching sound and effects to go with it but seeing this over and over again throughout the missions and it might get a little bit repetitive, so if you want to speed things up a bit there’s an option to skip the animations. If you don’t mind though, then seeing these animated special attacks are simply eye candy.

In terms of sounds the game also delivers. It’s especially great that the Japanese voices were retained because it’s just a great rush hearing the pilots deliver their lines similar to the anime, which gives that extra added feel for any anime fan out there. Like any Super Robot Wars game, the theme music of each mecha is there and it adds to the excitement to hear it play when a battle animation starts. I tell you, this game was a visual and aural nostalgia trip to say the least! 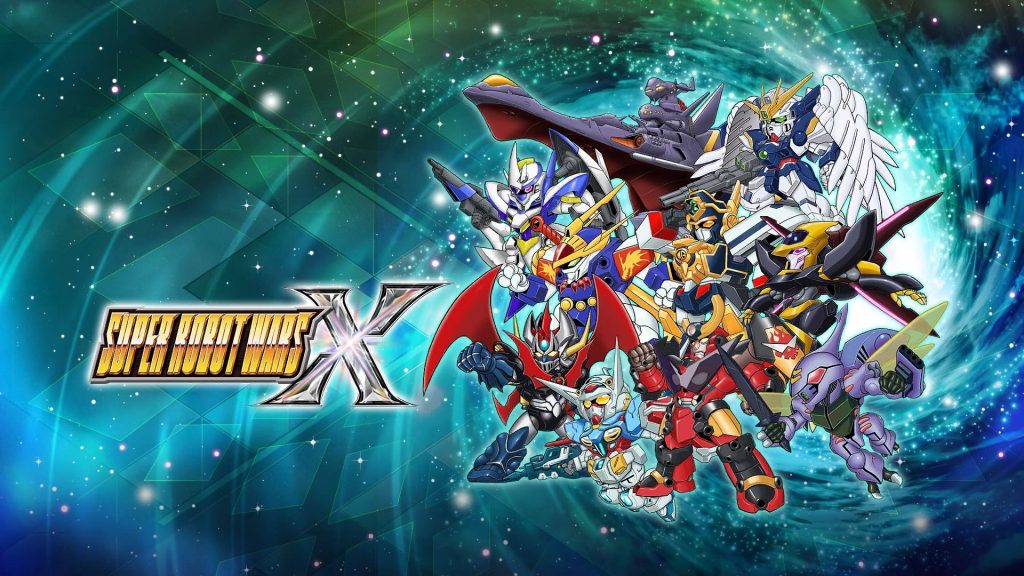 If you’re a fan of any robot anime and a fan of tactical RPGs in general, then Super Robot Wars X is a definite dream match. With so many of your favorite super robots featured here, there isn’t a lack of eye candy and nostalgia feels! You just really need to have patience as well since the game is pretty challenging to say the least. For a newcomer it might be a bit overwhelming, especially with the numerous tactics and features that the game introduces, but the game will quickly grow on you and sooner rather than later, you’ll be immersed in the super robot world faster than you can say Super Robot Wars X!

*Review was done on a Playstation 4 unit from a review code provided by the publisher.

Super Robot Wars X is a welcome addition to the series and fans who have not had the chance to play any of the past games due to importing restrictions will find that there is reason as to why the series is alive up to now. It doesn't add much, but just seeing your favorite super robots in action may just be enough motivation to play this game!Super Robot Wars X Review | Your favorite super robots are back in action, this time in English