The Next Playable Character For Dissidia Final Fantasy NT Will Be Revealed on May 15. 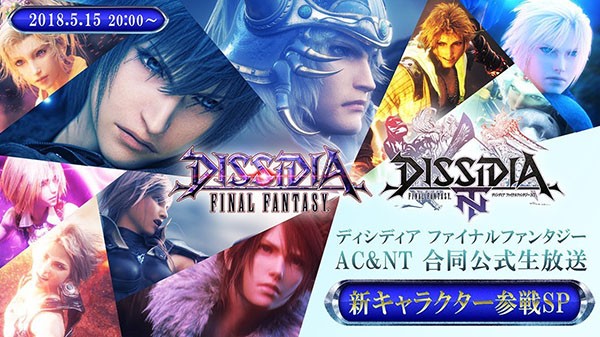 On May 15 20:00 JST, Square Enix will host a special live broadcast for their Dissidia Final Fantasy NT for both the PlayStation 4 and arcade version. From the looks of it, the company will reveal a new playable male character from the first half of the numbered Final Fantasy series. The new fighter was previously teased as one of the six post-launch downloadable content characters.

The 90-minute live stream will feature prominent figures in the industry including narrator Masao Koori, Famitsu writer Bunbun Maru, voice talent Marika Kouno, Dissidia Final Fantasy producer Ichiro Hazama and the director of the game himself, Takeo Kujiraoka. There will be other announcements to be made as well so be sure to tune in on the YouTube link above this article.