Catherine: Full Body is coming to the PS4 and PS Vita

Catherine is back to haunt your dreams! 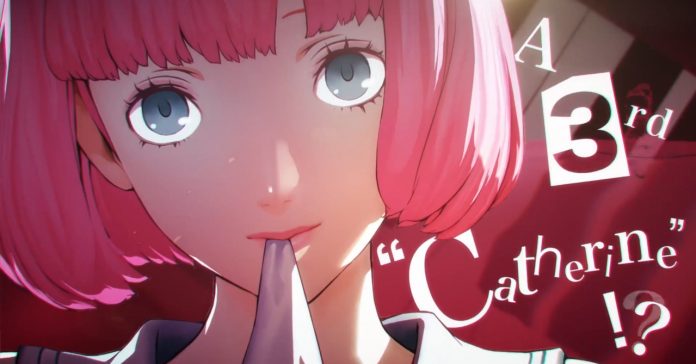 While it was revealed over five months ago for the Japan market, Catherine: Full Body has just been confirmed at E3 2018 to be released in English for the PlayStation 4 and PS Vita!

Watch the English trailer for the game below:

For those who are unfamiliar with the game, Catherine: Full Body is a remake of Atlus’ puzzle-platformer (and cult hit) Catherine, which was released in 2011. The game plays kinda like Atlus’ own Persona, in that daytime scenes play out like visual novels, while the meat of the gameplay happnes at night. Unlike Persona though, Catherine is an adult-themed puzzle-platformer.

Catherine: Full Body won’t just be a straight-up remake though, the game will feature a third girl named Rin, new sexy events, and a wide range of difficulty options.

If you’re looking for a risque gaming night, look no further than Catherine: Full Body, which will be released some time in 2019.